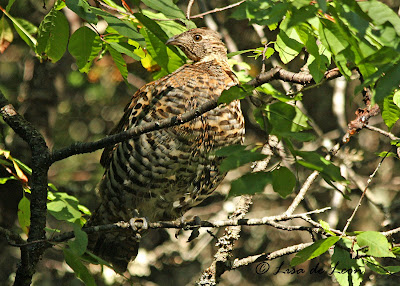 The Ruffed Grouse is considered a game bird and this is the season.  Since March of this year, I have seen about five Ruffed Grouse and heard the loud, deep drumming of at least five more. These birds are not always easy to see because of their camouflaged markings and because they stay deep within the brush of the forest, either on the ground or on the tree branches. 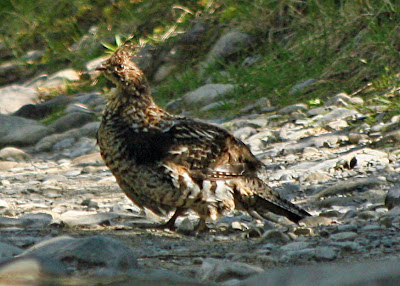 My reading tells me that the Ruffed Grouse comes in a gray and a red morph. As I review my pictures, I would think that these are of the red morph. Yet, the field guide suggests that the red morph occurs in the Pacific Northwest and the Appalachians. It will take someone with more knowledge than me to confirm if this is the red morph in the Atlantic Northeast. 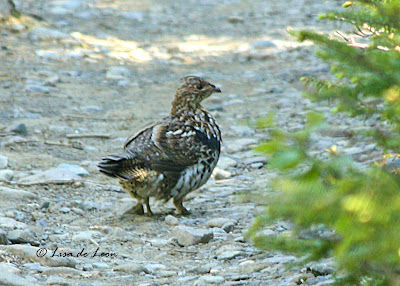 I came across this Ruffed Grouse while walking a trail in Goulds, Newfoundland. It wasn't startled by my presence but was not too keen to get really close to me. It walked along ahead of me on the trail and kept looking over its shoulder to see if I was still there. 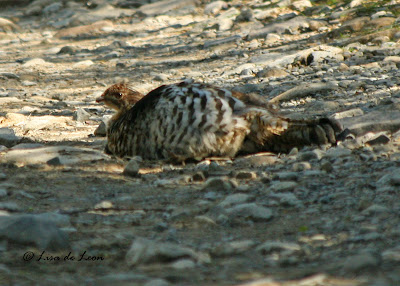 At one point, it threw itself on the ground. It appeared that it was having a dust bath but after reading about this bird, it may be performing its wounded leg routine to protect nearby young. 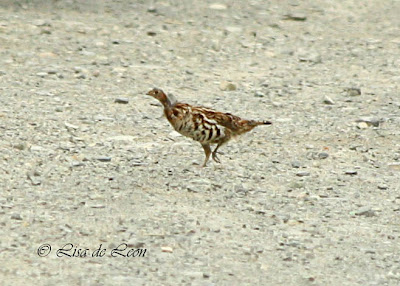 I came across this Ruffed Grouse on yet another trail quite a distance from me in Goulds. I am quite certain it is a Ruffed Grouse because it does have a crest but the markings are different. There is no black patch near the tops of the winds and the breast markings are sparse. Maybe this is a juvenile, but I could not confirm with other pictures. If anyone would like to comment, please do.
Posted by Lisa de Leon at 10:37 AM