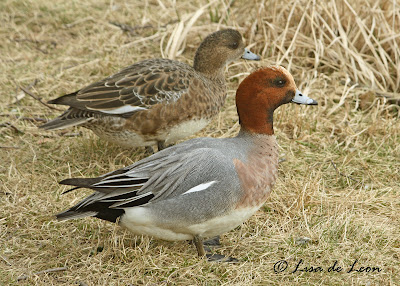 Several Eurasian Wigeons joined a group of American Wigeons to spend the Fall and Winter in St. John's, NL. It is even more rare for the Eurasian to be here than for the American Wigeon as they are more often found on the west coast of the U.S. 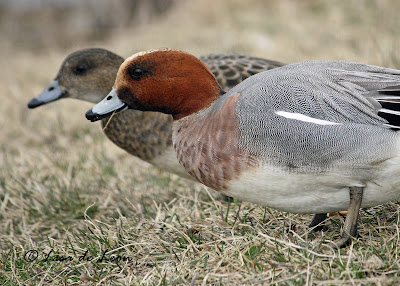 These small ducks, smaller than the American, came and stayed in pairs where they mowed the grass and dabbled in the waters of Long Pond and Burton Pond in the city. While considered rare visitors, they are somewhat regular. There have been no reports of any wigeons yet for this Fall. These shots were taken during January 2010. 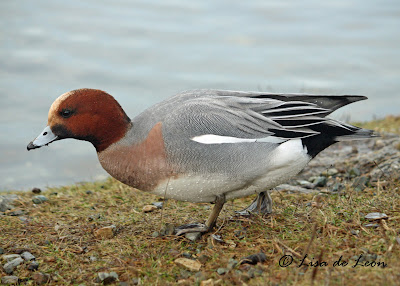 Like many of the small ducks, this bird has a blue-gray bill with a dark tip. There also seems to be a small tip on the end of the bill to help the bird break open shells. The colors of these wigeons is not their brightest breeding colors, but they are still very striking. 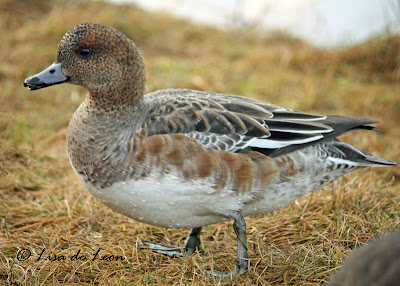 The female seems to have a smaller body and bill than the male. I don't know if this is typical or if this is a younger bird. 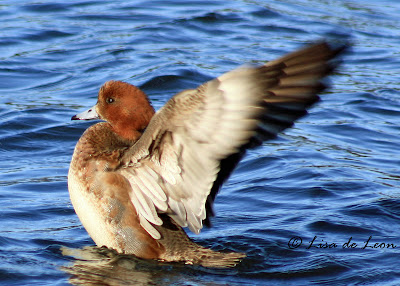 I particularly like this shot where the Eurasian is flashing his wings following a dip in the water.
Posted by Lisa de Leon at 9:56 AM