Take a Look at This

I have not done much birding over the last two years or so.  It was very easy to fill up my time with other things.  Little by little, I spent less time roaming around the city and trekking through the woods. Despite that, I have birded a few out-of-the way places with some luck, but I found nothing like the rarities that have shown up here this year.

Many times, I opted not to go see some birds I have never seen before, but there were some I just couldn't ignore.

Among these were six great birds that I have not seen in Newfoundland or never seen at all.

Reaching back in my memory, I think the first of these was a Redwing that showed up in early 2021 in the backyard of a birder.  It stayed around for several days so I was able to see and enjoy it leisurely. 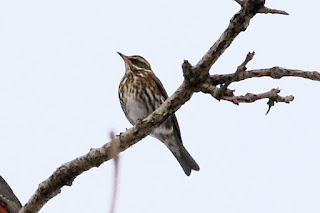 Thinking this was my treat for the year, I settled in to making the most of winter by snowshoeing and cross country skiing.  Birding was out of my mind.  Then....boom! Another great bird arrived.

A Fieldfare appeared in the crown jewel of the city's parks, Bowring Park.  I had only heard stories of this species being around.  I even made an attempt to see one in Central Newfoundland several years ago, but dipped.  That made this a must-see bird.  I only stayed long enough for the Fieldfare to put in a brief appearance.  This has been the year of record shots, no real photography going on here. 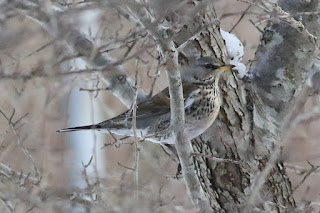 I was really surprised and pleased to see these two great birds. My winter gift!

I believe it was in April that a White-breasted Nuthatch showed up in a yard in Pouch Cove.  I couldn't believe it.  I made a quick trip (about 20 minutes north) to see this little bird. I didn't stay very long so I was happy to have this record shot of this great little bird, but the best images are in my mind's eye. 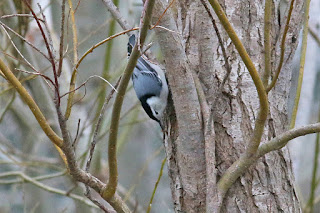 This had to be it for the year. Three great birds, very accessible, just dropped out of the sky. But... this was not the end of the parade of good birds.

Fall migration sent us a Green Heron less than 20 minutes away in another direction.  This one was nice to see.  Last one I saw was in Arkansas, and I really never imagined I would see another.  This one was found in an out-of-the way location, not frequented by many birders. 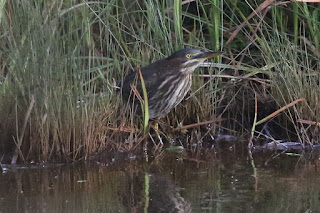 Then, even closer to home came two extremely rare-for-our-area western species.  Close in proximity and in days of arrival were a Long-billed Dowitcher and a Western Tanager. 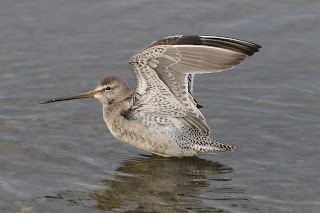 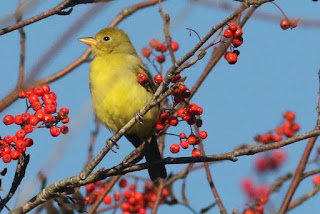 These rarities are only the ones I have seen. There were other great birds that showed up around the province.  What is causing this influx of lost birds? There is no doubt the cycle of weather played a huge hand in bringing them here.  Is this a result of climate change?  Who knows for sure, but tracking patterns over the years to come will provide enough data to enable more accurate speculation.

Since it has been a long time since my last post, I would like to thank those who have continued to visit this blog and message me.  The blog crossed the half a million mark of visitors from around the world. I never imagined that when I started this many years ago.