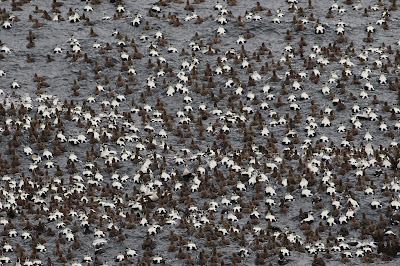 After Bruce's report of 10,000 eider at Cape Spear yesterday, I decided to head out to see what remained. When I arrived, I found two large flocks sitting offshore. Soon, they merged. Wow! It is impossible to imagine how many bird were sitting on the water, but when they lifted off the sky darkened. There, indeed, were thousands. In typical eider fashion, they seem to send a scouting party close to shore to check it out. Then more come and more and ..... 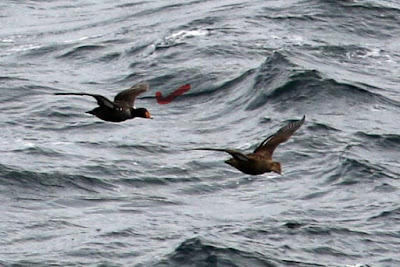 This trickle of birds moving into the waters below me gave me a chance to really look at them. This was the first King Eider that came close. With Bruce's help, I learned this is a first winter male. 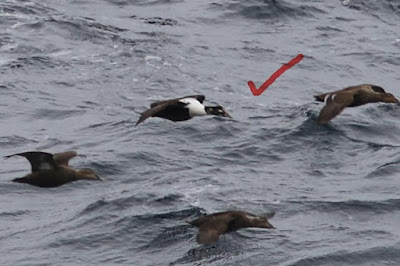 Then, came a first winter Common Eider. There is a big difference between these two species. 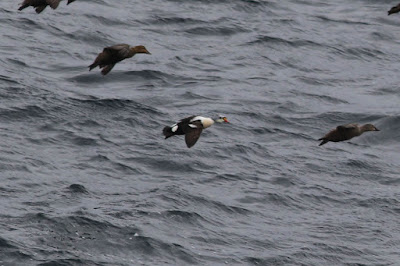 At last an adult King Eider moved in. 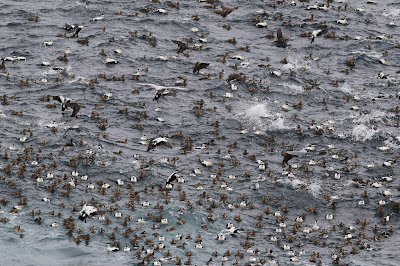 The numbers picked up, and they were moving in quickly. This was wonderful. I was going to get a real chance to study them. 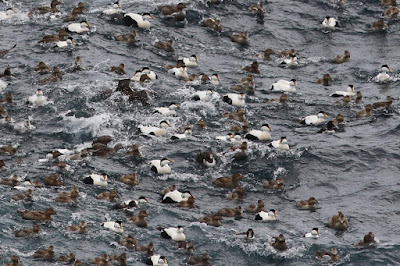 I crept along the snow mounds and rocks to get into a better position to watch and photograph this group just below the lighthouse. 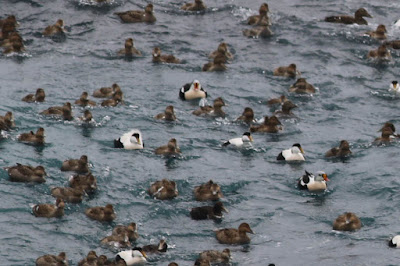 More King Eider appeared in a variety of variations. The most I counted in this nearby flock was nine males, and it wasn't even a quarter of the flock still sitting offshore. 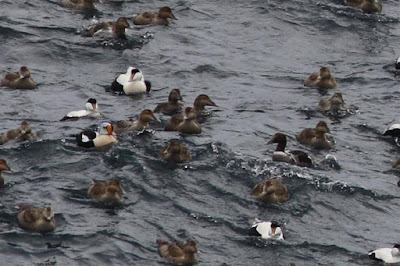 Can it get any better than this? I should mention this didn't all happen in five minutes. I was there for nearly two hours waiting for this to happen. 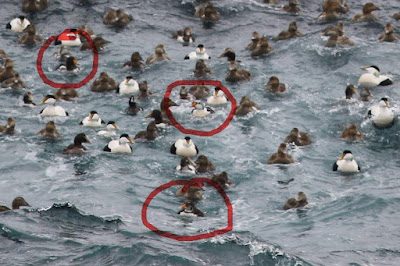 In this shot, there are three King Eider, each one in a different plumage. Very interesting! 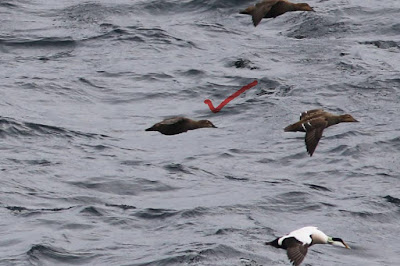 Then, in flew what I think is a female King Eider. The smaller body size, the beak and the mark over the eye is the basis for my ID. 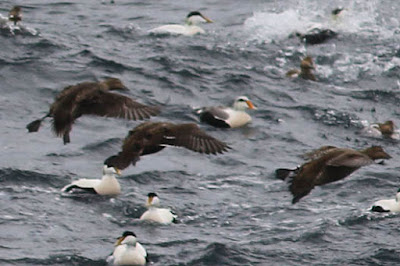 Then, appeared yet another different plumage. Bruce has advised me this is a hybrid Common/King Eider. He notes this is rare, but does happen. 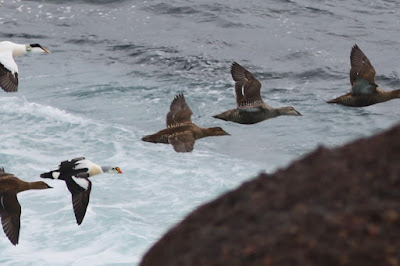 Another adult male King flew in. This was phenomenal. 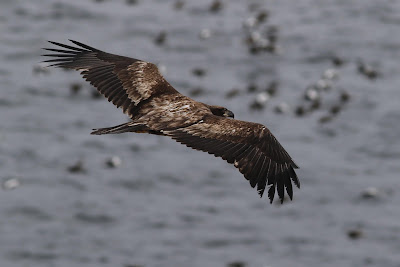 Then, this happened. This juvenile Bald Eagle flew over my shoulder and spoiled everything. 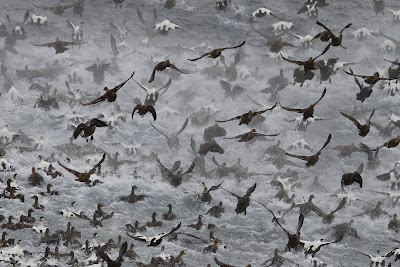 The flock was very quick to react. Some flew South and others stayed put. 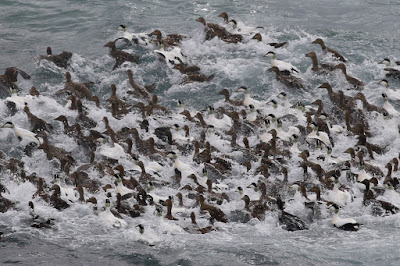 Soon, they lifted off heading North. The eagle tried for five minutes to get breakfast. Obviously, it still needs to hone its skills. All eider survived. The flock soon settled offshore again. I knew it was going to be a long time before the birds felt safe enough to return inshore to feed. 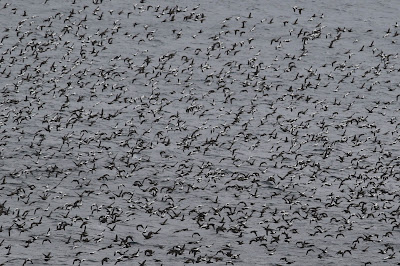 It wasn't long before a large fishing vessel entered the scene and upset them again. Too cold to wait, I headed to the car shaking my head in amazement. If the weather had been better, I could have stayed all day:)
Posted by Lisa de Leon at 9:18 AM 1 comment: