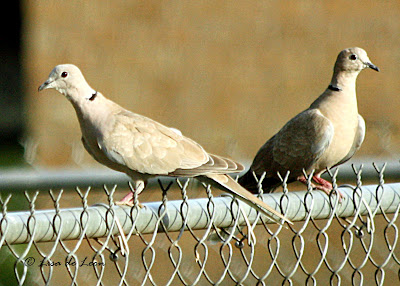 The Eurasian Collared Dove is very common throughout the mid and southern United States. It is lighter in color than the Mourning Dove who it closely resembles. It has a distinctive black crescent-shaped collar on its neck. It also has a red iris which is different from the Mourning Dove. It can also be as much as three inches longer than its counterpart. 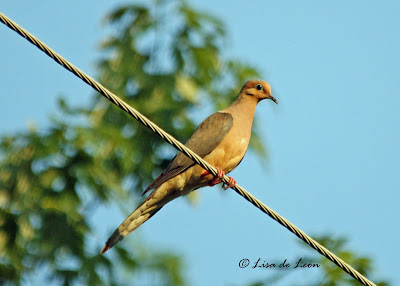 These images were shot in Little Rock, Arkansas. It wasn't until today that I identified them. At first I mistook them for the Mourning Dove but realized that there were a number of differences. I think I will be able to differentiate them easily in the future. This shot was taken in the so-called Golden Hour in the morning. It really adds to the richness of the color. 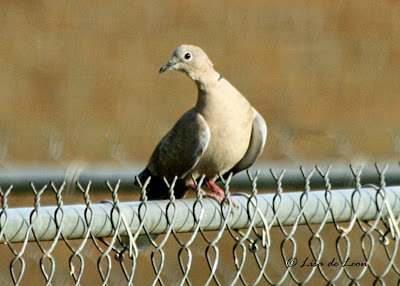 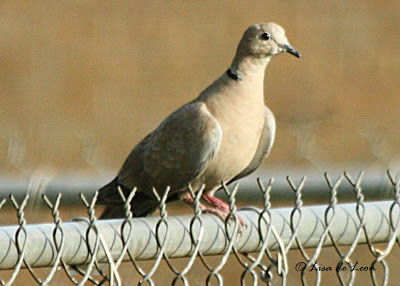