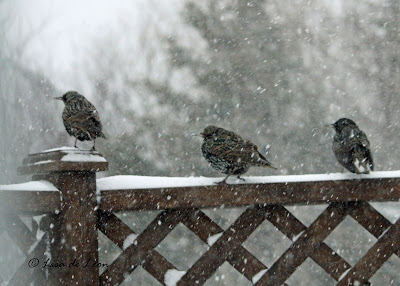 Since last winter I decided to try to document some of the many transitions that the European Starling undergo on their way to maturity. Winter, Spring, Summer or Fall, these birds are in my yard. Sometimes there are so many that I can't count them all. This group of adult European Starlings looks very small because they have tightened up their bodies for protection from the wind and snow. 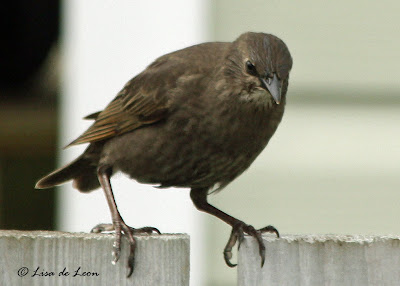 Alas, Winter passes and Spring has brought many, many new European Starlings to add to the already too-many numbers. The juvenile European Starling is a brown, sooty color with very little color on the body and only a tinge of gold on the wings. It somewhat resembles the female Brown-headed Cowbird at this stage. 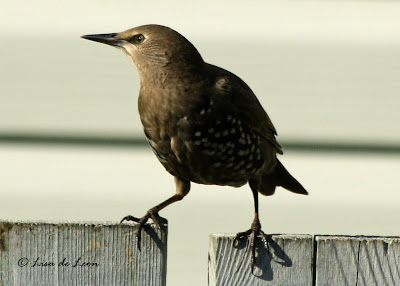 As Spring passes into Summer, the sooty little bird begins to develop some breast markings that clearly identify it as a European Starling. An aside:  I wonder why there are very few of these birds in Central Newfoundland when there are so many on the Avalon Peninsula. 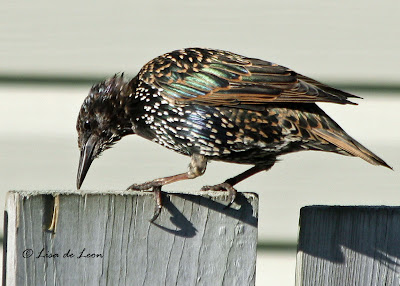 Summer draws to an end and by now the juvenile European Starling has developed a strong iridescent color all over its body. 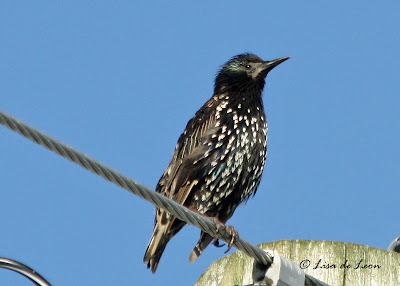 In this shot, the head looks black and the bird has a mussy hair-do. Despite the nuisance nature of these birds, they are really something special to look at. 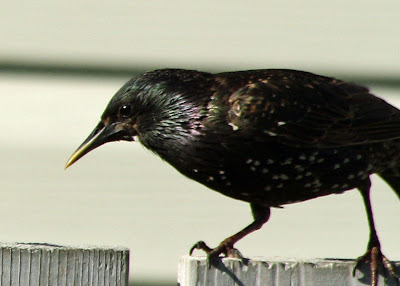 This is a mature European Starling as the yellow on the bill indicates. By this stage all of the scraggly look of the immature birds has disappeared and the bird is sleek and colorful. Often these birds are seen in large flocks that sit on wires or perform an areal act waving through the sky. It is worthwhile isolating one or two birds and really looking at the amazing mix of colors all over their body. 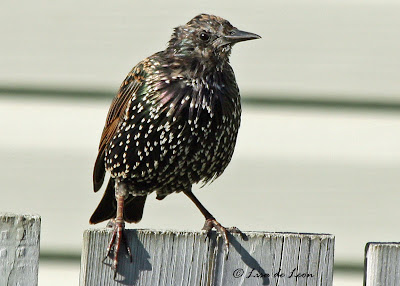 This immature European Starling is moving very close to the look of the mature bird above, but the bill is still black. 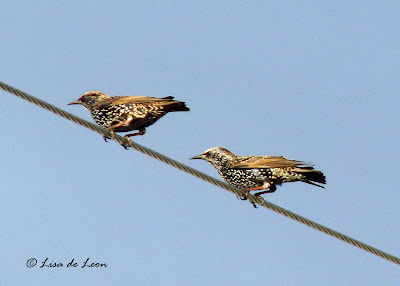 In this image, the birds looks different from any other picture. The mix of brown on the wings catches the sun and makes them look like some exotic tropical bird. 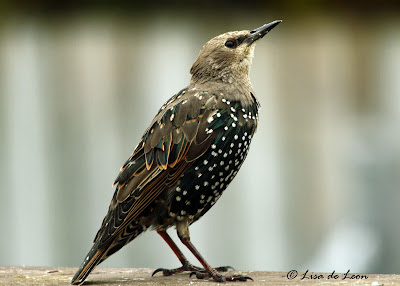 It was this juvenile European Starling that landed on my deck this morning that prompted me to organize my Starling pictures and post this blog. The mix of green and gold on this bird has not yet developed the iridescent color. This is a beautiful example of a fall-coloured bird.
Posted by Lisa de Leon at 2:23 PM