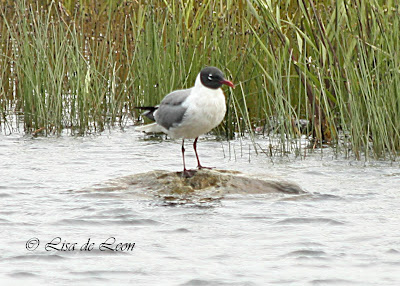 The Laughing Gull is a rare gull in Newfoundland. In the spring word went out that there was a Laughing Gull at Kenny's Pond in St. John's. Without hesitation, I grabbed my camera and headed over for a look. I could see it from the far side of the pond, just as I could see two birders standing up with their "big gun" cameras. They were tossing food to it. It seems that this bird will take food in mid-air when thrown by a human. I walked as fast as I could to get to the other side. 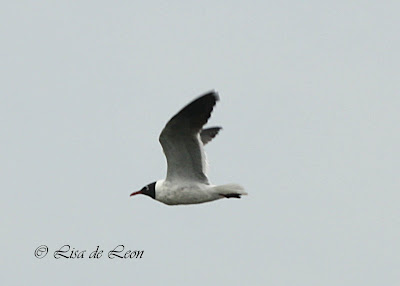 When I got there, I started shooting pictures right away and it is a good thing, too. In less than one minute, the Laughing Gull lifted off its rock and flew away. These are no great shots but it came close to being no shots at all. 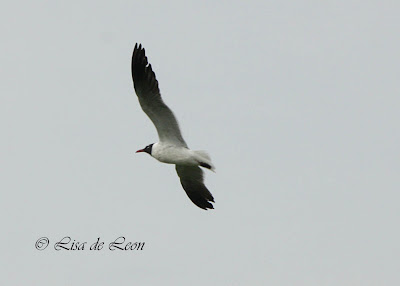 The Laughing Gull is named for its laughing sound that it makes. It is common to the eastern seaboard from Maine southward extending down into the Gulf of Mexico. Apparently, it has a habit of stealing food right out of the Brown Pelican's pouch when it surfaces after a dive. It is also reported that this gull will hitch rides from one boat to another to travel great distances.
Posted by Lisa de Leon at 5:48 PM