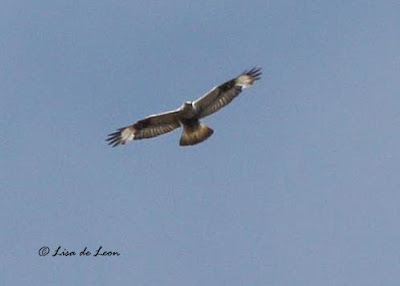 The Rough-legged Hawk got its name from the feathers that appear on the legs of this bird.  This hawk tends to fly lower than most other hawks but they only circle a few times and then move on to circle another area. Opportunity for pictures is limited. 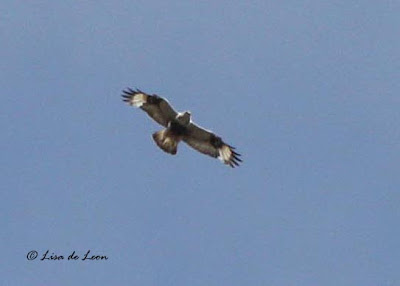 This is the dark morph of the Rough-legged Hawk. These birds are fairly common in Newfoundland but this one showed up fairly early in the year. 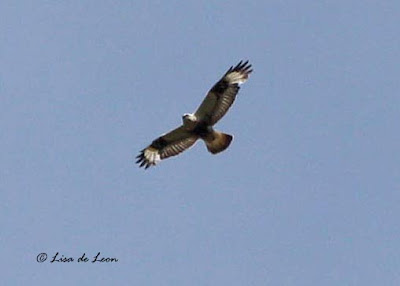 This raptor is between 46 to 71 cm with a wing span double its size. 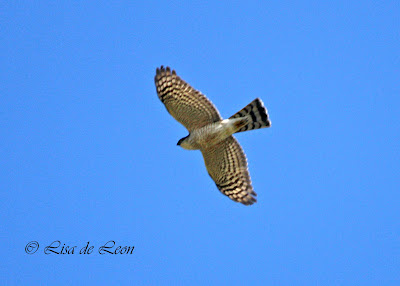 This is the light morph of the Rough-legged Hawk and is rare compared to the numbers of the dark morph. I found this bird on the North Avalon. Like many sightings of raptors, I am in my car. This means that I have to find a place to pull over, stop the car, grab the camera and jump out. With any luck, the raptor is still close enough to photograph. 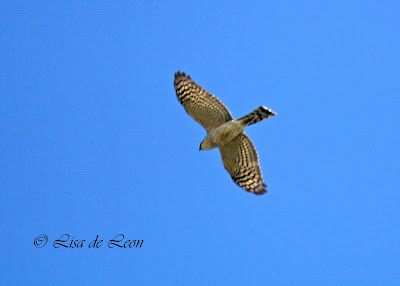 It was a beautiful day when this hawk appeared. The lighting and blue background make it easier to view its distinctive markings.
Posted by Lisa de Leon at 10:08 AM