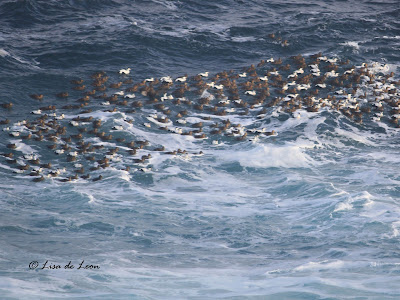 Common Eider can be found around the coast of Newfoundland several months out of the year. It was in December of last year that I came upon a raft of Common Eider that had several hundred birds. The males are black and white and the females are brown. 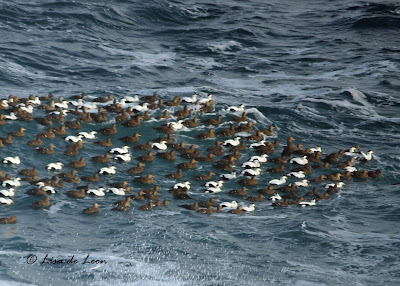 It is very entertaining to watch them drift and heave and hove with the waves.  While I stood shivering in the cold air at Cape Spear, they seemed perfectly happy. I watched and hoped that they would work their way closer to shore but that didn't happen. 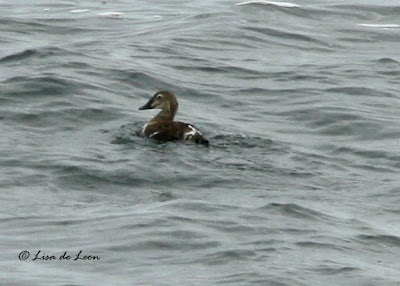 Just recently in Oliver's Cove, Tilting, I came upon this lone female Common Eider. Apparently, eider are a common sight in this area, but today there was only the one. It is not a good idea for a lone eider to stray from the raft. 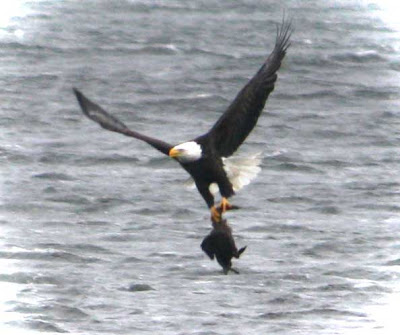 This is why. When on a tour last December to the Southern Shore, we found a single female (King, I think)eider swimming in an inlet, alone. Before we knew it a Bald Eagle swept down and lifted it right out of the water. The moral of the story is: "Never swim alone."
Posted by Lisa de Leon at 10:51 AM