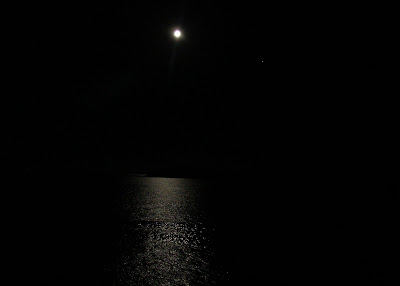 When I went to Fogo Island, I had no idea what to expect. We crossed over to the island under the cover of a full moon and still waters. The ferry glided across the glass-like Atlantic without a single roll. (What a shock!) When we arrived on Fogo Island, it was getting late and was very difficult to see much of the island. 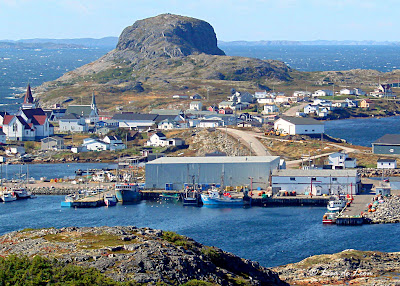 The first morning there, the sun rose on a very scenic island that is 25km long and 14km wide for a total of about 91 square miles (for those who prefer the imperial system.) The population as reported in the 2006 census is just over 2700 people scattered throughout 11 communities. When I saw all that these few people have developed, I was certain that these were a hard-working, creative, talented and committed group.  This image shows Brimstone Head which is considered by the Flat Earth Society to be one of the four corners of the 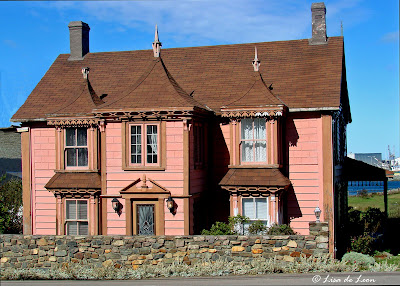 world. Brimstone Head is located in Fogo, Fogo Island.  While in Fogo we passed this grand old house that is undergoing restoration. It has a very unique architecture, as do several homes and buildings in the area. In fact, architects have studied the many unique characteristics of the structures on the Island. (For more information about the island and to view a map, visit http://en.wikipedia.org/wiki/Fogo_Island,_Newfoundland_and_Labrador 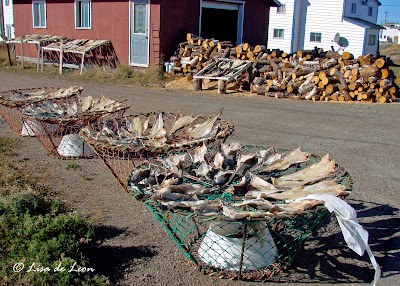 Later in the morning we took a drive through Joe Batt's Arm where we found these salt cod drying under the strong Autumn sunshine. I really liked the way the fish were arranged in the crab pots. With the fire wood in the background, I call this picture "Preparing for Winter." Note the white bag attached to the end of the pot. This is intentional and is meant to keep the birds away as it blows in the wind. 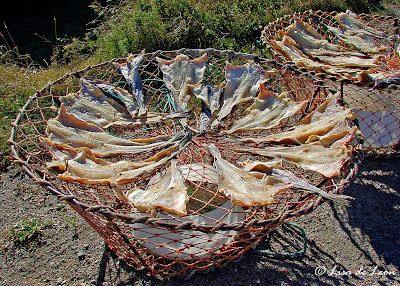 I have several more pictures of salt cod drying and will post a separate listing with just fish.  This is an image that has been gone too long from Newfoundland.


In Tilting, where I stayed, there were also many special homes and landmarks. One of the most impressive is this Artist Retreat. 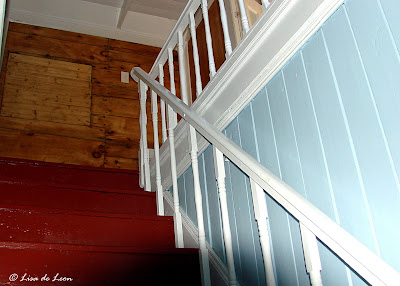 Through volunteer work and donations from the small population of 218 people, this old home was restored to its original state and upgraded with today's modern facilities. Many layers of wallpaper were stripped to review its great original woodwork, which was sanded and varnished. The home boasts three bedrooms upstairs where artists can spend their summers while creating their art. For more information about the retreat and the artists visit: http://www.townoftilting.com/artistretreat.htm 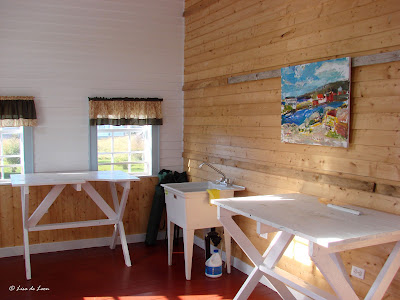 In the back of the house a "back kitchen" was constructed to recreate the original one that was lost over the years. While the dimensions remain the same, there were some liberties taken to create a high ceiling, spacious, well-lit work space for the artists. The artist work tables are actually cod splitting tables.  The painting on the wall is likely the work of Ying Li who spent last summer at the retreat. More about her work can be found under artists on the link provided here. http://www.townoftilting.com/artistretreat.htm 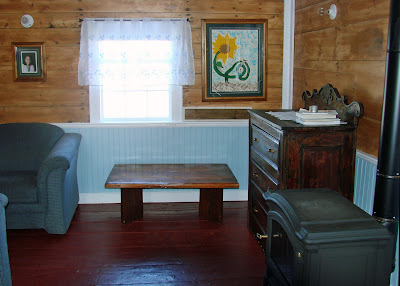 The sitting room of the retreat features the photo and the art work of an individual who inspired the development of this studio. This room provides a comfortable, warm area where artists can relax in the evening and get acquainted. The artists also provide a series of workshops during their stay. 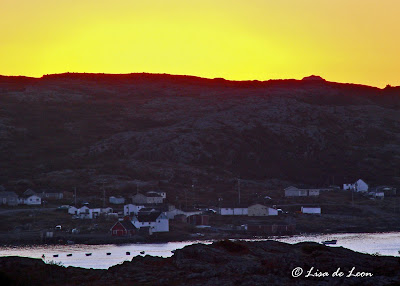 While I still have many pictures from Fogo Island to share (including some bird pictures), I will close this posting with a picture of a sunset viewed from Joe Batt's Arm taken on my last night on the island. Many thanks to those who guided my day of sightseeing and their patience while I jumped from the car on many occasions to take pictures.
Posted by Lisa de Leon at 9:55 AM