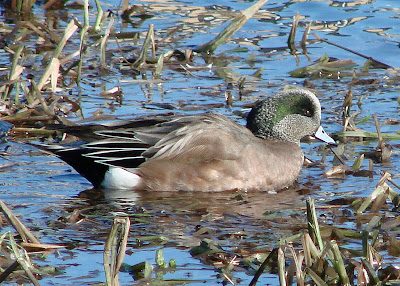 The American Wigeon is a very pretty little duck. Their head is nice but, to me, it is the finely detailed wing and tail feathers that are so remarkable. The most northern point that American Wigeons are supposed to be is Nova Scotia. Of course we all know that tourist who fail to make the gulf crossing to Newfoundland are missing the time of their life. 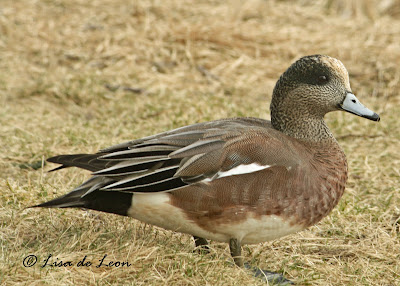 Maybe that is why these wigeons found their way to St. John's. Considered a rare occurrence, several pairs of American and Eurasian Wigeons arrived in St. John's in the Fall and spent most of the winter here. They were a delight and many birders went back to visit them time and again. 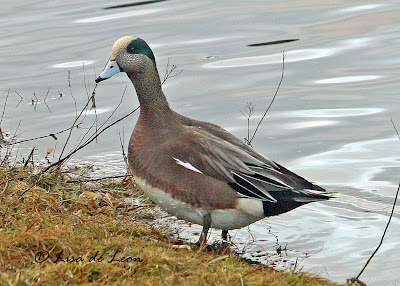 These shots are taken in three different locations around the city. At first the wigeons were difficult to approach, but after staying for a while they became as friendly as most St. John's residents. This allowed for some good photo opportunities, except for the gray days of course. 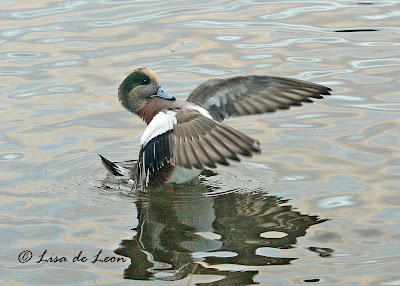 As with most birds, especially ducks, it is the male that is the most flamboyant in both color and actions. This dabbler had a graze on the grass near me and then went for a dip in the water before flaring out its wings for a dry. 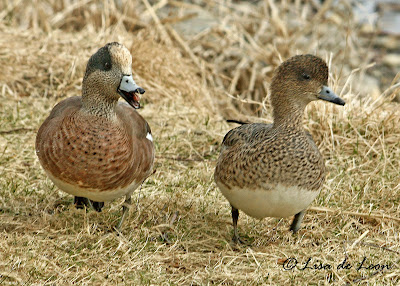 Of the behaviour I observed with these birds, I noticed that the pairs seem to be particularly close. They often walked, grazed and swam very close together.
Posted by Lisa de Leon at 9:32 AM