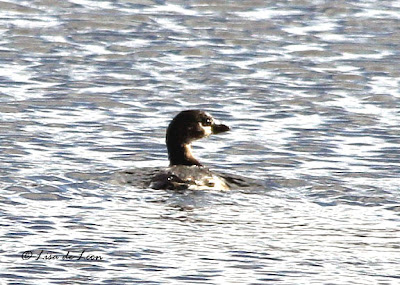 Yesterday morning dawned with some great sunshine; never mind the dark clouds on the horizon. We decided to start our Saturday with a great breakfast out and a walk around the pond. I was not really intending to do any birding or to even happen upon a special bird, but this did not deter me from taking my camera. It is my constant companion.  We started our walk around Kent's Pond that sits in the shadow of the province's government building - the Confederation Building. 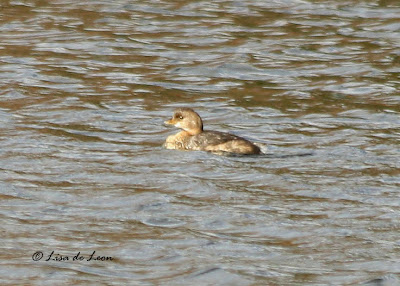 By the time we got half way around the pond, the sun had succumbed to the clouds and a nasty little rain squall came up. I tucked my camera inside my coat, and looking much bigger, we walked on. Within minutes, the sun popped out again. We were nearing the end of our walk when I noticed a small bird on the water. There were Black Ducks, Mallards, Greater Sculps, Lesser Scaups and Tufted Ducks there, but this little duck was much smaller than all the rest and was swimming alone. Once I was able to see its profile, I knew right away that is 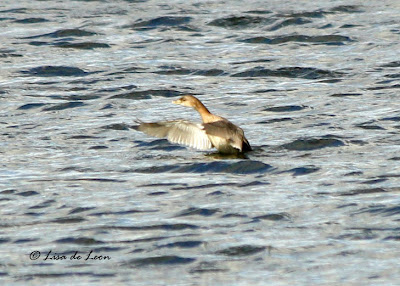 was a Pied-Billed Grebe. My lucky 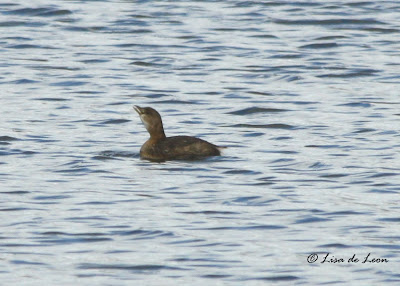 day! The bird was some distance from the shore and the sun was not working in my favour. The Pied-billed Grebe is known for its evasiveness and true to form, it began to drift even further away. I took a couple of record shots and planned to return later in the day, hoping that I could get the sun over my shoulder for the next round of shots.


When I first returned in the afternoon, the grebe was nowhere to be seen. It was nice out so I walked again. Then, 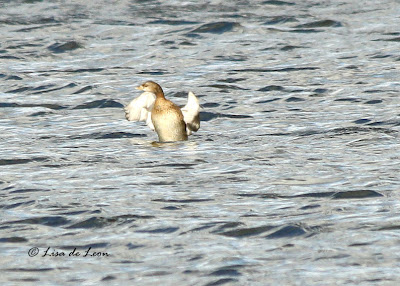 I spotted the Pied-billed Grebe nestled among some water lilies. I moved close to shore and stayed behind some trees, out of sight. Despite the fact that the grebe was very far away, I started shooting. It actually started moving toward me. I thought for sure my patience had paid off, and I was going to get a fair shot from a short range. Well, that didn't happen. Someone who was walking her dog, off-leash no less, let the dog get away and it started chasing another dog and barking, etc. This was just enough to spook the grebe that dove and didn't resurface for more than ten minutes. 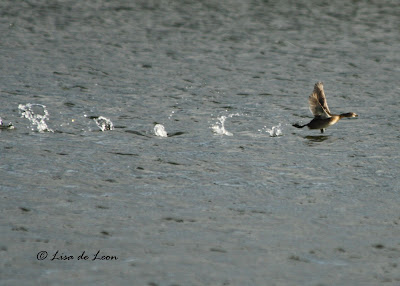 When it did resurface, it went through a wing-drying performance that I haven't seen any other duck do. It flapped its wings much like a cormorant and stayed with them outstretched for quite some time. I didn't get any great shots because the duck was too far away but I did get a chance to learn more about the behaviour of this tiny little duck. When last I saw it, it was spooked by yet another dog and it walked, ran on water to get wing and fly off to another section of the pond. This was a great sight.