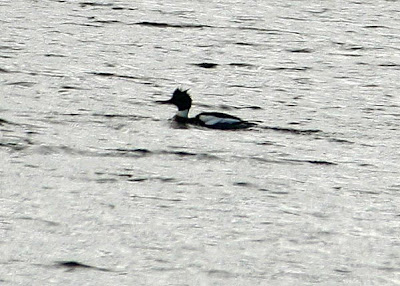 So far, I have had two opportunities to see Red-breasted Mergansers. Neither one of them were close. The first time was in December of last year on the Southern Shore. They were in salt water and quite far from shore.

The second time was in March. I took a drive around Topsail Beach to see what I could find. There, in a brackish lagoon, were several Red-breasted Mergansers. They, too, were quite far.

I was using my "kit" lens and was lucky to get any pictures at all. The 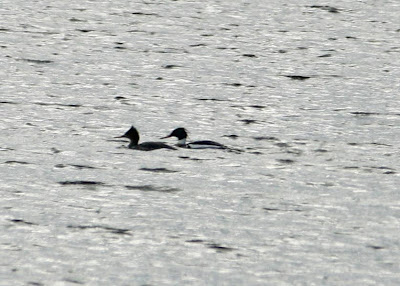 closer I move to the water's edge, the farther out they swam.   I played that game of cat and mouse until I got at least two record shots. Compounding my problem was the sun going in and out and the wind freezing my fingers to the shutter button. It's not easy to get good bird pictures.