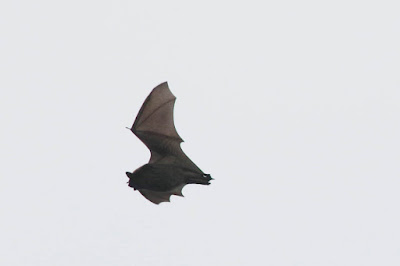 Seizing the opportunity to go birding on a sunny, not-to-windy day, I joined Ethel D. for a trip south. While it was wonderful to walk around soaking up the natural light, there really weren't many birds around. We did manage to see a few. 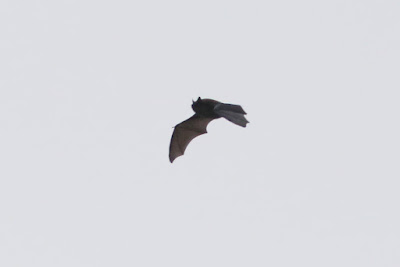 Yet, you can imagine our reaction when we came upon a small, dark "bird" with no tail flying around in a very strange way! Pulling off the road was instantaneous! Grabbing the camera to capture this flying creature was second nature. 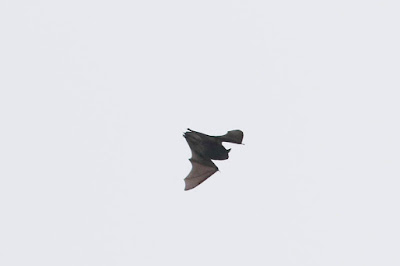 It wasn't until I got the thing in my focus that I realized it wasn't a bird at all. It was a bat! Ugh! 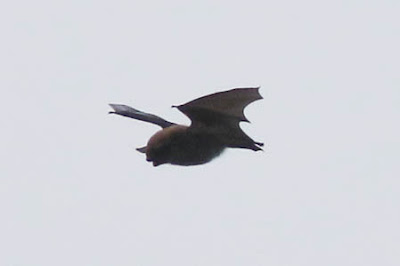 What was a bat doing flying along the road in the middle of the afternoon. This was so strange, more strange than a sunny day. 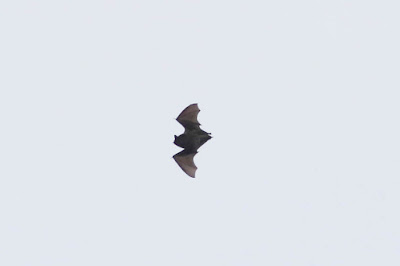 We stayed about 10 minutes and the bat continued to fly the same area. It was there when we left in dismay. I am still shaking my head. 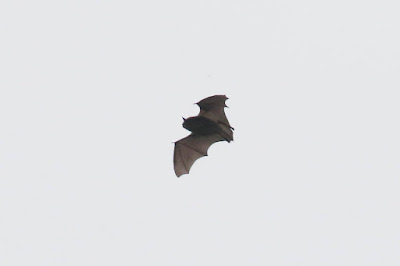 I have reported the sighting to Wildlife and submitted photos. This may in some way be significant. 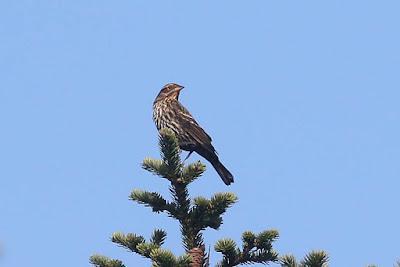 One of the main avian highlights of the day was finding this female Red-winged Blackbird. It was behaving oddly, too. Ethel kept hearing the sound of flapping wings, but we couldn't see anything moving anywhere. 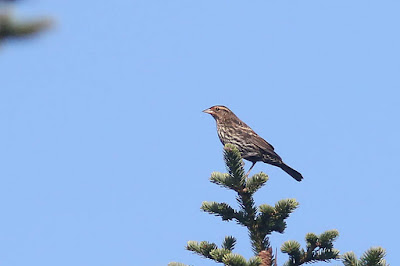 With boots on, I began walking into the boggy area. In a flash this bird bolted out of the tall grass and up into a tree where it sat long enough for us to document it. 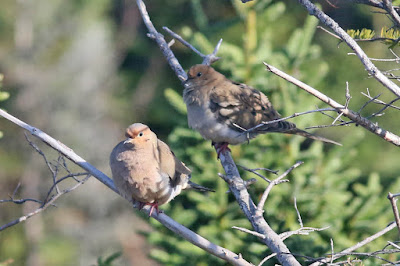 In the same area, we had the fly-by of these two Mourning Doves. Until we relocated them, we were actually hoping for something a little more exotic. Nevertheless, they were nice to see. 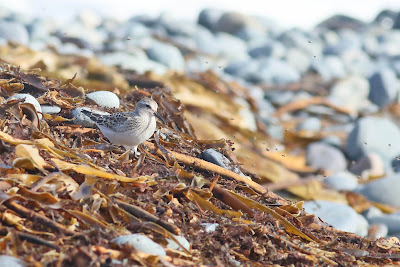 Bear Cove Beach hosted about 10 White-rumped Sandpipers, three more than we saw at Renews. I included this photo not to show the bird, but to show the cloud of flies that hovered over the kelp. these birds were eating so well, they hardly noticed us. 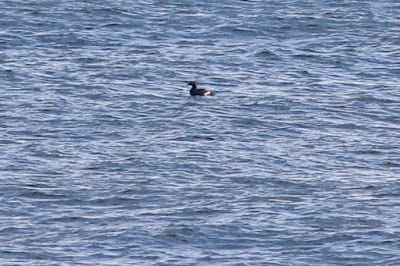 On the water sat one White-winged Scoter and a couple of other seabirds too far to identify. 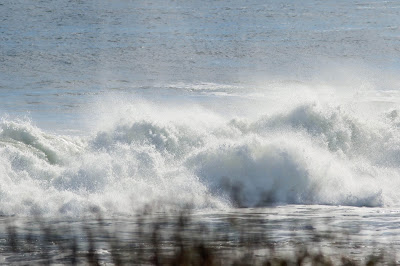 The high seas heralded the incoming storm. High surfs will occur around the south coast of the island over the next couple of days.

What does all of this mean? Well, it all just goes to show how nice it is to spend a day outdoors.
Posted by Lisa de Leon at 10:47 AM No comments: