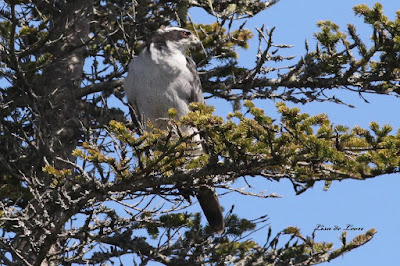 My first bird of the day, an Indigo Bunting, was the best bird of the day. Unfortunately, I don't have a single photo. I saw it clearly with binoculars through the windshield of my car. However, the minute I got out of the car, it vanished. I tried long and hard to relocate it with no success. 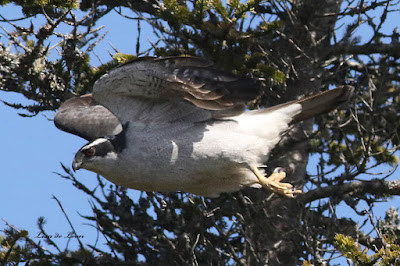 However, the sheer amount of birds around this morning was uplifting. I'm sure I saw 40 species between Cape Spear, Bidgood Park and Powers Road. It is wonderful when the sun shines, and the birds sing. Another very nice encounter was meeting up with this screaming Northern Goshawk. It was amazingly close, sitting on the branch for at least 5 minutes vocalizing. 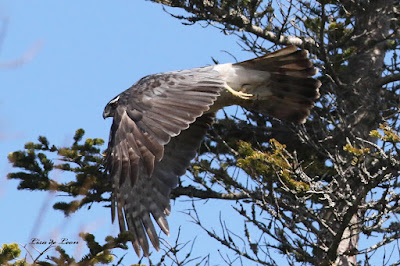 It is not often the opportunity arises to see this lovely bird so well. 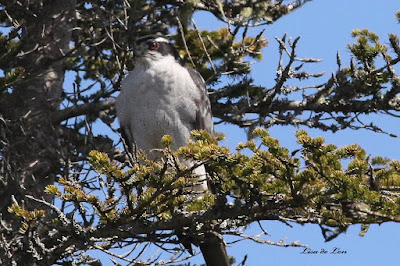 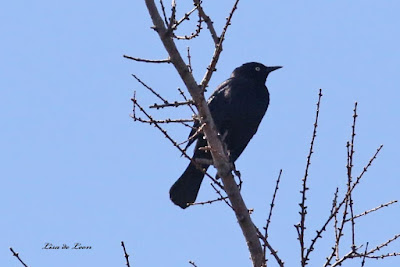 Sitting in a nearby tree was one Rusty Blackbird. The other must be on the nest by now. Both of these birds were in the area of the first pond on Powers Road. 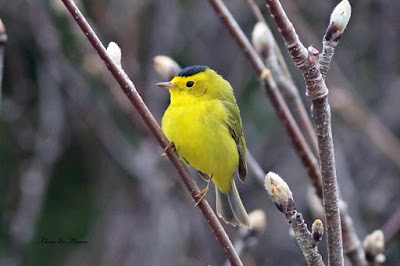 In the same area as the Indigo Bunting, there were Yellow-rumped Warblers, a Blackpoll, two Wilson's and a Northern Waterthrush. This was my first good mix of woodland birds this season. It really set me up for the rest of the day, nearly the whole day. Good conditions and good birding make the hands on the clock fly!
Posted by Lisa de Leon at 4:15 PM No comments: 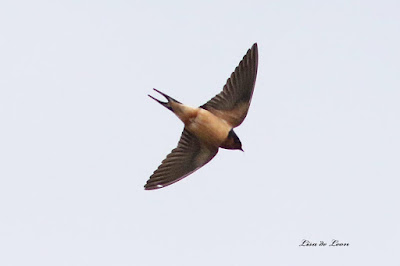 Snow, rain and a brutal North wind accompanied the arrival of swallows in St. John's. Tree Swallows, Barn and Bank Swallows (pictured below) are typical at this time of the year. A flurry of swallows nearly always show up with the worst Spring weather. They swirl over the waters in search of something to eat. This year a few Cliff Swallows accompanied the flash mob. 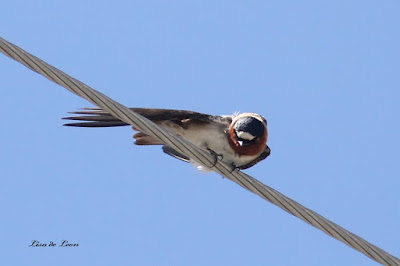 While much of the activity occurred at Quidi Vidi Lake in St. John's, a small number also gathered at Bidgood Park. It was there I got my best look at a Cliff Swallow. I have never really had an opportunity to stand and study this species. Keep in mind the sun popped out for one day this week, but the unrelenting North wind held steady. 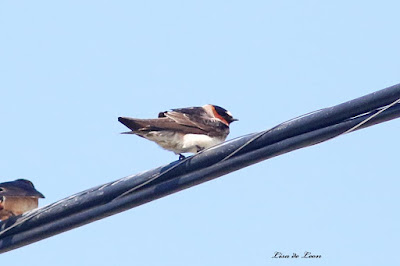 In Newfoundland, it is always a battle between the elements, the arrival of good birds and perseverance. Given our island location, it is almost a given: Bad weather equals good birds. 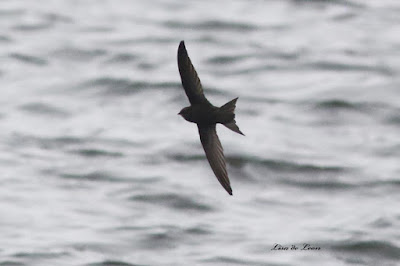 Now for the best buzz! The most exciting bird arrival in St. John's this week was a Common Swift! This bird is a draw for birders across North America. So far, it has been here for five days. Since the weather today is rain, drizzle and fog with a temp around freezing and the presence of full-on North winds, it is likely the bird will continue at QV Lake. 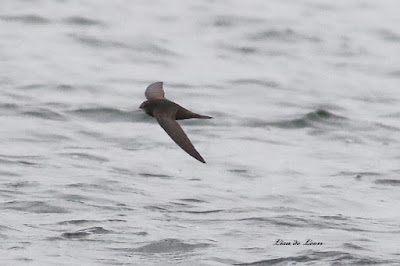 For anyone who wants to view this bird, go dressed for it: Winter boots, winter coat, hat, gloves and hand warmers. 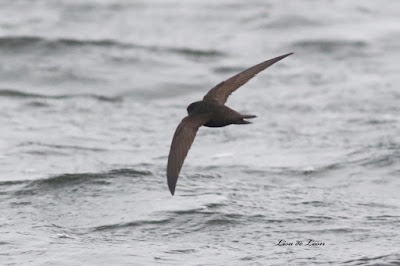 It is probable that viewers will be standing in one place for a long time tracking the steady movement of this swift. At times it will swoop in close, raising the level of excitement. 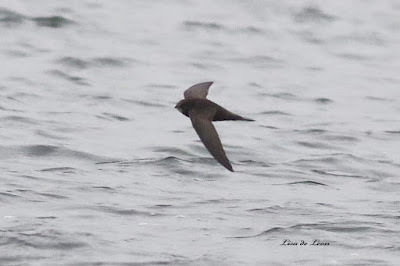 For those hoping to photograph this bird, be prepared to have lots of patience. Of the hundreds of shots I took, these are the best. Most were just a blur or a distant silhouette is in dull gray atmosphere. 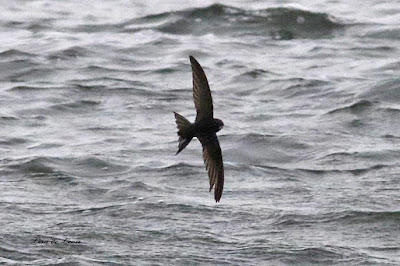 Having said all that, make no mistake, the pleasure of seeing this bird far outweighs all the hardships. I will probably go down again today just to get another glimpse of this Common Swift. 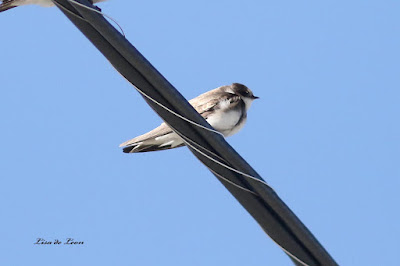 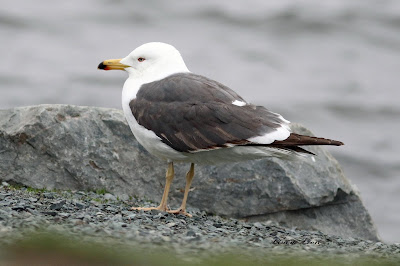 Amid all the swallow activity at Quidi Vidi Lake, I came across this different gull. It was larger and darker than a Lesser Black-backed Gull. There were other field marks that were different, too. 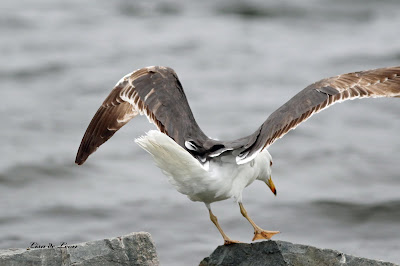 Luckily, Dave Brown was in the area and came to look at it. He figures it is a 3rd year Lesser Black-backed Gull. Good to have the experts around, because I stared at this bird for a long time. I figured it was a lesser because I couldn't find anything else to match. At this time of the year, it pays to look closely at every oddity around.
Posted by Lisa de Leon at 6:52 AM No comments: