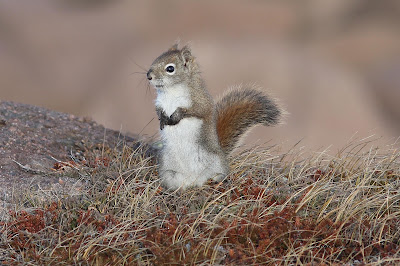 On a glorious day at Cape Spear with the temp hovering around the freezing mark and no wind, things were hopping. Even a little squirrel was feeding on the hillside. There were large flocks of waxwings and Purple Sandpipers. Smaller flocks of Long-tailed Ducks and Eider were scattered about. Among the Common Eider were three King Eider and several Black Scoter, all of which were an unexpected treat. 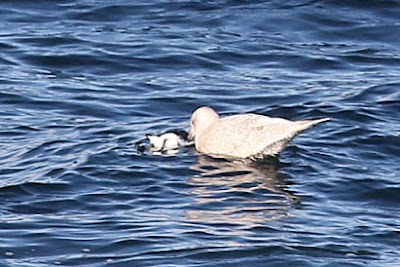 While walking down to the point, I came across nature-taking-its course as this gull was toying with a downed Dovekie. Keeping a watchful eye for other Dovekies I didn't see any flying by. I walked along the forbidden construction area and back with no luck. 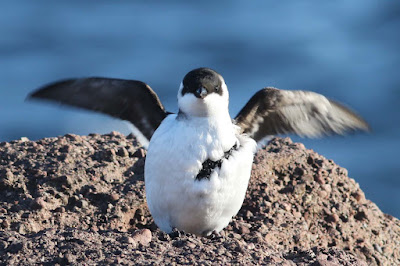 I was totally shocked when this happened. Just as I returned to the lower lookout, in flew this little Dovekie and landed about 12 feet from me. 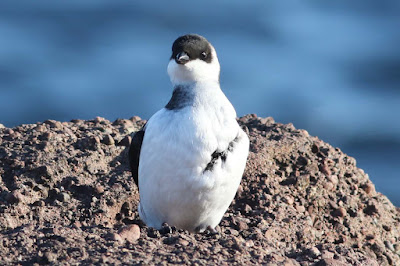 I blinked twice to make sure this wasn't a figment of my imagination. It was amazing to see this species out of the water, very close and so comfortable. It did not even seem to notice I was there. 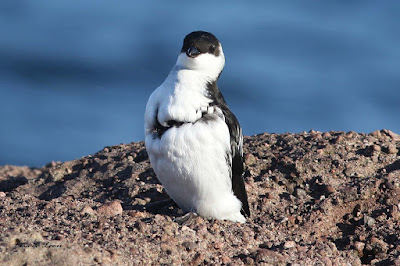 It set about preening and working on an area of its breast that appeared to have a healing gash in it. 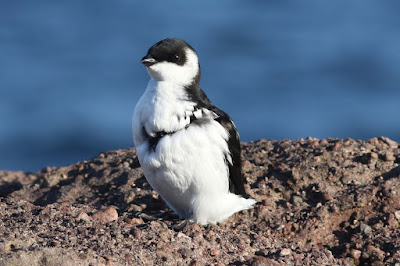 There was no indication in this bird's behaviour that it was hurting or impeded by this injury. 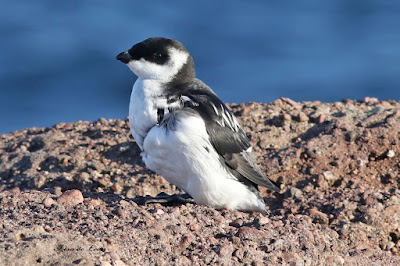 From all angles, the gash appeared to be healing. The Dovekie stayed for about 10 to 15 minutes. I kept watching the trail to see if any other birders might arrive in time to see this close-up show. Fortunately, two others arrived and got a few minutes of great viewing. 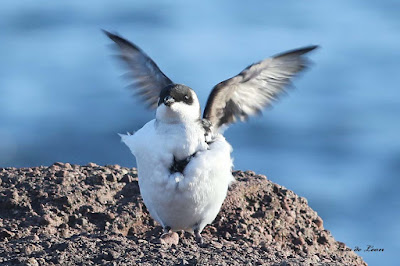 As quick as it arrived, the Dovekie lifted off and flew on its way. Cape Spear always amazes, especially on a nice day!
Posted by Lisa de Leon at 7:42 AM No comments: