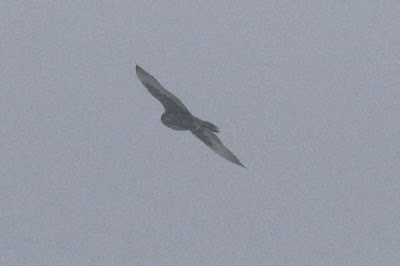 What is it with Gyrfalcons and fog??  It is impossible to get a picture fitting of this grand bird when shooting through dense, dense fog. It was so foggy at 8:30 I almost didn't get out of the car at Cape Spear. Then on a nagging pull, I decided to take the walk just before driving away. When I neared the main lookout travelling from below the parking lot, I saw this - a brown Gyrfalcon flying over the lookout and into the fog. I shot several pictures as it disappeared. 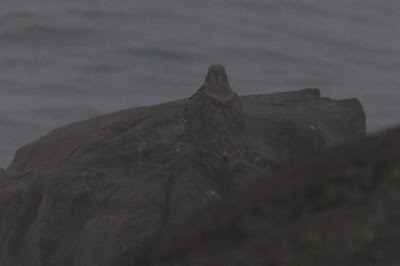 I remained standing and staring into the foggy abyss. Wow! The falcon  was gone just like that!. Within seconds, this Gyrfalcon flew in landing on a rock just 50 feet from me. Where did it come from? I didn't see it fly back in. Was this another one? It was very difficult to see through the fog and its brown on a brown rock compounded the challenge. 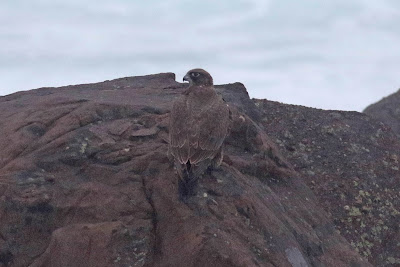 I moved into a little better position to look at it. Good view with binos.. The falcon stayed for about four minutes, and I was continuously adjusting my camera to try to get a decent photo. It was impossible. 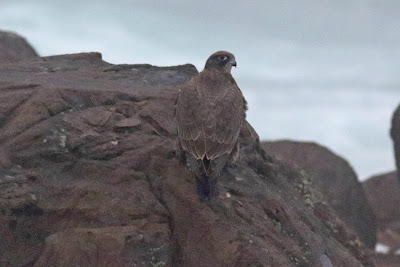 These are the best of the lot despite my efforts. What a fine bird! 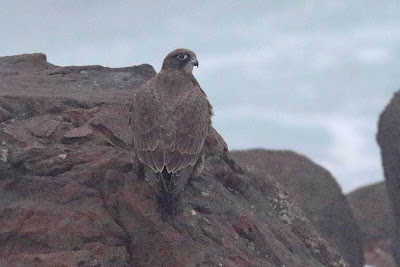 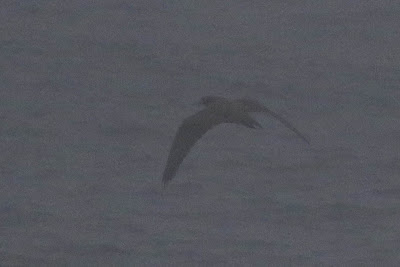 Once rested, it was off flying into the fog toward Blackhead/St. John's. Is this the one that showed up at QV at 10:30? Probably. 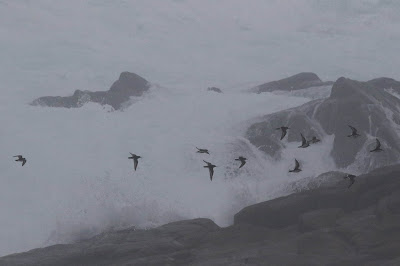 I tried to wait out the fog to see what else might be around, but the messy stuff never lifted. While waiting I had a little treat when 14 Purple Sandpipers flew by.

The road out to the Cape was very birdy with robins, chickadees, juncos,  and jays. Also saw two Pine Siskins, two Golden-crowned Kinglets and two Cedar Waxwings.
Posted by Lisa de Leon at 12:43 PM No comments: