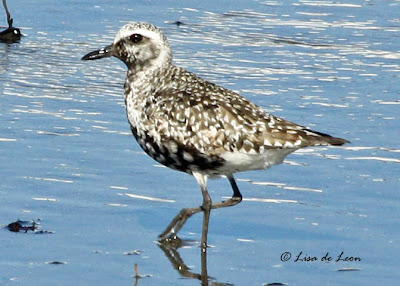 Newfoundland is one of the migratory routes for the Black-bellied Plover. In early September, I got a distant look at one but it was in Tilting, Fogo Island where I got an up-close and personal view of an adult BB Plover and a juvenile. The adult appears to be molting from its summer plumage into its winter plumage. 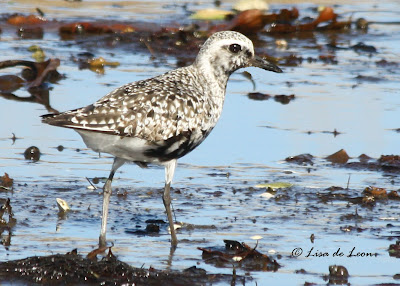 These birds must frequent this little cove often because while not particularly welcoming to me, they were quite tolerant. As can be seen in most photos, they are walking away, not toward me. 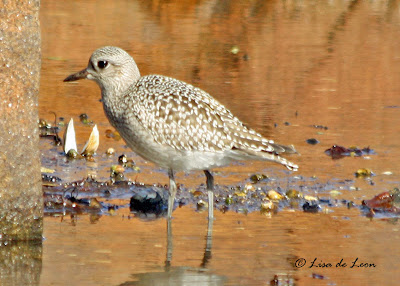 This juvenile Black-bellied Plover fooled me at first. I thought it must be a sandpiper of some sort. Yet, it was too big for most varieties of sandpipers. I began reviewing my field guides and learned that this is a young plover. 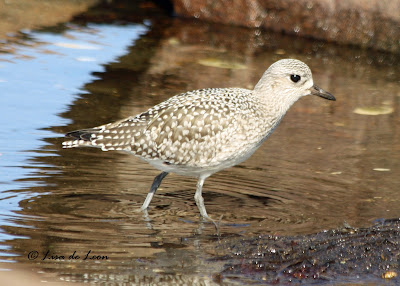 The slightly speckled plumage seems to change color depending on the surrounding background. 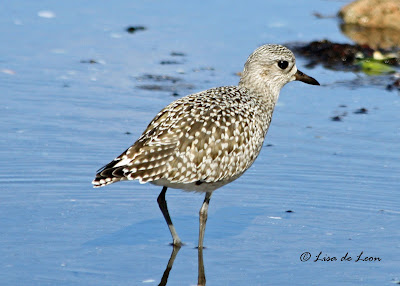 There were several juveniles staying close to a pair of adult Black-bellied Plovers as they fed on the exposed beach at low tide. 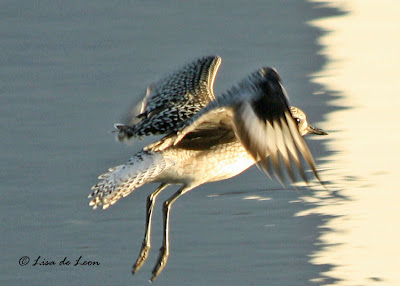 At one point this little juvenile got a little uncomfortable with me and decided to move to the other side of the cove. This shot offers a good look at the wing pattern in flight.
Posted by Lisa de Leon at 9:32 AM