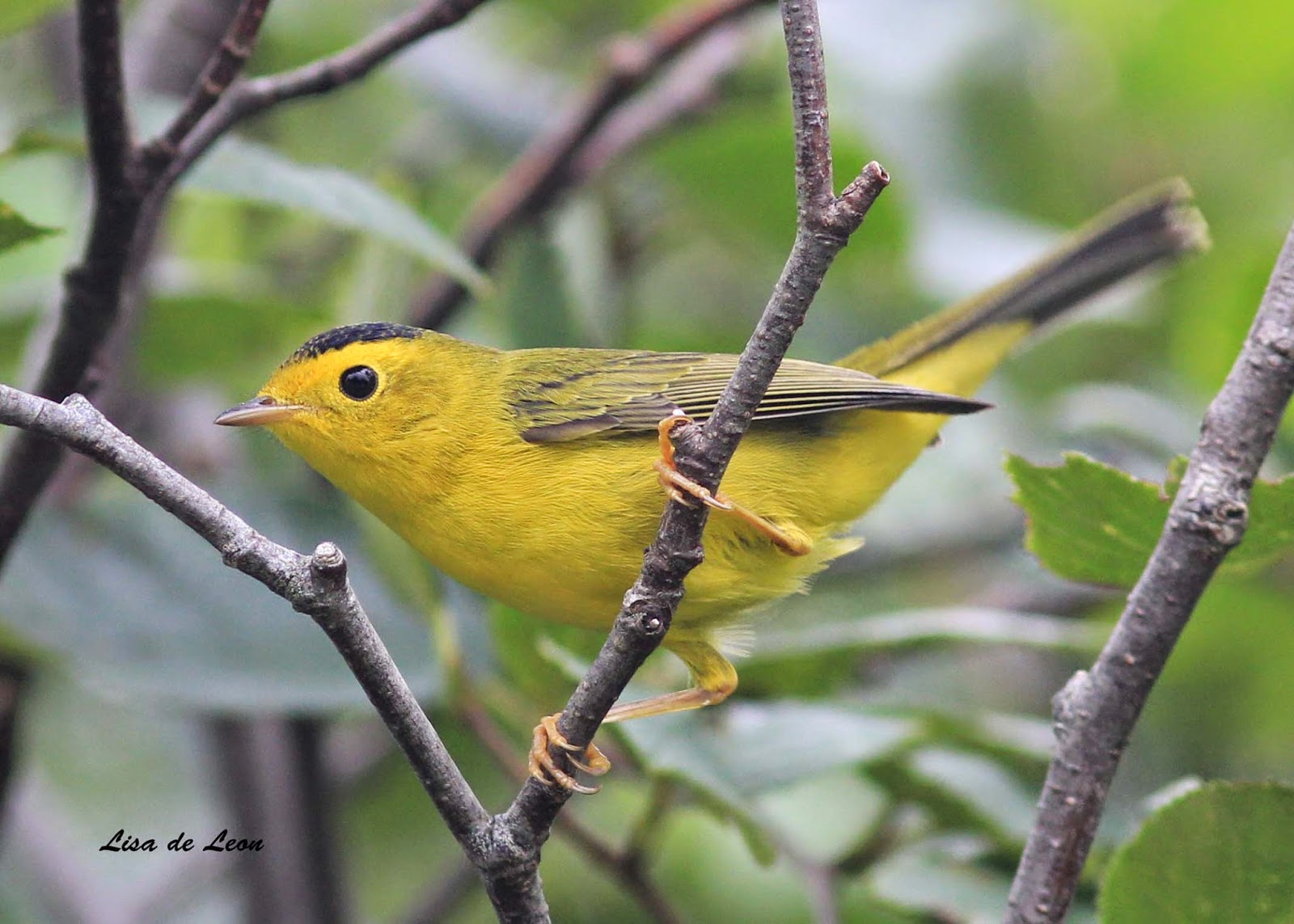 Regularly during the year, I have visitors to this site inquiring about a small yellow bird in Newfoundland. While I have posted most of these images before, I have never put them all together. 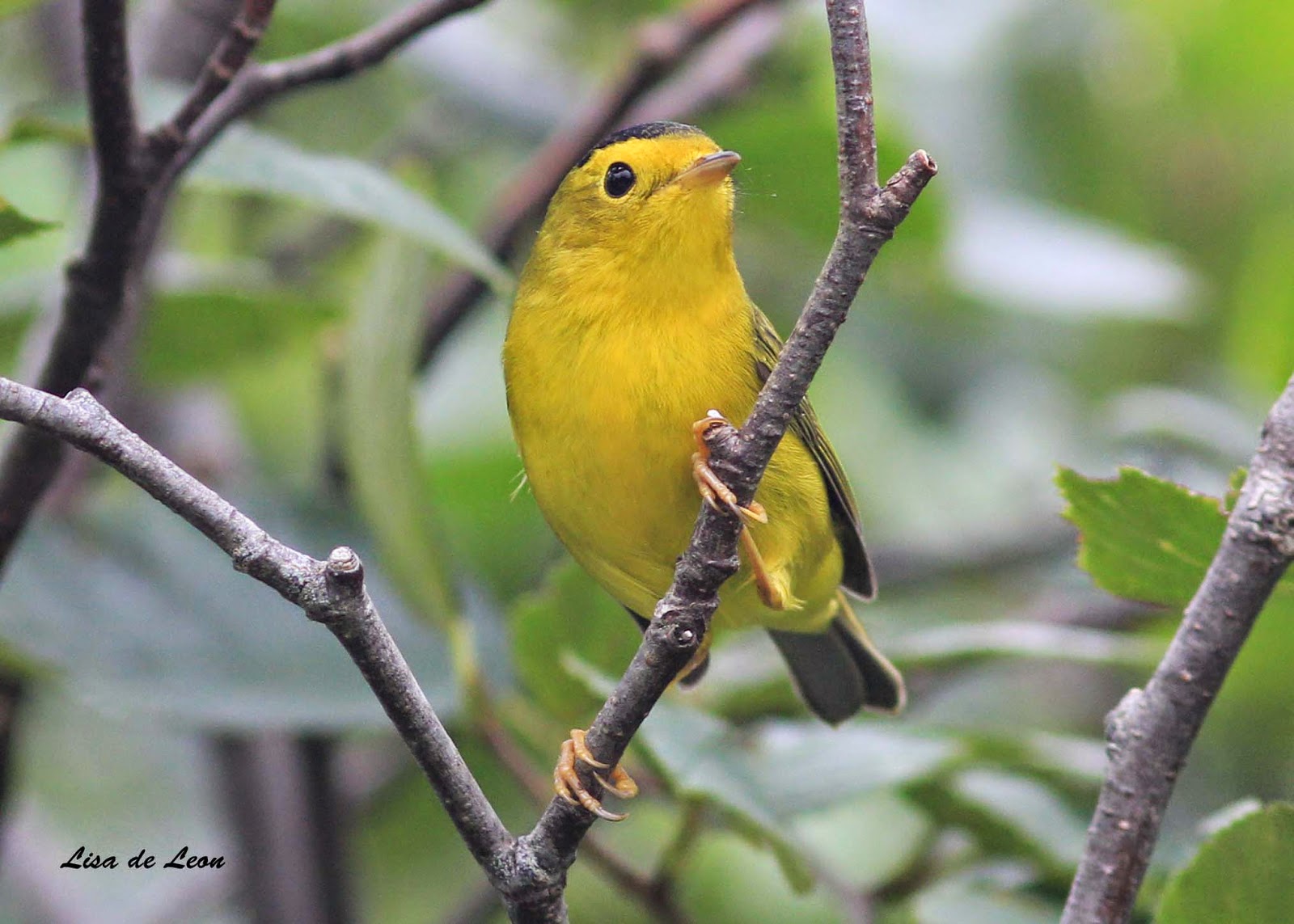 There are three common small yellow birds seen here over the summer. This Wilson's Warbler is often described as a small yellow bird with a black cap. These birds are often seen at about eye level or lower as they forage for insects. This species is typically seen from late May to late August or early September. 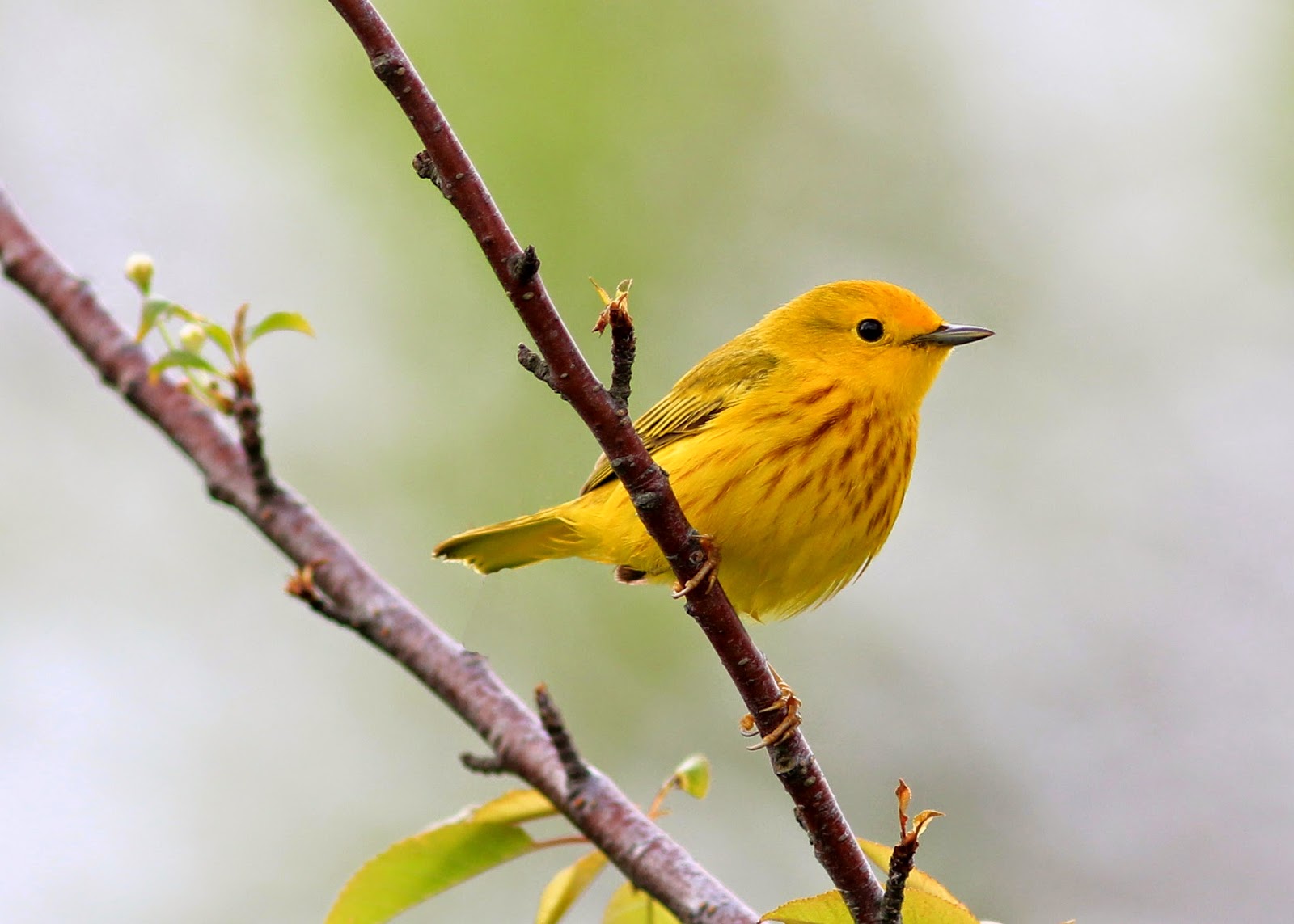 The Yellow Warbler is also present during the summer months. This images is of a spring male Yellow Warbler. The reddish streaks of its breeding plumage are bold. The streaking tends to fade as the season progresses. 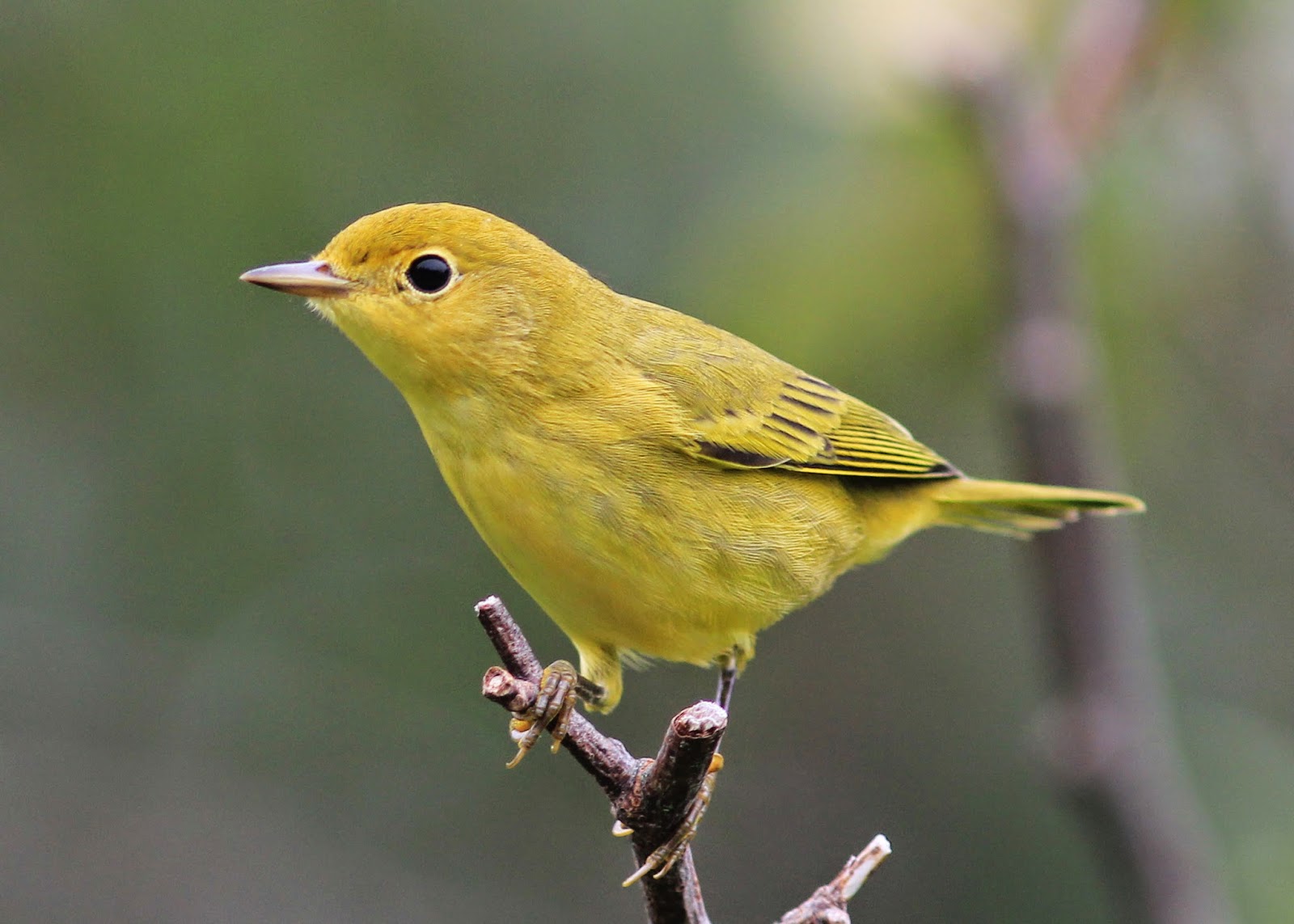 This is an image of a female Yellow Warbler. It is not nearly as bright and lacks the breast streaking. In many bird species, the male is more colorful. 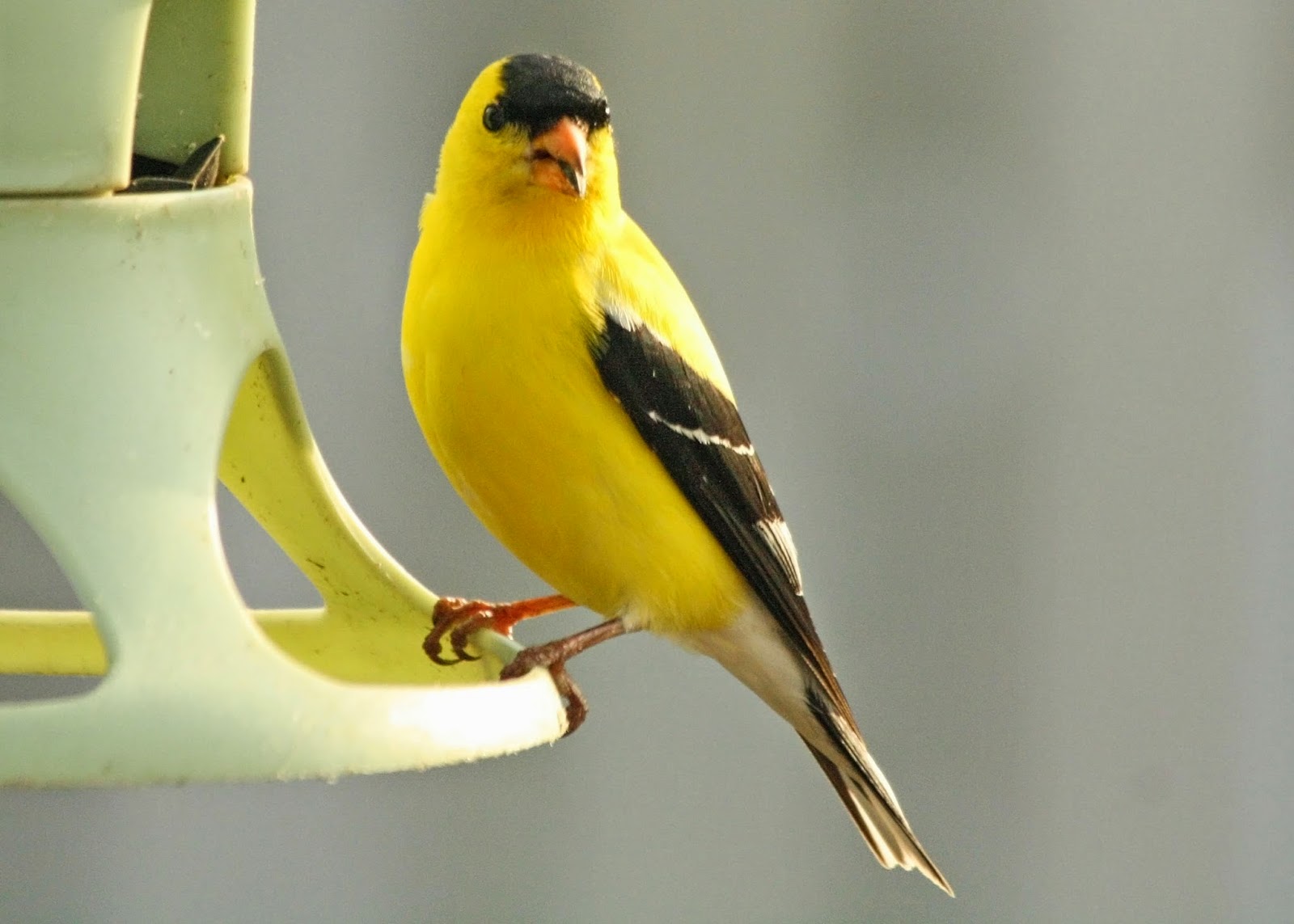 Probably the most common yellow bird in the province is the American Goldfinch. This species also sports a black cap but has bold black wings. The bird pictured here is a male. 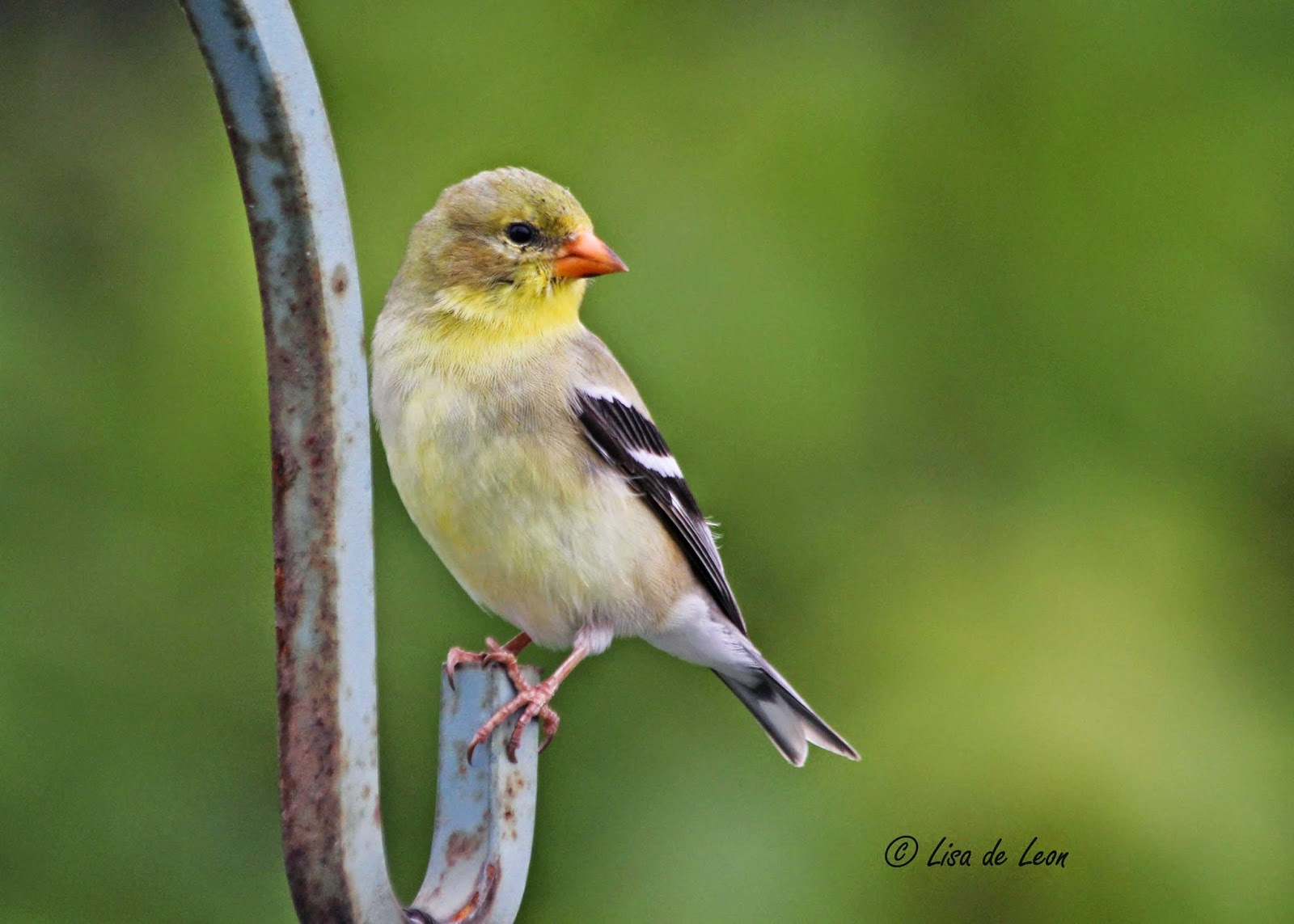 The female is a much duller yellow but also has dark wings with a white wing bar. Goldfinch are often seen higher in a tree, undulating through the sky with other American Goldfinch and can be heard singing steadily . American Goldfinch can be seen year-round and will often enjoy a good feed of sunflower seeds or finch seeds at a feeder. The two warblers of yellow color will rarely go to a feeder, but if desperate they may go to a suet cake.
Posted by Lisa de Leon at 10:13 AM