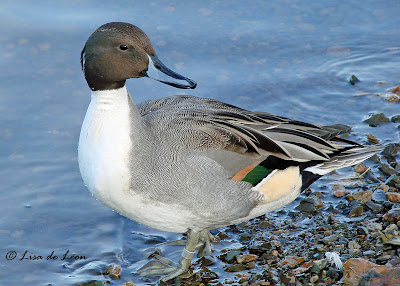 Strangely enough, I have never set out to photograph a Northern Pintail, but I often come home with shots of them. The Northern Pintail is a "stand-out" kind of bird. Its warm brown colors with with orange and green on its wing. The delicate feathers on the wings and tail show in black and grey. This bird looks good in almost any lighting. 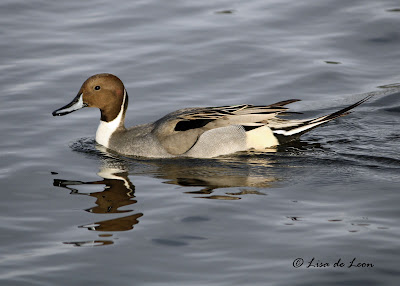 In the water the Northern Pintail glides elegantly with its long slender neck (like no other duck) and its long wispy tail. 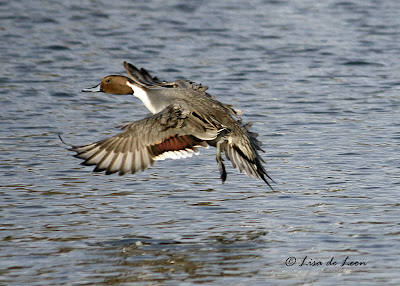 It may have been during some phase of molting that I got this picture because the wing patch looks brown rather than the two colors of orange and green. Pictures, while are very helpful, cannot pick up all features of all birds all the time. I have been told that this is a juvenile male Northern Pintail. It has the shape but it has not yet developed the rich colors of a mature male. 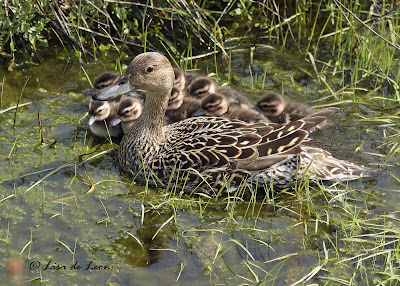 This female Northern Pintail stopped traffic on Ruby Line Road as she paraded her new brood across the road and into this ditch. Several cars stopped to watch her and she quickly guided her ducklings behind her for protection. 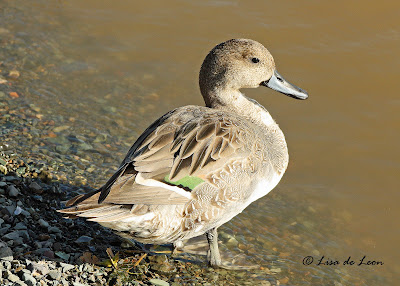 This Northern Pintail looks a bit washed out. That is my fault as my settings overexposed the bird in the bright sunlight. Nevertheless, the head on this duck has not yet become a rich brown with the white markings. It, too, must be a juvenile male duck. This pair of female Northern Pintails, along with several others, seemed over-protective on this day. Given the time of year, I imagine that there were eggs nearby or maybe even ducklings. Most of these shots were taken in several different places. Northern Pintails are abundant in Newfoundland and always offer great photo ops. 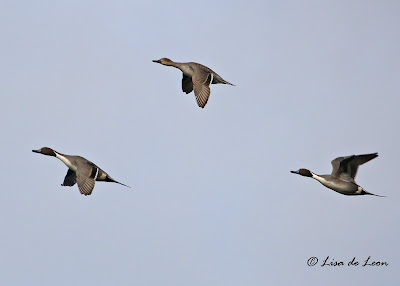 It is fitting to finish this post with a "fly-by." With hunting season in full swing, the many ducks are constantly on the move. They know the dangers that lurk out there.
Posted by Lisa de Leon at 9:37 AM