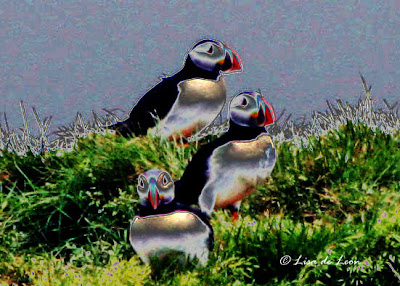 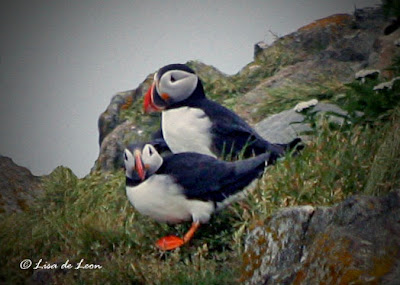 Photographing the puffin has been difficult because most breeding sites are accessed by boat. I have been on three tour boats this summer and none yielded a good photographic opportunity. If there is a big sea, then the boat can't get close enough to shore and the boat rocks so much that it is impossible to hold the camera steady. To complicate matters the sun comes and goes and sometimes is so harsh that the images appear washed out. I have yet to master the technique of shooting at sea. I need more practice. 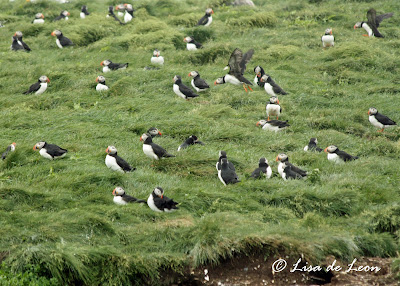 With all of these difficulties, I decided to travel to Elliston where the Atlantic Puffins breed on a rock that is very close to land. Because the puffin lay their eggs in a burrowed hole, they are free to move about while the eggs remain safe. 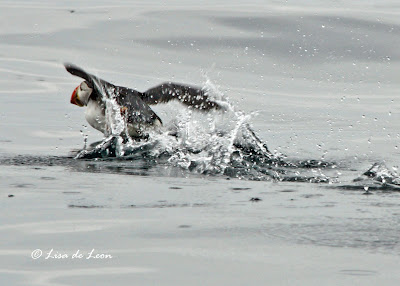 When I watched the Atlantic Puffin scurry across the water and take off from the island, the Mazda commercial came to mind:  "Zoom, Zoom." They are very fast and a little awkward, and they they almost look animated when they move. How fitting that a local company has created a Nintendo DS game called Puffin Adventure Island. 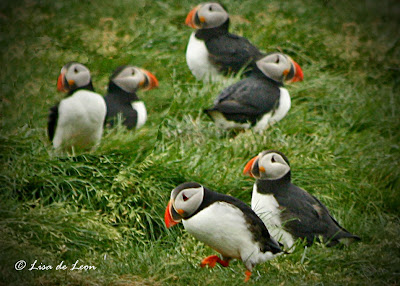 My trip to Elliston was not planned this year. It resulted from a cancellation of the ferry to St. Pierre. I had company and had to make a quick change in plans to entertain. We headed to the Bonavista Peninsula and I had to include the puffins in the outing. 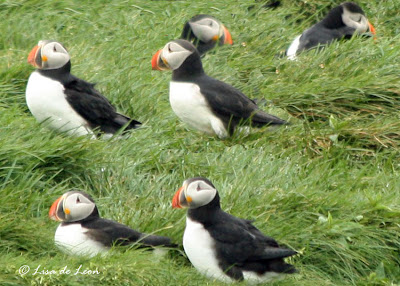 Ideally, Elliston provides a spot for continuous shooting until the perfect picture is captured.


Not this day. We arrived at the island and in the middle of July we dawned multiple layers of clothes that were in the car. We started our walk, the distance of about 300 to 400 yards. The wind was blowing so hard that every step was a struggle. The only wind that I could compare it to was that of a typhoon that I experienced in Okinawa in the early 1970s. It was ferocious! Nonetheless, we locked arm in arm for safety and took on the walk as a group. There was one other group of three, professional photographers from the U.S. trying to film the puffins. The wind blew one of them right off their feet.  At first, we sat down, but I couldn't steady my body, let alone my camera. Finally, I laid down on my stomach and dug my 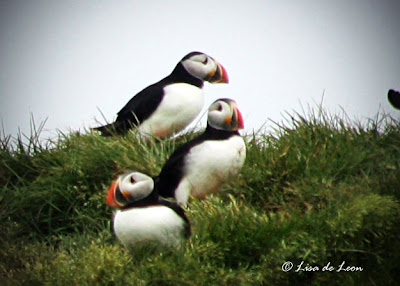 elbows into the ground to mimic an anchored tripod. It helped a lot. I was able to get these pictures. No great ones because it was impossible to stay very long and the wind blew us around like a flag. Because of that, I have tried a little creativity with the pictures that I did get. I will return to Elliston next summer and hope for better conditions.
Posted by Lisa de Leon at 10:33 AM