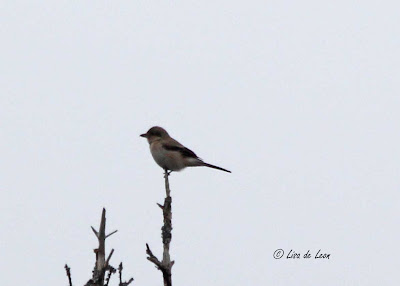 I am happy to have these poor, distant photos of the Northern Shrike.  During the early Spring I caught a brief glimpse of a Northern Shrike on the southern Avalon but not even a look at the full body.  It was an "almost" look at a life bird.

This time even while at a distance I did get to see two Northern Shrike fairly well.  I had just stopped at the bus shelters on Blackhead Road because I saw a flock of American Robins and a few Blue Jays. 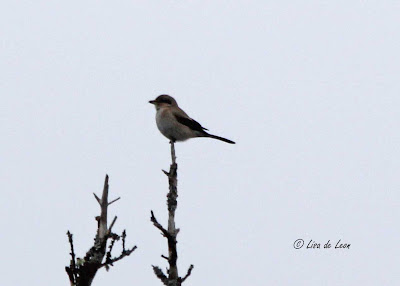 Then out of nowhere up popped this bird about 50 yards into the trail.  I stayed in the car because I didn't want to drive the bird.  Little did I know that this bird is fairly tame and that I probably could have approached it after all. At the time I didn't know what it was because I was trying to get pictures for later reference rather than looking through my binos.  I knew it was not the typical bird seen in this area. 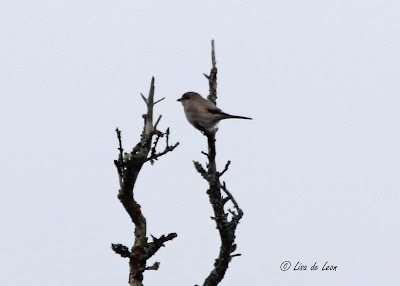 A quick review of postings on the Discussion Group reveals a number of sightings of Northern Shrike around the community of Blackhead and Blackhead Road.  However, it seems that the last one reported was in 2008. It is not common to see this little predator around.  The Northern Shrike is sometimes call the "butcher" bird because before they eat a small rodent or bird they will impale it on a tree and let it hang for a while.  They may eat it right away or leave it for a day or so. This could mean that if these Northern Shrike did make a "kill" in the area they could return to the site to enjoy the meal. 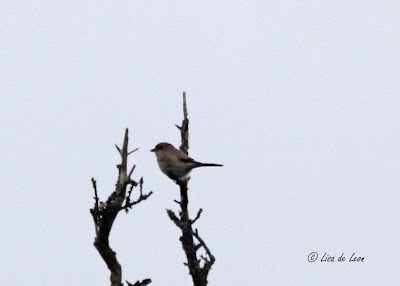 It was the distinct hooked bill that made this ID and easy one. While the Northern Shrike will feed mostly on insects, in the winter it turns its attention more to small animals and birds. Apparently, it will fly into a small bird and knock it out of the air and then pounce on it before it can get away.  It was interesting that there were no small birds in the area at the time that I saw these two Northern Shrike. 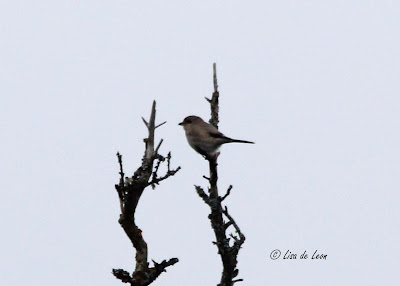 The first shrike flew off its perch in one direction and shortly thereafter a second bird popped up in the tree from the opposite direction.  I was taken by the very distinct flight pattern of this bird. It has a very rapid wing beat and flies in an undulating movement. 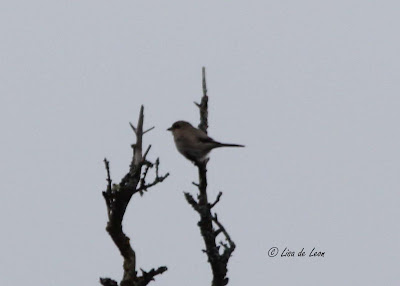 While I travel familiar roads often without seeing many birds along the way, it is the intermittent reinforcement of finding a special bird every now and then that keeps me in the oil companies' favour.
Posted by Lisa de Leon at 6:45 AM