What's up with these Purple Finch? 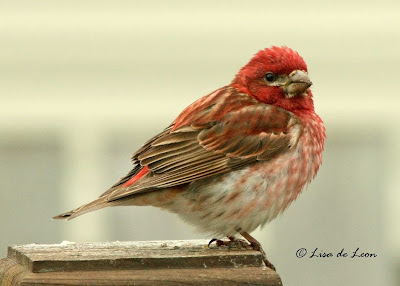 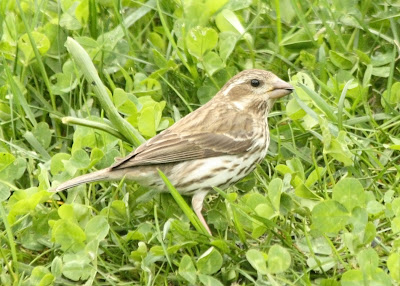 I have provided a picture of an adult male and female Purple Finch as they typically appear. 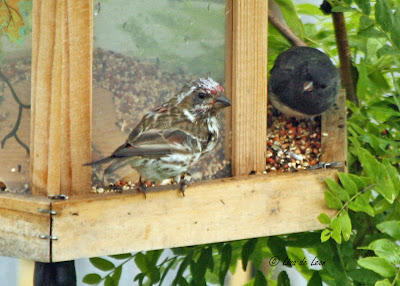 At my feeder I had this young scruffy looking male that seemed to be just starting to develop his manhood. It seems that the immature male starts off looking more like the female. This picture was taken on August 10, 2010. 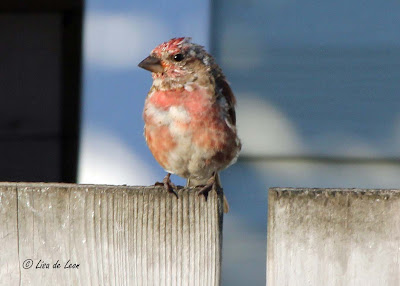 This year on August 20, 2011 this young male in transition perched on my fence. Even though taken in different years these pictures show a very consistent maturation molting period of middle to late August. 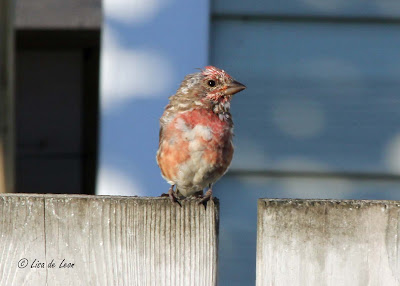 This little guy looks a little confused over the whole process. 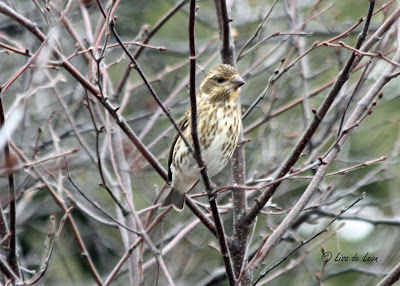 Yesterday, I came across this Purple Finch who seems to be more rusty than any that I have seen before. All other markings - tail shape, body shape and beak shape point to a female Purple Finch.  At first I wondered if it might be something different because of the rusty throat.

With the help of Dave Brown I better understand what is going on with this bird now. Here is what he said: "For the first summer and fall after being hatched male purple Finches look a lot like females, except they are generally not as bright white below and the streaking can be a little more blotchy. As the year progresses some areas like the throat, supercilium and malar start to look buffy and sometimes even yellowish. The next time this bird moults in the late winter or (early spring) it will turn red like a standard male 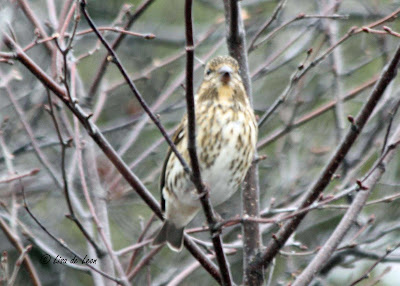 I included this image even though it is quite blurry because it better shows the extent of the aberrant coloring.

I have read on several occasions that plumage is often the least reliable field mark in identifying birds. More and more I keep coming across birds that prove this to be true.  There are just differences, sometimes due to molting and sometimes just because...
Posted by Lisa de Leon at 7:23 AM