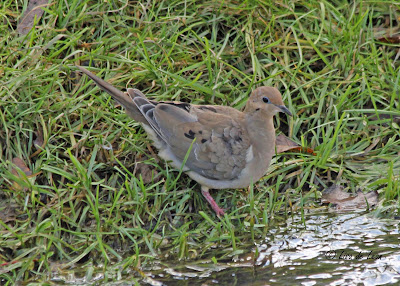 From the middle of October to the middle of November I saw over a dozen Mourning Doves.  This is the time of the year during their migration that they turn up around the Avalon Peninsula. 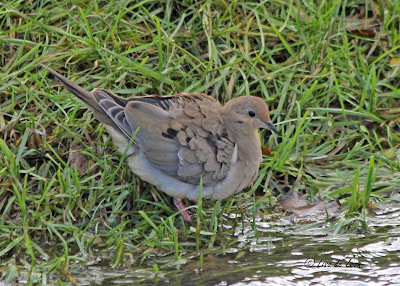 This species is among the top five most prolific species in North America.  It is no wonder we get our share.  Apparently, this species has even been known to breed here on rare occasions. 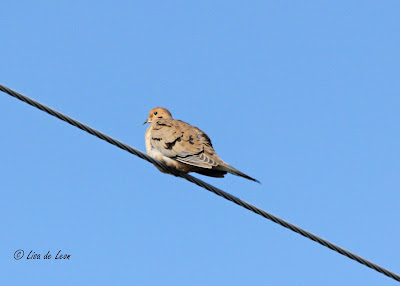 I have seen the Mourning Dove both near and far. It is pretty easy to identify as it sits on power lines because of its rounded shape and its long tail. 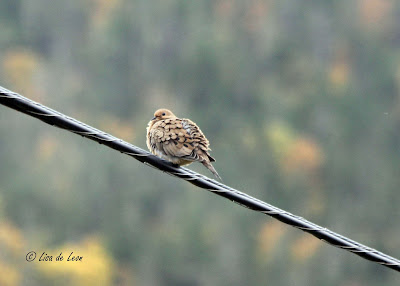 One of the most predictable places to see the Mourning Dove in Newfoundland seems to be in Renews where from the fall onward they may be seen frequently sitting on the lines. 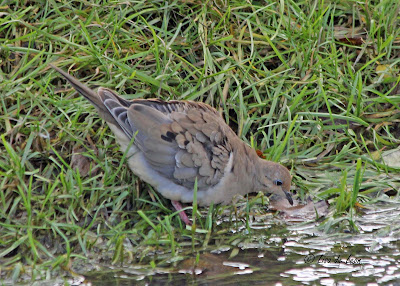 The Mourning Dove drinks through its beak like a straw.  It will sip the water upward rather than throwing its head back to swallow. 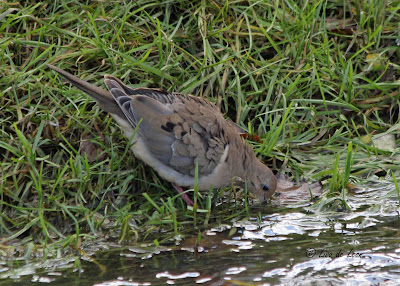 This dove has been seen fairly regularly around Rennies Mill River where there is a plentiful supply of birdseed offered and  a steady supply of drinking water. 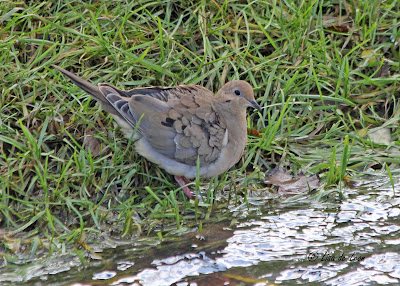 I was quite pleased on one dark and dreary day when it decided to waddle down to the river to get a drink.  This halved the distance that I had to shoot in order to get a picture of this one.

While the Mourning Dove is seen fairly often, I never take for granted an opportunity to stop and watch it.

Note:  This time last year we had a visiting White-winged Dove for the second year in a row.  So far no one has reported one for this winter. Every time I see a dove I look closely to make sure that I am not missing a rare species.
Posted by Lisa de Leon at 9:29 AM