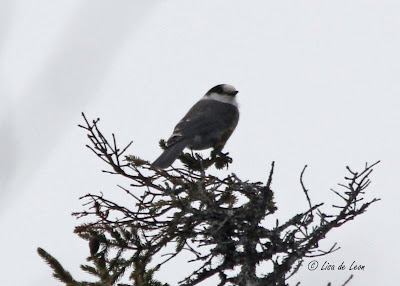 On the same day that I found the Hairy Woodpecker and the Northern Shrike I also came across two Gray Jays, all three species within 50 yards of each other. 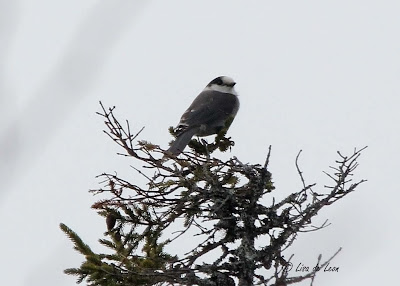 I saw the Gray Jays on December 18th and  20th in two different spots. The last sighting was in the woods around the house number 1124 on Blackhead Road.  They were very far from me but I did manage to get a couple of pictures on the drab ole day. 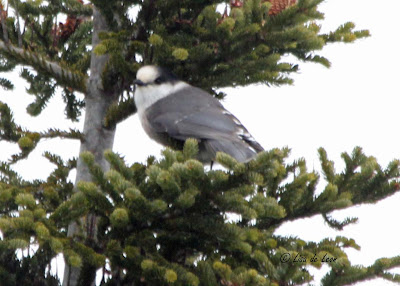 As the year comes to a close I have begun to review some of the highlights of 2011 in preparation for a year-end post.  I may have to have two posts as there has been much special bird news to report this year. 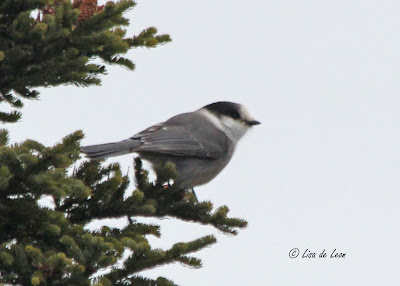 This morning I flipped through the Discussion Group postings to remind me of all of the activity.  I noted that up until today there have been 1350 postings during 2011.  That does not include the few that were set up in an alternate site when there were technical problems with the usual one. That constitute a lot of birding news. 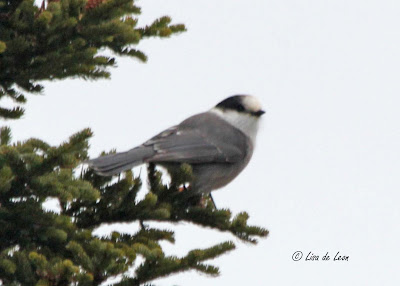 I also found a posting by Jared Clarke reporting a "400 Bird Milestone" that was reached this year. In short since the last publication of the (2003) of the Checklist of Birds of Insular Newfoundland and its Continental Shelf Waters 400 species of birds have been documented in the island portion of Newfoundland. Since his post I think there has been at least one new bird documented - the White-breasted Nuthatch found in St. Lawrence.

That is quite amazing and reminds me that even though I have seen a number of species of birds over the last two years or so, there are still a lot more for me to see.
Posted by Lisa de Leon at 7:26 AM