The Last of the Shorebirds 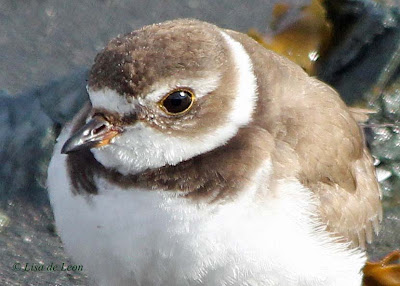 Shorebirds are vanishing from the beaches of Newfoundland. For a brief period the beaches at low tide are home to many and numerous species as they migrate from their breeding grounds.  A funny thing about shorebirds is that you can scan a beach and at first glance see nothing.  Then, pull out the binoculars and voila, there are scores of little birds milling about everywhere.

Among the most endearing, sort of like the teddy bear of shorebirds, is the Semipalmated Plover. They are so small and have such big eyes that despite their frequent sightings, they can steal the attention away from other rare species that may be sharing the insects and crustaceans in the mounds of kelp. 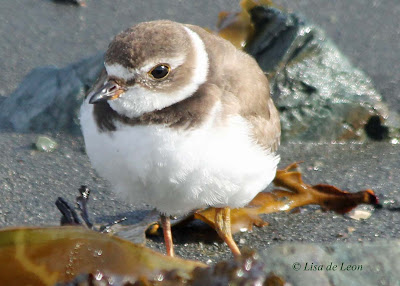 On November 4, 2011 there were only two of these little birds remaining at Renews Beach and one of them had an injured leg. The injury limited its ground mobility but it did seem to fly just fine.  I hope it survived and was able to move on with its pal before the weather got too bad.

On the beach the same day were a couple of Greater Yellowlegs, two American Pipit and a Black-bellied Plover.  This was a scant representation compared to only 30 days before. 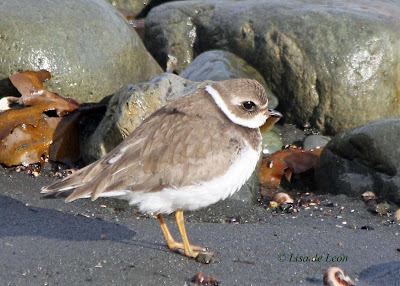 There have been reports of a few lingering shorebirds near Portugal Cove South, mostly White-rumped Sandpipers.

While these shorebirds have likely moved on, the Purple Sandpipers have moved in to the rocks at Cape Spear where they are clinging to the rocks and dodging the high waves that have been an every day occurrence there for over a month! There were also a couple of White-rumped Sandpipers and a Black-bellied Plover hanging on at Cape Spear as well.

The shorebird season in Newfoundland seems so short that it is hard to master identification of the many shorebirds that come our way. Nevertheless, I think next year I will be a bit quicker and more accurate at naming the species, given the amount of exposure that I had this year.
Posted by Lisa de Leon at 7:47 AM