Anything not anchored down.... 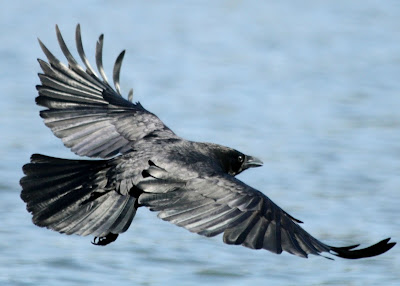 Over the last 18 hours we have had very high winds. Power outages have been reported on the West Coast, an 18 wheeler flipped in Central and here in St. John's anything that wasn't actually anchored down was likely in flight.  I thought that all adds up to a good time to post my blurry flight shots that have just been sitting in a folder. 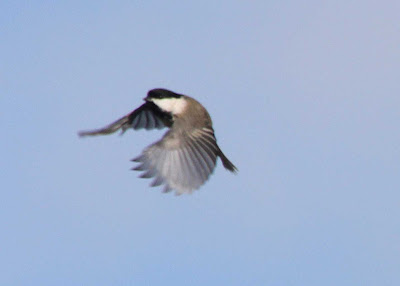 To make today's post a little more interactive I will not be naming the birds.  Most of them are quite familiar and will be recognized right away, despite the blur. 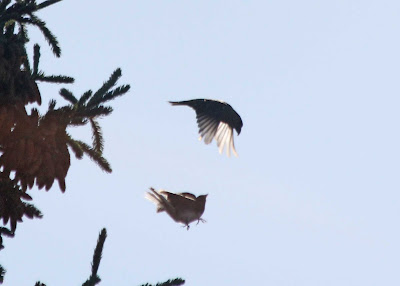 It makes good sense to spend a little time studying birds in flight because it is often in that circumstance that we first see the birds, especially those that fly so quickly in front of the car while at top speed. 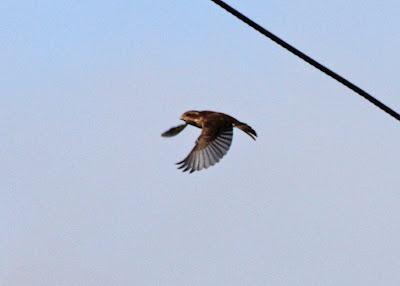 With the season in mind the wing pattern, body and wing shape, color and flying pattern all help to make an ID on the "fly." 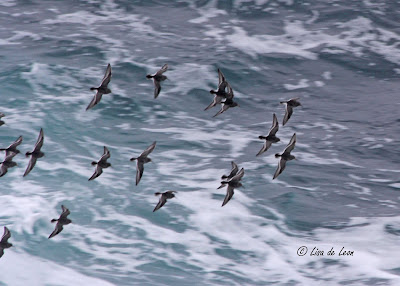 Sometimes birds in flight create an eloquent pattern.  Even the most common European Starling creates a "stop and stare" moment when they begin creating their masterful waves in the sky. 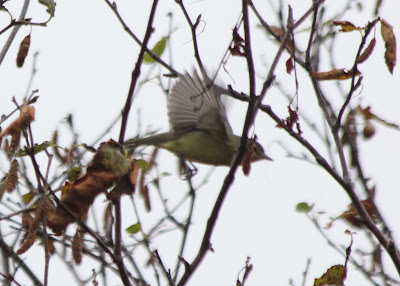 It almost always seems that is is the uncommon bird that takes to wing and quickly disappears somewhere among the leaves or brush.  I don't think my mind - eye coordination will ever reach a point where I might recognize a bird that I am not expecting when I am only given a flash of moment. 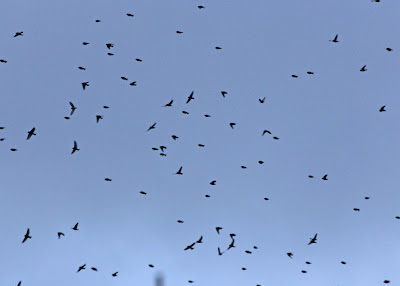 These days the sky is filled with flocks of birds moving around.  Among the most common flocks are finches, all kinds of finches.  Although I have seen several flocks of Robins and one flock of Common Grackle. This image provides a full-on view of the underneath of this bird.  The white tips on the tail help contribute to a speedy ID when this bird flies by. 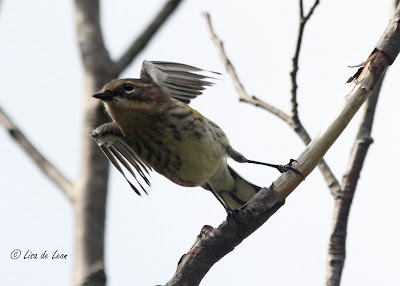 Then there is the lift-off.  I get this a lot as little birds do not often sit right in front of me for long periods of time. 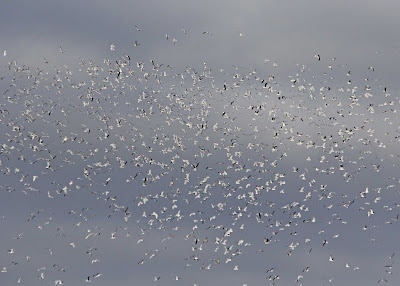 I must say though that the most stunning flight action came last week when I was standing near Quidi Vidi Battery high above Quidi Vidi Lake. All was quiet and then suddenly in the distance hundreds of sea gulls lifted off the rooftops of several buildings in the distance.  The sky shimmered with white and flecks of black. It seems endless.  The sky was already full and they were still launching from the runway.

There are so many spectacular moments that I cannot adequately document but the pictures do serve to trigger the memory of the actual event. 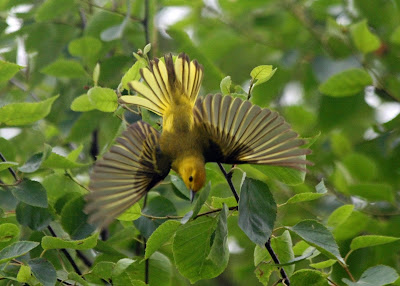