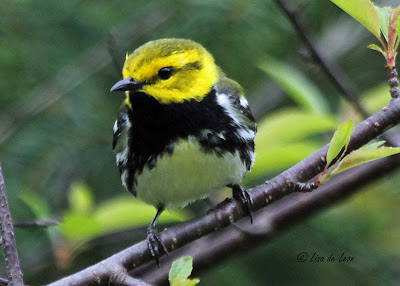 After spending several days indoors due to weather and other things, yesterday morning seemed like a perfect day to get out.  The temp was not bad, and the winds were very low. Already mulling over the idea of going birding, I checked the local postings and found a White Pelican had shown up on the Avalon. That was it! I was going out. 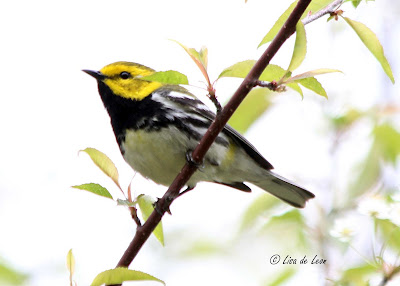 I rallied Margie M., and we agreed to make a quick trip to Biscay Bay in pursuit of the pelican. Well, a quick trip turned into twelve hours of enjoyable birding.  While we resisted many of the usual birding detours on the  run down, we just had to stop at La Manche. 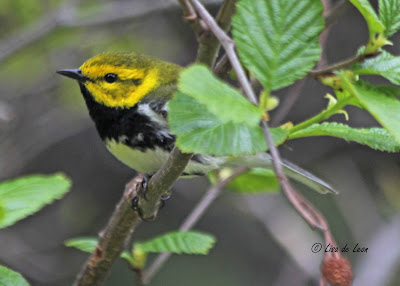 The short stretch of road at the entrance to the park was pretty busy with Northern Waterthrush and Wilson's Warblers.  A little closer look yielded a Ruby Crowned Kinglet, a female American Redstart, a Blackpoll and lots of other unidentified sounds.  It was looking promising. 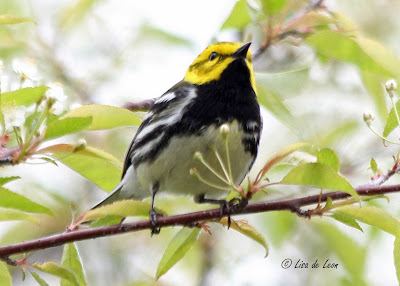 We moved on to the road into La Manche.  There was scattered activity, but definitely nothing to write home about.  We went to the end of the road where the trail begins and began looking in the woods. At first there was not a sound, but we stayed in the hopes we would see a Black-throated Green.  This is the one location where the chances of seeing this bird are high from Spring through Summer. 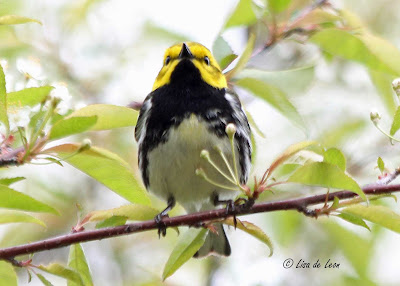 The first little flurry of bird activity started with some Black-capped Chickadees moving into the area, followed by Yellow-rumped Warbler, one White-throated Sparrow and again, a couple of unidentified birds. 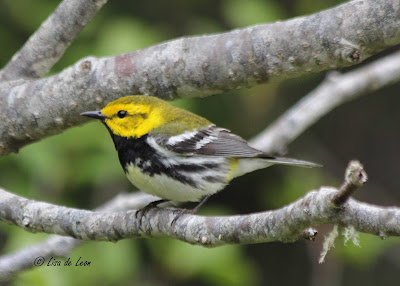 Then, there it was ... our target bird. A Black-throated Green Warbler perched high in a tree, and there was no way to get a picture of it hidden behind the branches.  Then, to our delight, it decided to check us out. It was a very curious little bird. 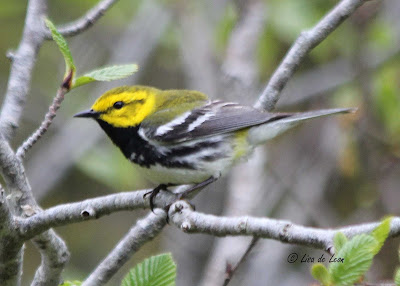 All of a sudden it was at eye level and showing beautifully. This was without doubt the best look I have ever had of this bird, and it was stunning. 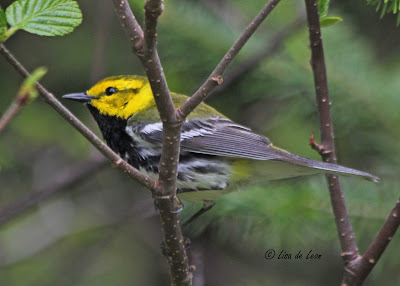 We stayed in the area until the activity died down and decided we had better move on in pursuit of the pelican. We tore ourselves away from the other signs of birds on that road and the main road as we were  determined to get to Biscay Bay. 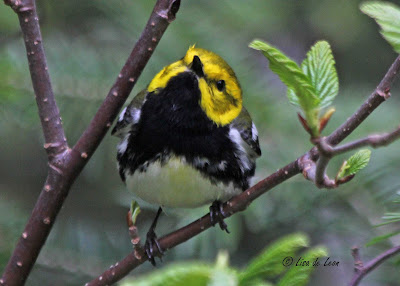 While driving through the barrens, we saw a  Northern Harrier working the few crops of green that sporadically occurred on the open fields. There were a few robins but not much else near the road.  We reached our destination and scoured the area very well... no sign of the pelican.  We did see, however, one Greater Yellowlegs, my first for the year. We returned to the Interpretive Centre in Portugal Cove South and learned the bird had been seen early in the morning flying further out into the pond. 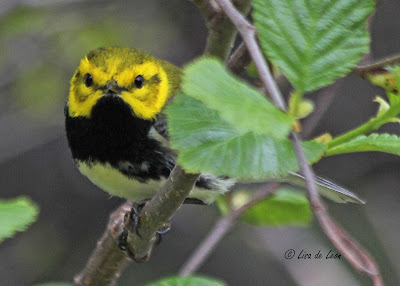 Reluctantly, we gave up and decided to head for Renews to bird Bear Cove Road.  The road is not in great shape, and the birds were not plentiful. They were there but not singing at 3:30 in the afternoon.  We had to look closely to find Wilson's Warblers, Yellow-rumps, a Blackpoll, Northern Waterthrush, Fox Sparrow and not much else. Nevertheless, it was the first 2012 trip to this area and the whole day was great.

On the outside chance that the pelican might return to the pond to roost for the evening, we returned to Biscay Bay. No pelican but the woods beyond the old bridge next the pond did yield some Wilson's Warblers, a Savannah and Swamp Sparrow. Always have to make the most of where ever you are!

It was this great little Black-throated Warbler that made the day for both of us.  It seems a bit early yet to bird for warblers on the Southern Shore, but in no time, the woods will fill up.﻿
Posted by Lisa de Leon at 8:33 AM