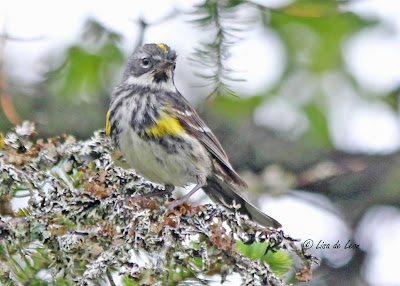 Every once in a while I come across a bird that is just different, like the Black and White Warbler with a crossed bill. This time it is a Yellow-rumped Warbler with a black chin. This is a female, I think.  I considered a juvenile, but its movement seemed to be that of a mature bird. 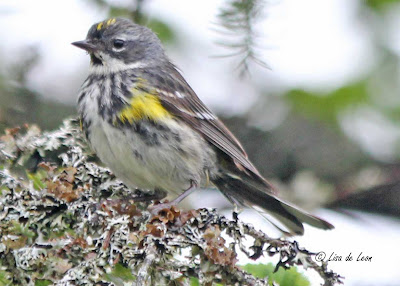 I further considered an immature bird because of the black chin.  I have run numerous searches on the net and just can't find another Yellow-rumped Warbler with a black chin. 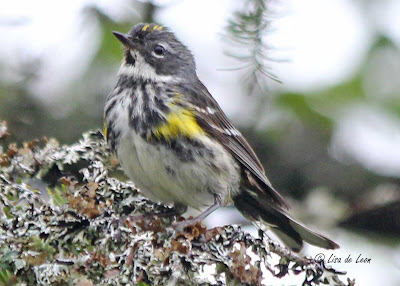 I enlarged the picture to see this is might be an injury of some sort. No, I don't think so. It is just a different Yellow-rumped Warbler!﻿
Posted by Lisa de Leon at 3:55 PM