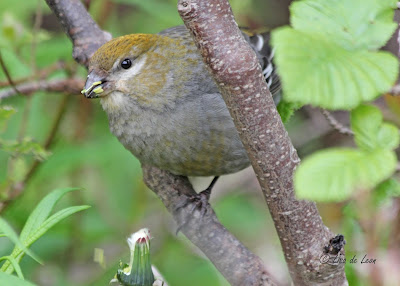 Pine Grosbeaks have been more accessible this year than in my previous two years, but this opportunity was ridiculous. 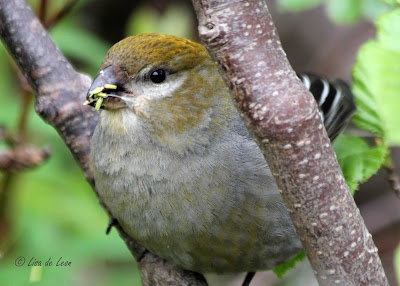 While standing quietly on a side road listening intently on any sound that may come from the woods, I was surprised by the feathery flutter of flight. I turned quickly to find this female Pine Grosbeak had landed in the alders not three feet from me. 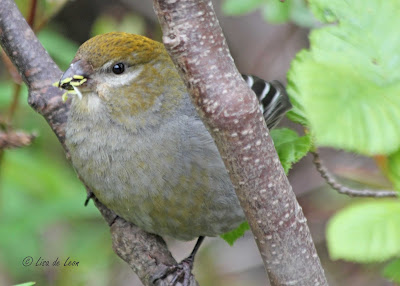 I looked at her and she looked at me. She must have decided I didn't pose much of a threat, because she began eating the tender seeds of an unopened dandelion seed boll. 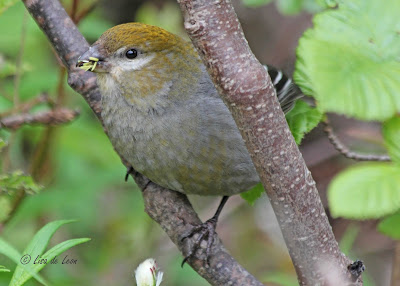 What a great opportunity!  While I am partial to red, I often stare at the male of this species. From a distance, the female often looks dark and drab, but not up close.  The olive/brown wash on the head and her size was remarkable. 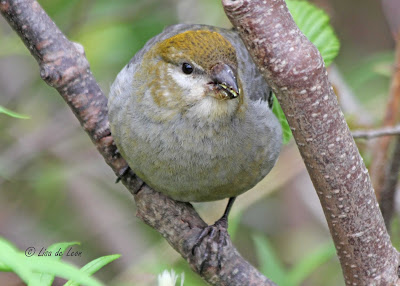 She stayed for more than ten minutes, quickly picking away at the seeds.  I couldn't help but wonder why this bird felt so secure. There were obviously weeds everywhere. Why this weed, with me standing less than three feet away? 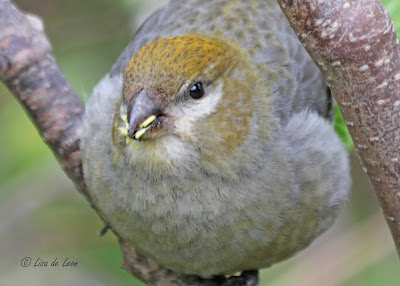 Whatever the cause, I was delighted to be so close. I was so enthralled in the moment, I forgot that the male that must be close by. These birds are often seen in pairs even during the winter. 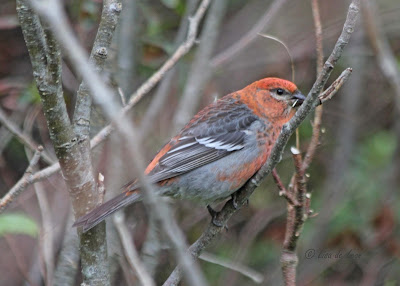 I slowly turned around and much to my surprise, there was the male behind me, not three feet away watching over his mate. Unlike the female, he took off very quickly.

It doesn't take a rare bird to make a special moment, it just takes a rare encounter.﻿