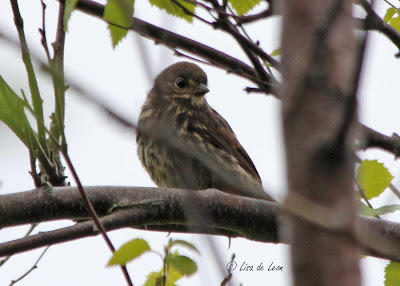 Well, it was just last week when I posted these shots of an immature Fox Sparrow. 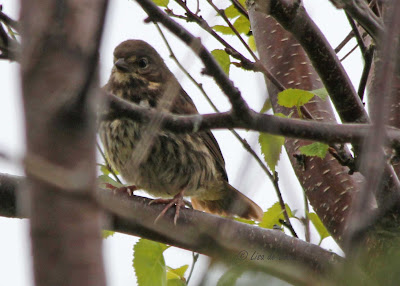 I was really taken by the difference between the immature and the adult. 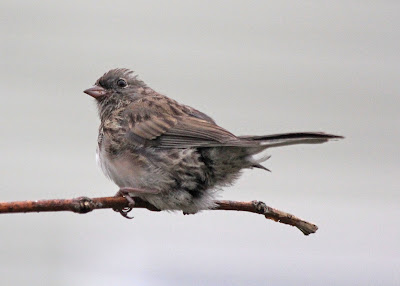 Here are two pictures of a typical immature Dark-eyed Junco. Note the pink beak. For me, that is the key trait when I am trying to quickly identify a junco. 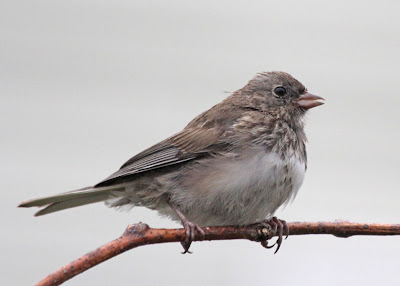 There is significant streaking and even a pinkish tinge on the side of the breast. 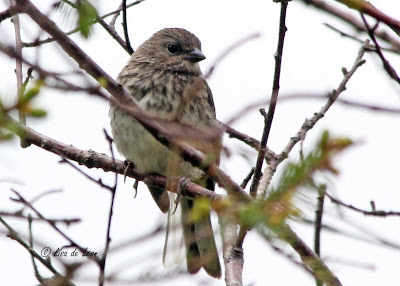 Having now provided points of reference, here are two more shots. This bird has the same markings as the junco above but the beak is black. This has to be a very young junco. So this just blows my pink beak identifier right out of the water. Is nothing constant? 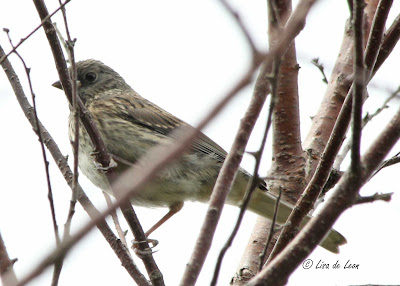 Then there is this young bird. Seems to have the makings of wing bars, is much grayer but has the same head, eye and dark beak. Given the under tail coloring and the shape of the tail, this is probably also a Dark-eyed Junco.

Considering that most glimpses of birds are fleeting, it never hurts to build a wide collection of visions in the mind's eye to help with quick, on-the-spot identification. When these different birds appear, it is certainly worth pursuing them to get a picture or reach a level of satisfaction around the ID. At this time of the year, it is possible to see all sorts of unusual renditions of very familiar birds.﻿
Posted by Lisa de Leon at 10:44 AM