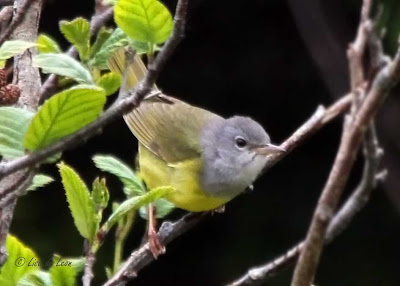 Yesterday morning, I decided to head back to Power's Road to satisfy my curiosity about the flycatchers. Were they two? Were they the same species? Well, I learned there are indeed two of them and from the call, I believe they are the same species.  That resolved, I was going to head farther up Power's Road to explore some of the trails.  I quickly changed my mind after hearing from two birders that the area was very quiet with no activity.  I decided to check out Cochrane Pond Road. 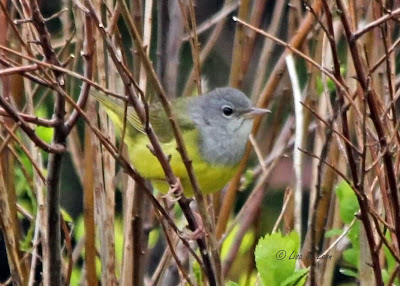 I stopped in several locations, but there was not much moving. I parked the car and began to explore some of the trails. I found birds flitting quickly, very quiet and very difficult to identify, let alone photograph.  I spent about an hour and a half at this before I gave up. 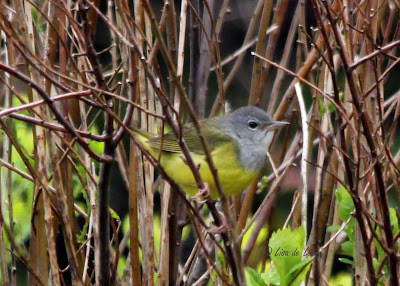 On my drive out, I heard a familiar call. I quickly pulled off the road and sat in my car. The sound was close, and I knew that I should know the call but couldn't come up with the bird. I began to pish gently as I sat in the car. Much to my surprise, down flew a Magnolia Warbler (definitely not the same one from Power's Road.) Wow! I got really excited. 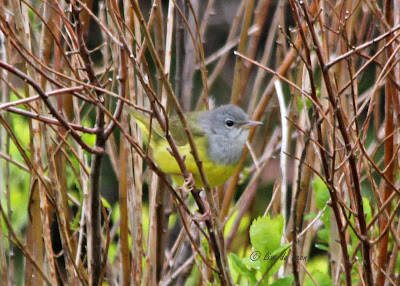 I was taking a few pictures of the Magnolia when some nearby movement caught my eye.  I looked over and there was a Mourning Warbler. Wow! Wow! 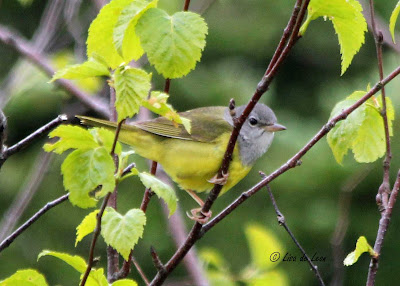 In each of my three years of birding, I have managed to see one Mourning Warbler a year. The first of those was on a bird trip with Dave Brown. Last year, one blew in to an open field on Bear Cove Point Road and blew out again so fast that I only got one picture. Now, this one. I got my best look so far. This one stayed low and came to the alders near the road. What an amazing opportunity! 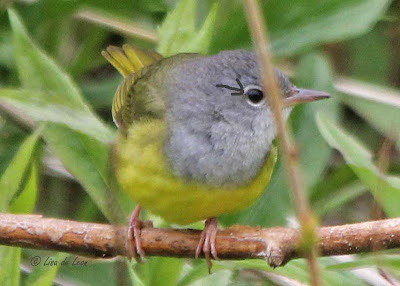 Due to the scarcity of this bird, it is a good idea not to pish if the bird is known to be in the area. Furthermore, call back technology should never be used to locate this bird. It really is a matter of serendipity to come across one. They do breed here, but the nature of this bird is to hide. That is what made this sighting particularly special.﻿
Posted by Lisa de Leon at 7:24 AM