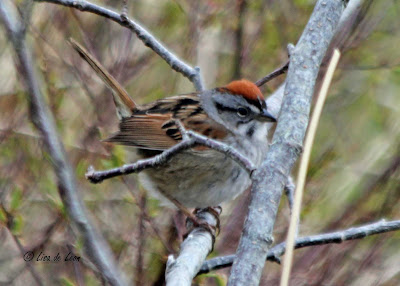 Having, twice, recently encounter several Swamp Sparrows with bright red/brown crowns, I began to wonder: Could this be a Chipping Sparrow. 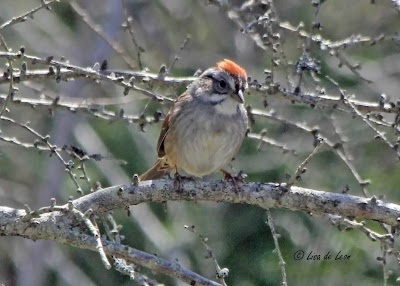 This prompted me to study more closely the many pictures in my guides and online, as well as my own pictures gathered over the months. On the outside chance that a Chipping Sparrow might just pop up any time, I don't want to dismiss it as a Swamp. 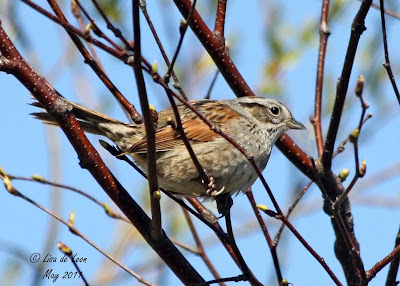 The first five pictures in this post were taken in the month of May, both last year and this year. 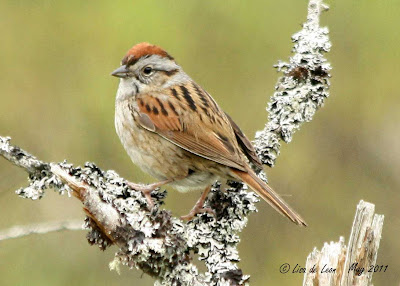 This is when the Swamp shows its richest colors. Rusty reds and bold black markings on its upper body. 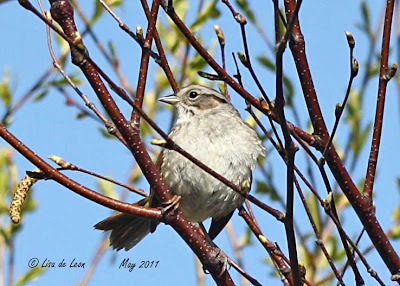 Yet, during May there are still some variations. Some Swamps are just more reddish than others.  This particular bird shows very little brown on the sides as the above birds. 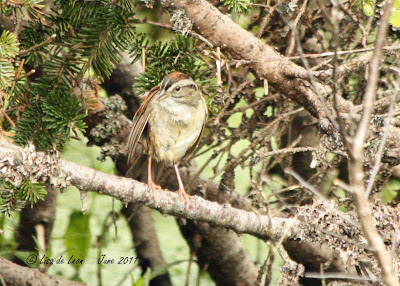 Over the summer, there are clearly transitions that occur.  This Swamp Sparrow has much more of a buffy colored breast rather than a gray breast.  The crown shows more brown fading into a rusty color and there is a distinct white center line at the front of the head. 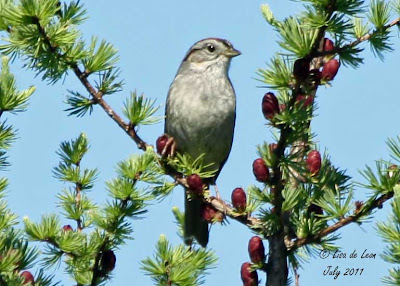 This Swamp viewed in July seems to have lost almost all of its rusty color and from the front, the head and breast are clearly gray, much like the fourth picture above taken in May. 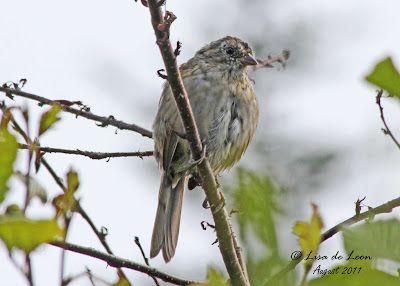 This August picture of a Swamp suggests an immature bird, fluffy and without distinct markings. 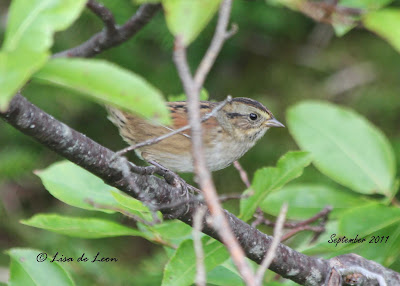 By September, the Swamp Sparrow reds have faded into browns. However, the bold black lines on its back remain. It is very easy to think the birds of May are a different species from the Swamps of late summer and fall. What have I learned from looking at all of these pictures?  Often, it is not the overall color that is important but rather: 1) absence of streaking on the breast, 2) white throat, 3)  the malar stripe, 4) pale median stripe, 5) gray face, and 6) wings with black and white stripes. 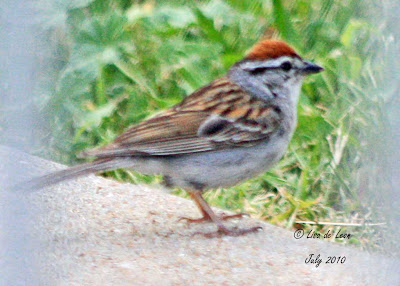 The Chipping Sparrow, by contrast, has some distinct differences: 1) no malar stripe, 2) an orange crown, 3) red-brown forehead, 4) rounded wings with white wing bar, and 5) less bold black markings on the back.

There are many similarities between these two species of birds, especially in Spring. To be sure not to miss an uncommon Chipping Sparrow, it is important to look closely at all of the markings and get a picture, if possible.  Note:  This picture of a Chipping Sparrow was taken in Arkansas.﻿ 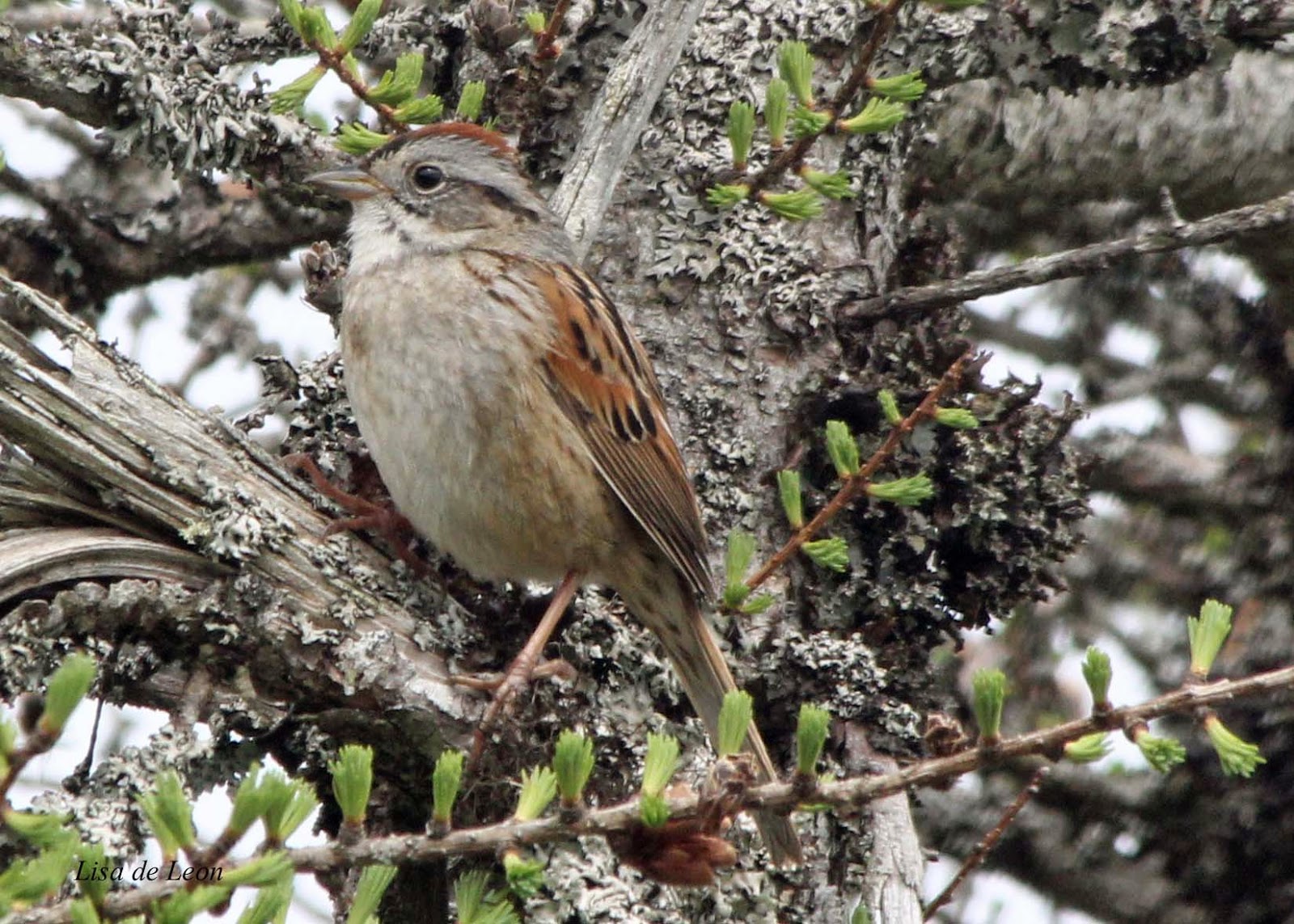 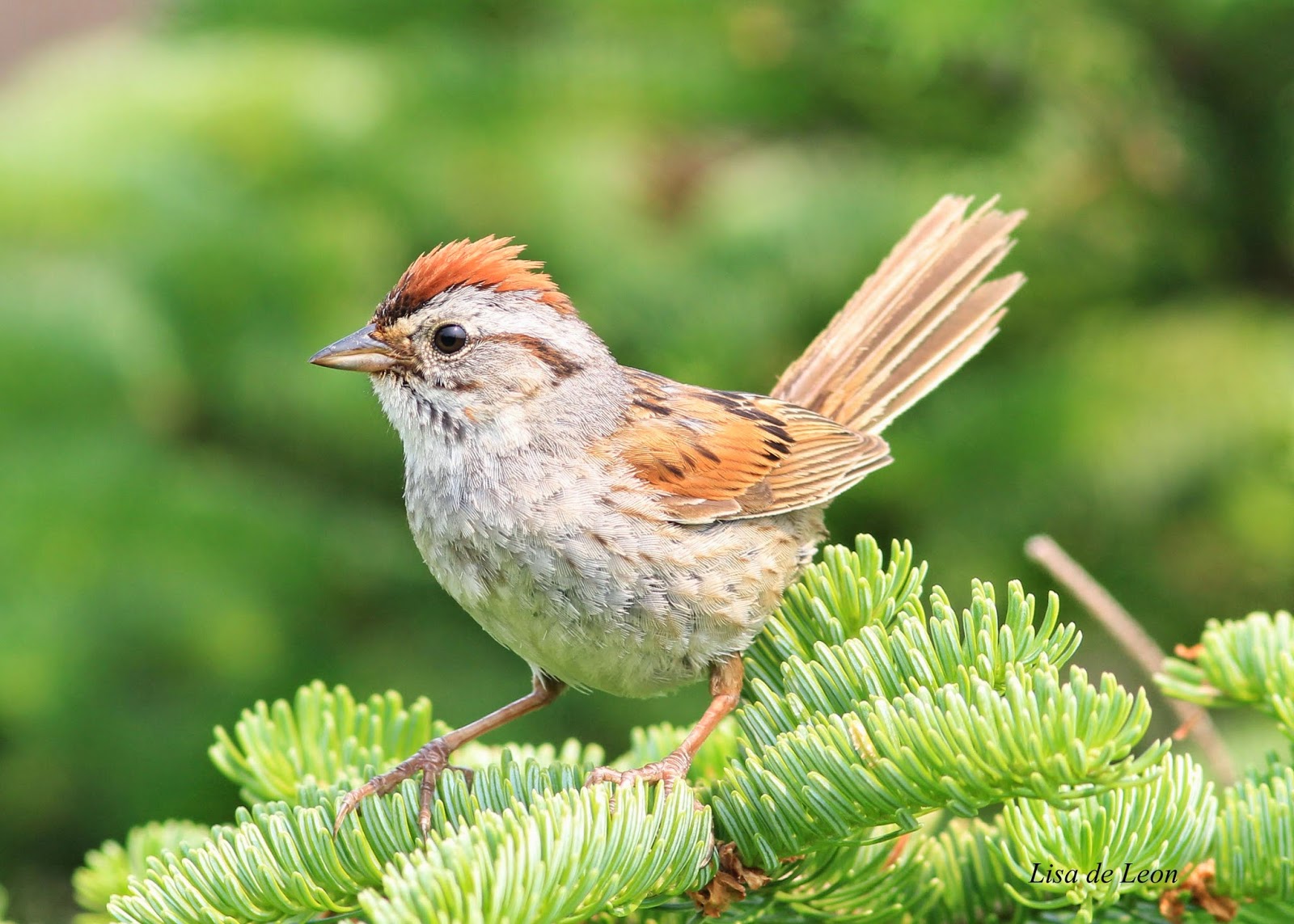 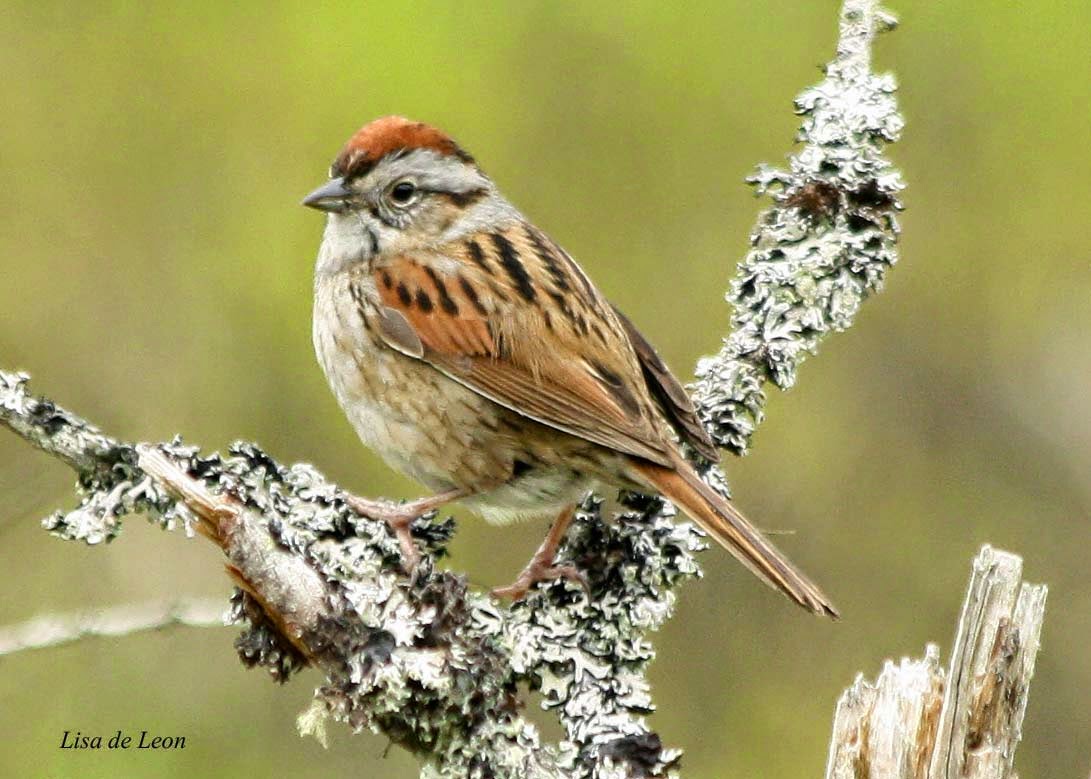