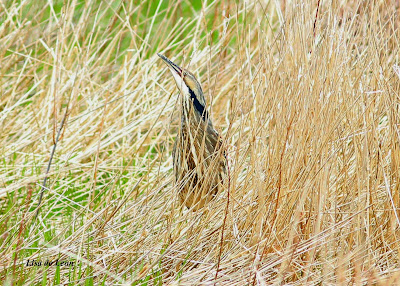 The American Bittern was heard at Bidgood Park about ten days ago, but not seen. Then, the noise stopped for several days. 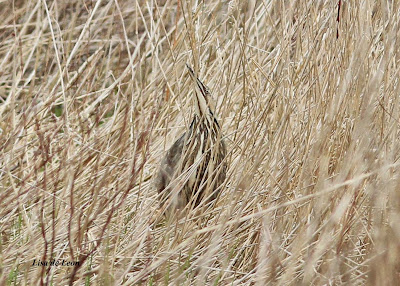 Well, this week that all changed. This recluse returned and couldn't stop bellowing. Often, the bittern would be within feet of me, but I couldn't see it. 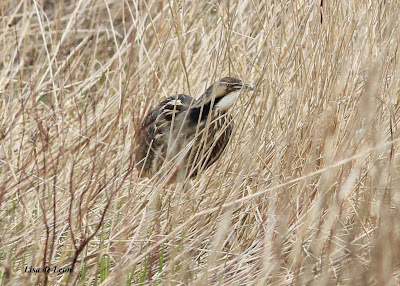 Finally, on two occasions, it stepped out into the open where it continuously created a deep guttural sound. 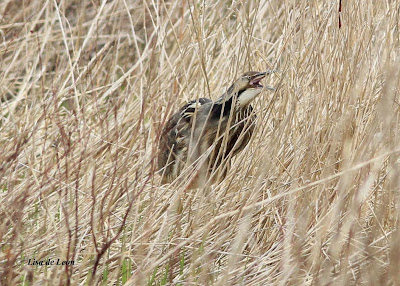 Conan Doyle described it this way in the The Hound of the Baskervilles:  "A long, low moan, indescribably sad, swept over the moor. It filled the whole air, and yet it was impossible to say whence it came. From a dull murmur it swelled into a deep roar, and then sank back into a melancholy, throbbing murmur once again." He was referring to the Eurasian Bittern, but it aptly describes the sounds emitted from our local American Bitterns. 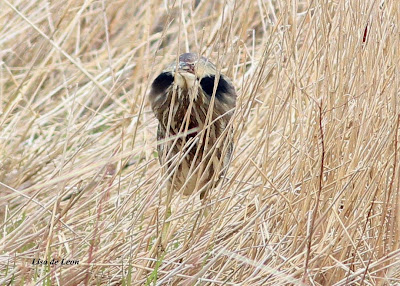 The sound starts with a couple of clicks followed by a deep-reaching expulsion of air. The bird's head jerks upward as it releases the booming sound. It is a remarkable display. 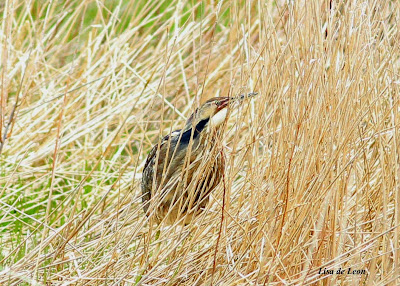 The adult bittern has the black stripe shown in the photo. It is thought to be the male that constantly booms or pumps to attract a female. Since this member of the heron family is so difficult to see, even by its own kind, he makes a noise that rumbles for long distances in search of the perfect female or several as this bird is known to not be monogamous. This is the best time of the year to get a look at one of these seldom-seen birds.
Posted by Lisa de Leon at 7:29 AM