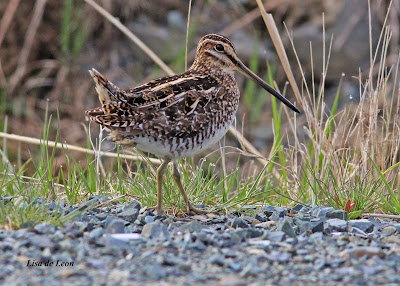 On a trip to Goulds yesterday morning, I was treated to three great birds even before I got there. Brookfield Road offered up a Downy Woodpecker, this feisty Wilsons Snipe, (My apostrophe is not working.) and an American Bittern. 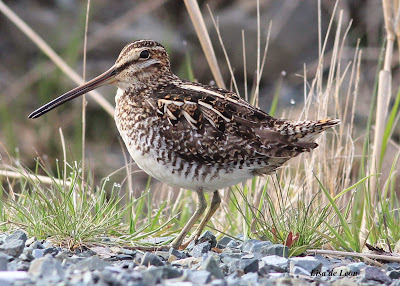 As I was driving up the road, this snipe flew out of a ditch and landed on the side of the road. I had time to stop, watch and spend well over five minutes with it. 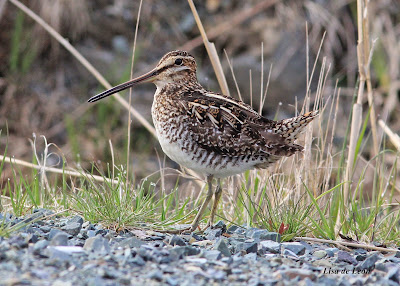 What a great chance to study its markings. It was calling steadily as I watched. 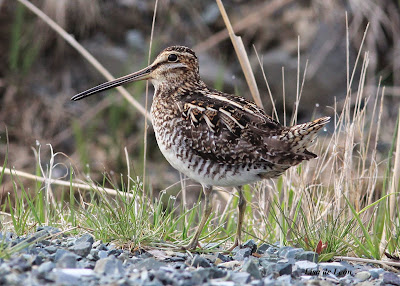 All the while I was watching this one, the sound of snipe also filled the air as many flew over in the early morning. 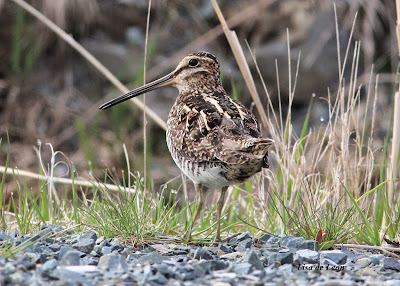 When I pulled out to leave, an American Bittern flew up out of the ditch. It is funny how sometimes you hunt and hunt for a bird and other times, they just appear like magic.
Posted by Lisa de Leon at 12:25 PM