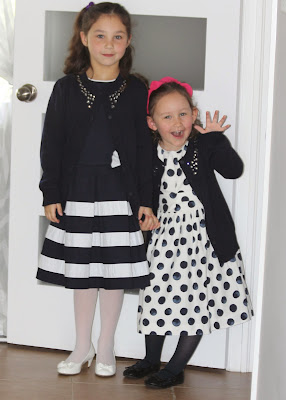 Well, it just so happened the news of the Little Egret in Renews came when I was preoccupied with my little granddaughters. Hmmm....Little Egret or Little Girls? It was a "no-brainer." The Little Egret would just have to wait. 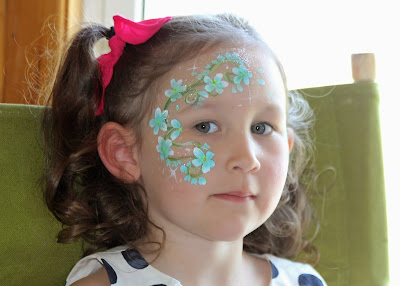 What could possibly be better than watching them sit totally still for nearly 10 minutes while they got their faces painted. 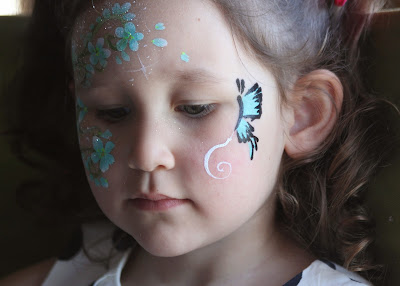 The only time I have ever witnessed that level of immobility was when I watched them sleep. 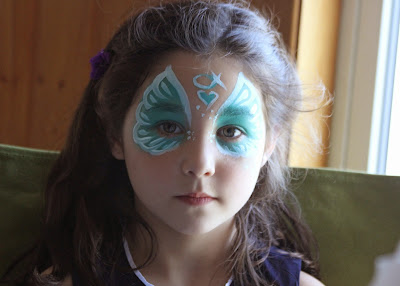 It is clearly a serious event to get one's face painted. There was a book of photographs and each one chose their favorite. Like magic, the artist recreated each design. 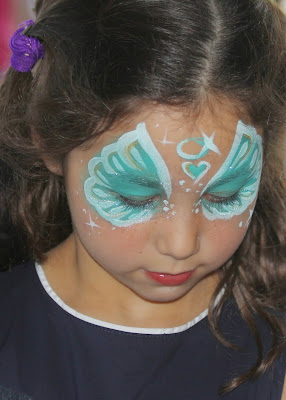 The painter is a very talented lady. 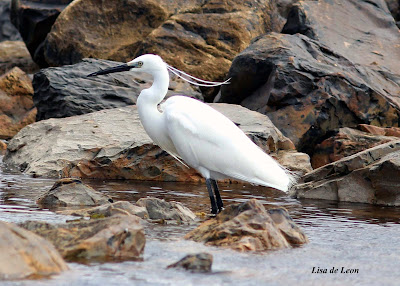 It was my good luck the Little Egret managed to stay around for a few days. On day 3, I made the drive down to have a look. 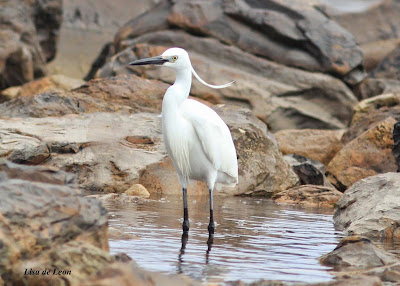 It was quite easy to find as it stayed in the area of the interpretation center, never straying far. 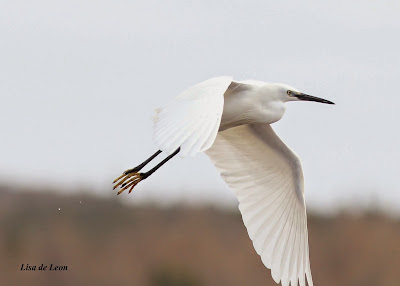 I must say photographing this egret was somewhat similar to photographing the little girls. It was a job to get them to stay still long enough to get a fully focused image. 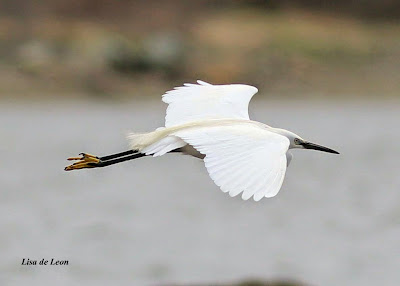 The result...not so great images, but definitely a great bird. It was made even better after recently seeing the Snowy Egret in Portugal Cove South. There are many similarities between the two species. 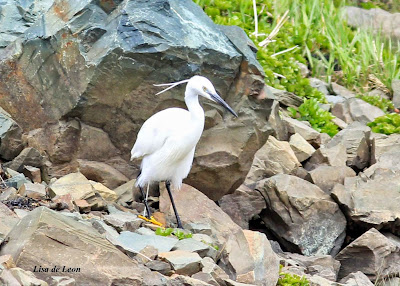 Yet, the trailing plumes blowing around in the wind is one feature that easily differentiates them. 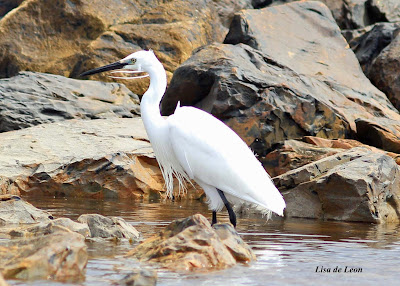 While in Renews that day, I watched as 25 Common Terns flew in during the afternoon. They landed on the exposed rocks south of the lookout and immediately tucked their heads in to sleep. There is always something of note to see in the small "birdy" community.
Posted by Lisa de Leon at 9:52 AM