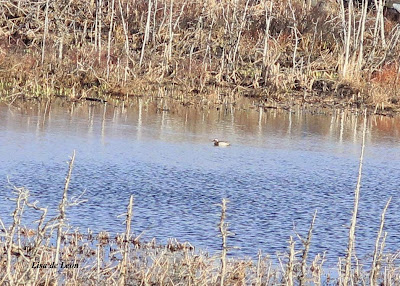 On May 7, Bruce Mactavish reported a Garganey at Lundrigan's Marsh. This rare bird has only been reported on the island five times, making it a true rarity. According to Bruce, it has landed in this marsh twice. 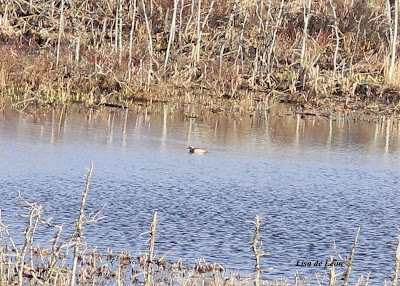 What a location! There is a lookout over the conservation area, but the distance is vexing. It takes a while to adjust the eye to see something so small so far away. The cold, wind and lighting all complicate the matter. In the early-morning light, I spotted the Garganey skirting along the reeds, yet it was impossible to get a clear shot of it to ensure I was seeing the right bird. Finally, it took a quick dart out into the open before heading for shore and climbing up out of the water. I did not get the most satisfying view of the bird, but enough to verify the sighting.
Posted by Lisa de Leon at 7:35 AM