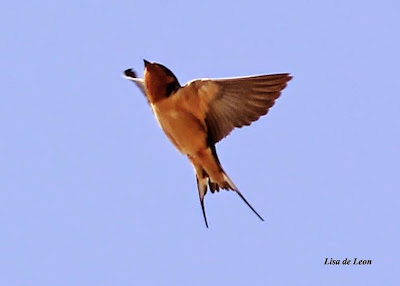 When I think of Barn Swallow, I think of this: A rusty breast and under tail,  dark rusty throat and chin, and a swallow-tail with white spots. 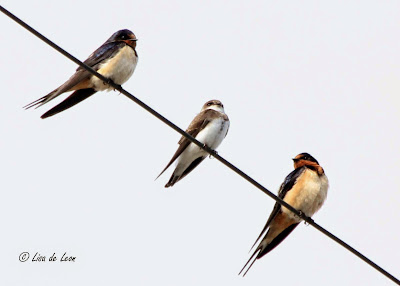 When I think of a Bank Swallow, I think of this middle bird flanked by two Bark Swallows (boasting bright cinnamon color on the neck and throat and above the beak, and a blue-black color above.) The Bank has a brown back with a dark band around the lower neck that seems to trickle down its breast, and a notched tail. 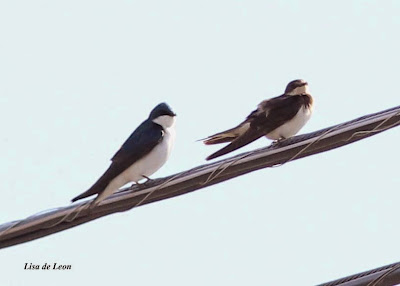 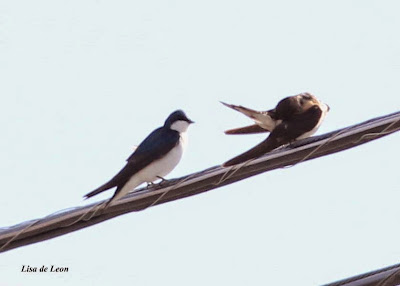 The mystery swallow on the right has white undertail coverts, and the tail looks notched, not typical of a swallow-tail. 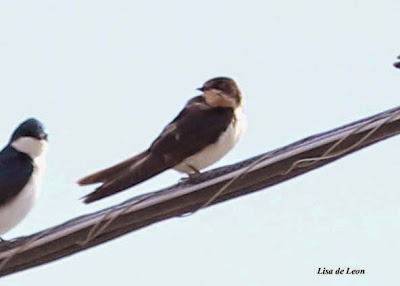 The upper part of this swallow are not blue. It is brown which shows up better in one of the flight shots below. However, here is where it gets confusing. There are signs of a rusty color on the throat, but none above the beak. The breast shows white. There also appears to be a light colored patch on the lower back. That doesn't fit either species. 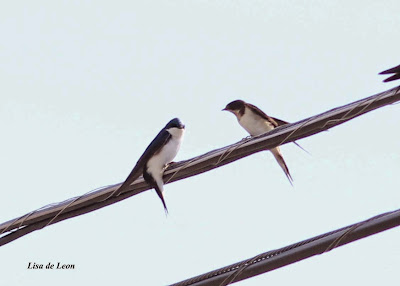 Then, the bird turns around revealing a dark, wide band or collar around its neck, wider than a typical Bank Swallow. Yet, the tail in this photo shows more of the typical swallow-tail. 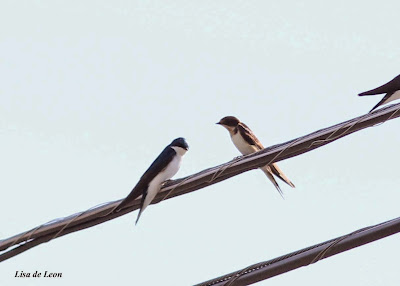 The collar seems to meet in the front and extend downward like a Bank Swallow. 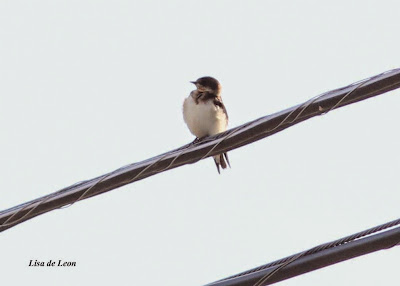 This feature is better seen in this shot. However, also visible, is the white marking in the tail which is typical of a Barn Swallow. 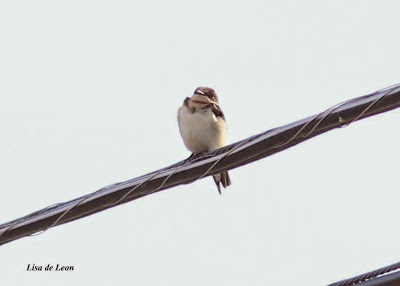 Nevertheless, the tail is not as long as the typical Barn Swallow, and the hint of rust on the neck is understated. It is clear in this shot: There is no rusty spot above the beak. 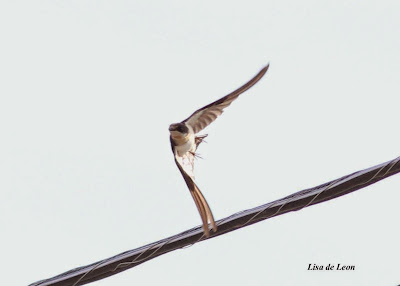 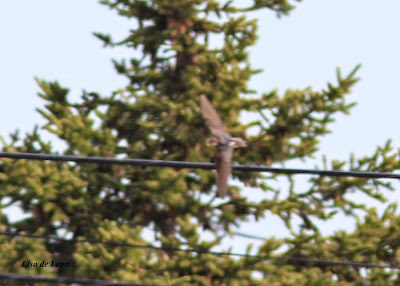 After the truck passed, I was able to pick up the distant bird briefly. In this shot, there is no doubt this bird is brown, has a light patch on its lower back and does not show the trailing tail. 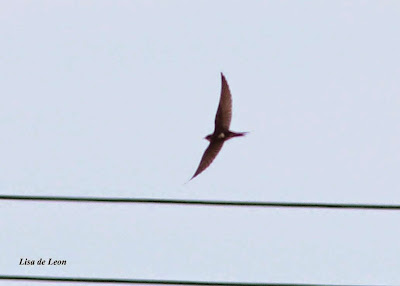 The last image, again, shows the odd color on the lower back, but also shows the swallow-tail, just not a long one. So what the heck is this? Is it a Bank/Barn hybrid? If so, which is more predominant? It would seem to be the Bank. If this is a hybrid, it would be unusual. When scouring the "net" for a similar rendition to this bird, I only found one example of a Barn crossbreed. There is always a bird waiting to confound the learning birder.
Posted by Lisa de Leon at 9:08 AM