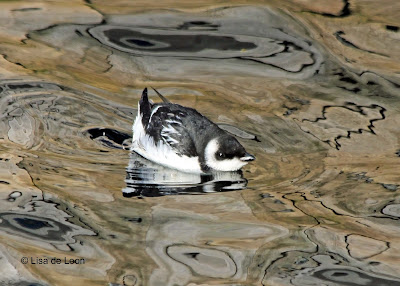 This week, I had a rare encounter with a high-arctic species,  thanks to Catherine Barrett. After the post this week that the Brant was still in Flatrock, I took a quick trip out to see for myself. While there, I ran into Catherine who told me about a Dovekie, a common winter visitor, that was tucked in close to the wharf near the Flatrock boat launch. 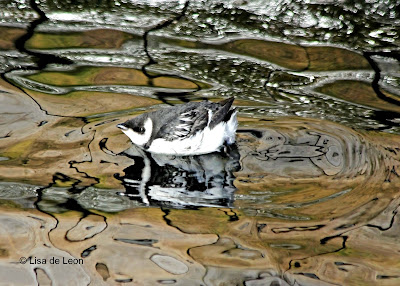 I stopped in and saw the little black and white speck bobbing around on the water. It was so close to shore. Ugh! I had to tip-toe over the icy, snow-covered rocks in the howling wind to get close. When I did reach the shoreline, it was worth it. I was amazed at how great this little bird is. 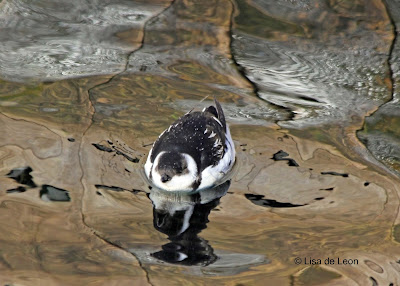 I have seen a number of Dovekie flying off shore. In fact, there was one that day flitting around Outer Cove Beach. However, no meeting with a Dovekie could top this. Only 10 feet away, I could see the real size of this little bird. It could have fit in my hand! 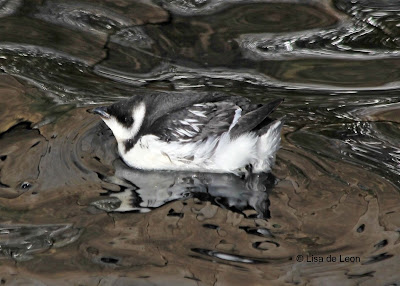 The smallest of the alcids, don't let its diminutive size fool you into thinking this is a frail species. There is bone evidence to prove the Dovekie lived in the Ice Age, over 40,000 years ago. The small bone was found near Ellesmere Island, where the Dovekie once bred. Somehow, this tiny Atlantic bird has managed to not only survive over the ages, but to thrive.  That sort of debunks the idea that larger species have a greater capacity to stave off the forces of cold. 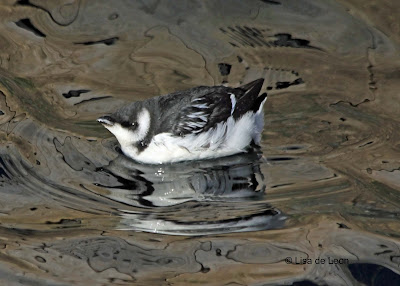 This bird is often referred to as the "bull-bird" or "ice bird" or its historical name, "Common Rotche." It is also known that Great Black-back and Herring Gulls prey on this little species. It is hard to imagine how it could defend itself, except to flee. 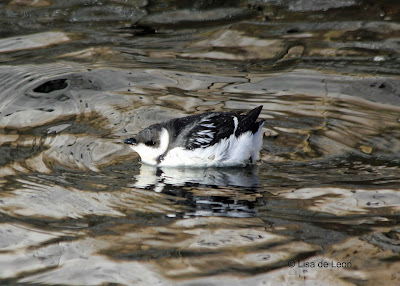 The Little Auk is thought by some to be the most numerous species in the world, with about 15 million breeding pairs. There are actually two sub-species of the Dovekie, one smaller than the other. This is likely the nominate species, the smallest of the two. 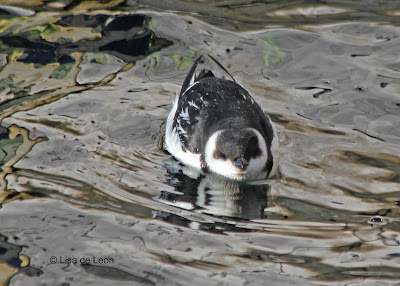 What a great opportunity this was to be able to see the Dovekie so close and so unruffled. It was me, really, who was ruffled. The wind would gust and nearly blow my feet out from under me. If the conditions had been better, I could have stayed all day looking at this tiny black and white bird. 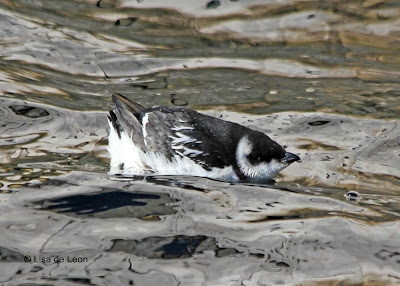 The unexpected opportunities just keep coming. When I saw Justin (visiting birder) at QV Lake, it was natural I should "pay it forward" and tell him about the Dovekie, as Catherine had told me. These kinds of moments need to be shared.﻿ 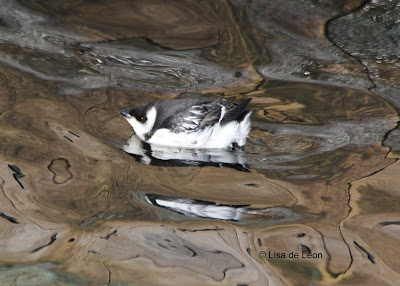 This last photo has no photoshop. It was cropped only and my signature added. I think it is the oil in the water that gives it that appearance.
Posted by Lisa de Leon at 6:34 AM