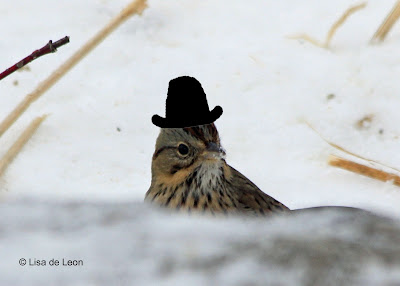 For three consecutive days, I have traipsed around Bowring Park in search of the Brown Creeper. Heading to my car yesterday, once again feeling deflated, I perked up very quickly when I spotted Lincoln, the Lincoln's Sparrow, feeding near the water's edge. 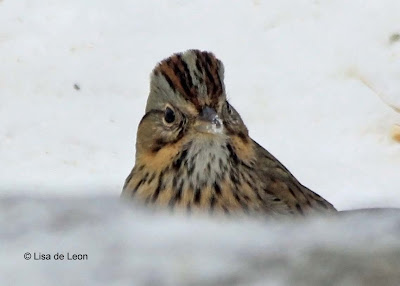 On several occasion, I attempted to photograph this bird, but it just wouldn't cooperate. Yesterday, it played coy but still came out in the open several times. 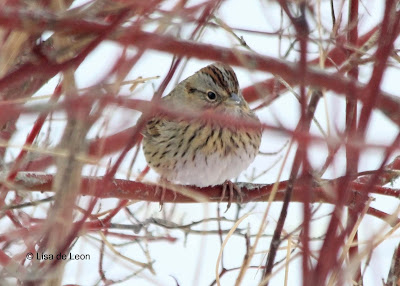 Since it was first spotted by Ken Knowles on 13 January at Bowring Park, this bird (much like the Pink-footed Goose) has become more social. It is hard not to in this area because of the constant traffic and regular deliveries of seed. The Lincoln's has been loosely associated with the Dark-eyed Juncos in the area. 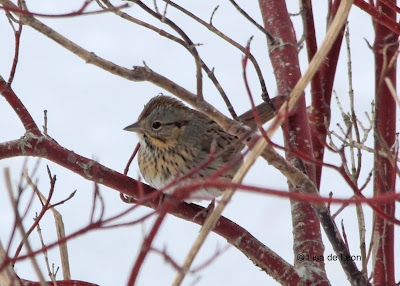 With all of the hype about Lincoln of late, I became curious about how this species got its name. There is actually a connection to Newfoundland and Labrador. The story goes something like this: 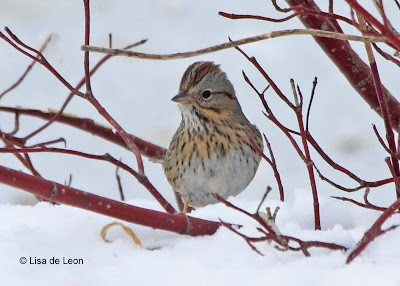 In 1834, Audubon and his team had been in Labrador for three weeks when on a dark and gloomy day, he spotted this species (which he referred to as a finch.) He first heard the bird and rallied his team to join him in pursuit of the sweet sound. 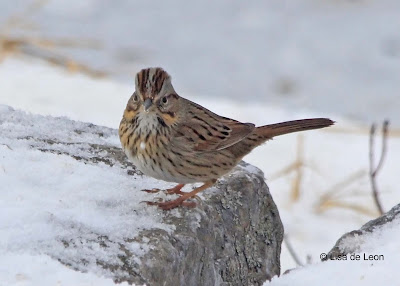 It took some time for the team to get a clear view of the bird. It is now known that this species is extremely secretive and flighty upon any disturbance. After some stalking, the elusive bird appeared, and Tom Lincoln took a deadly shot. 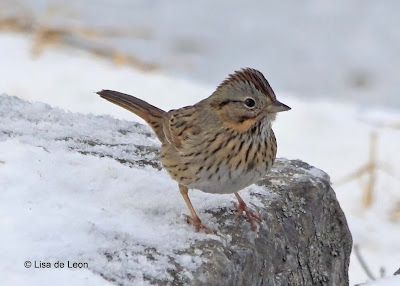 When Audubon retrieved the small bird, he realized it was one not yet recorded. He initially called the bird Tom's Finch, not because Tom had managed to shoot the bird, but because Tom was a favorite among the team. 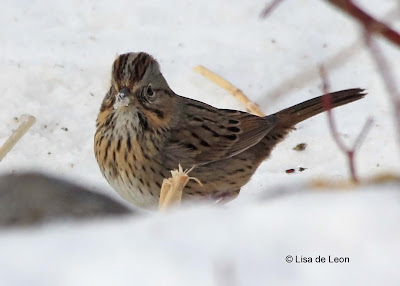 When Audubon got around to writing up the new scientific description of this bird, he learned it had already appeared in the collection of  William Cooper of New York.  At the time, he called the bird Lincoln's Finch. It has since become the norm to refer to American Emberizinae as sparrows; hence the bird is now known as the Lincoln's Sparrow. 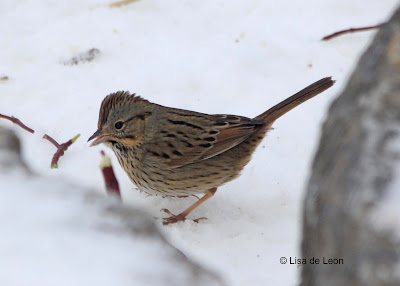 Audubon's sketch of this species refers to it as the Lincoln's Pinewood Finch:  http://web4.audubon.org/bird/BoA/BOA_index.html 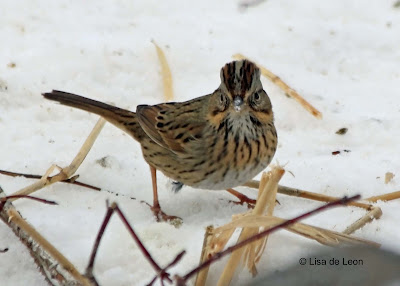 The back stories about different species are very interesting. To visit the source of the information included here, visit: http://www.birdzilla.com/birds/Lincolns-Sparrow/bent_life_history.html

The Bent Series, published by The Smithsonian Institure, is a collection of monographs reporting history and human interest stories about bird species.

Given the typical behaviour of this species, viewing Lincoln at Bowring Park may offer one of the best opportunities to study and photograph this species. I wonder if this sparrow, full of personality, bears any resemblance to Tom Lincoln.
Posted by Lisa de Leon at 7:14 AM