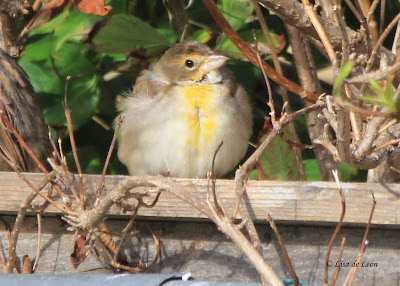 “Honey, come quick!” “No, get the book!” “No, come here, right now!” When you least expect it, an uncommon or rare species will show up at backyard feeders. Many people have told me they get very unusual birds at their feeders. Are they rare bird or just unknown birds? Not everyone, who just enjoys feeder birds, has a field guide. Not everyone gets The Telegram and knows that identification is only a picture away. Spread the word: By sending a photo to wingingitone@yahoo.ca  Through this resource, the public is helping to document the movement of rare birds in the province and is able to get a quick identification. 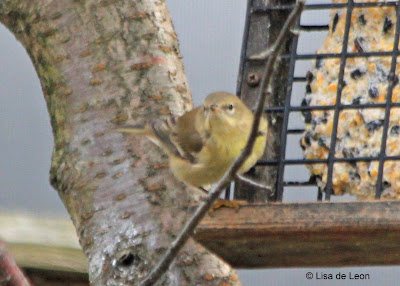 Sometimes, it is the vegetation in an area, sometimes it is the feeder and water that attract rare birds, and sometimes, it is the amount of existing bird activity that draws others in.
There is one area in St. John’s right now that has all three: Vegetation, feed and much activity. As a result, this neighborhood (with multiple feeders scattered throughout) has recently attracted two Dickcissel, an Orange-crowned Warbler, a Pine Warbler and an American Tree Sparrow to join the large flock of juncos and House Sparrows that are constants in the area. Any backyard birder would be happy with this record. 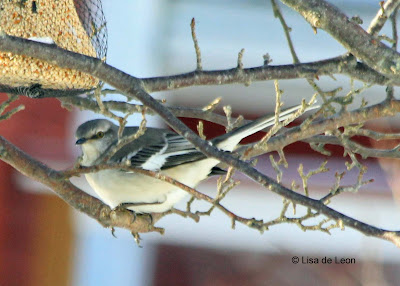 Another great backyard in Goulds has all the elements to attract one rare bird after another including a Rose-breasted Grosbeak and a White-crowned Sparrow. A Saw-whet Owl even appeared in this yard last winter. 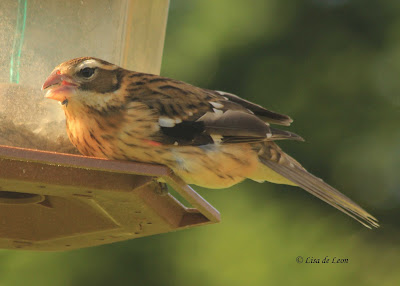 There is yet another feeder in Portugal Cove South that has attracted many rare birds including Dickcissel, Rose-breasted Grosbeak, Indigo Bunting and this year, hosted TWO Yellow-headed Blackbirds. 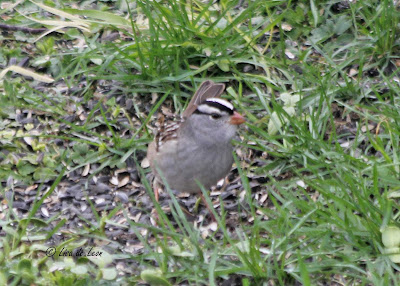 White-winged Dove have also shown up at active feeders to glean seed fallen on the ground. Over the last three years, this rare species has been reported at feeders in Pouch Cove, Quidi Vidi Village, Torbay and Corner Brook. 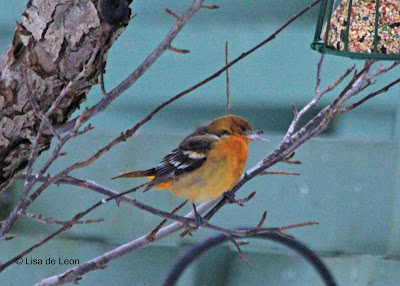 Other great feeders around St. John’s have hosted a Pine Warbler, Yellow-throated Warbler and Cape May Warbler. Have any of these great birds shown up in my yard? No, but I keep hoping. 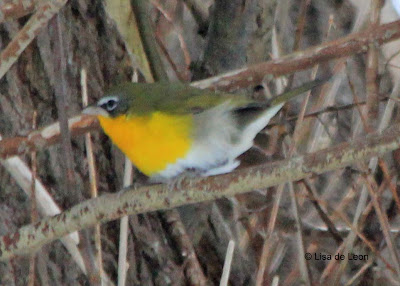 Two uncommon species that often show up at this time of the year are the Northern Mockingbird (attracted to suet, sunflower seed and fruit) and the Baltimore Oriole (attracted to fruit, jelly and nectar.) 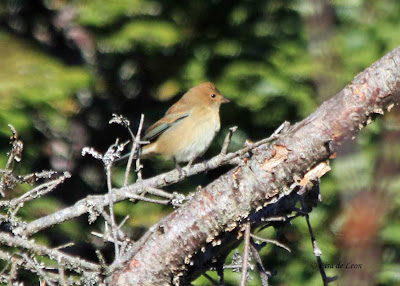 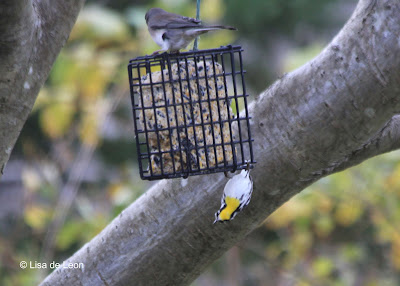 Last and least in size are the hummingbirds. More and more hummingbirds are being reported throughout the province. While the Ruby-throated Hummingbird is often seen on the west coast of the province, sightings in the east are increasing. I am aware of three reports of hummingbirds this summer – two Ruby-throated and one unknown. Two very rare hummingbirds have been reported in the last two years:  An Anna’s and a Rufous. How do you get a hummingbird in the yard? Plant lots of nectar-bearing, brightly colored flowers. It seems this is what brings them in initially. Once spotted, quickly hang a hummingbird feeder to provide a steady supply of energy drink. The Anna’s Hummingbird, with the help of very caring hosts, was able to survive well into February. The nectar was replaced steadily by alternating feeders quickly. When one began to freeze, another was hung. 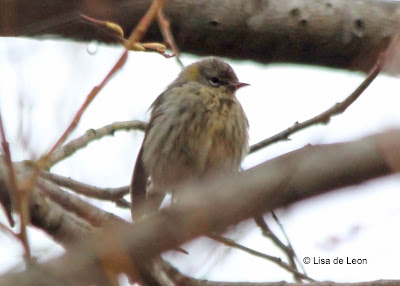 Backyard birding is very entertaining and has the potential to be very exciting. In addition to putting out feed, be sure to have a field guide on hand to help identify and provide information about the bird’s eating habits and range. A pair of binoculars will also be very helpful. With these few resources, you can join in the fun of backyard birding. 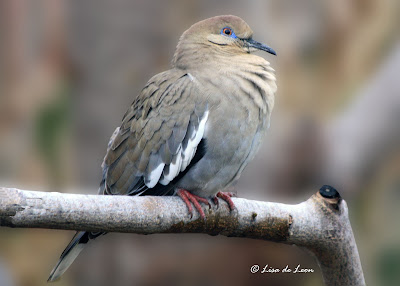 There is available a Checklist (2003) of the Birds of Insular Newfoundland and its Continental Shelf Waters produced by the Natural History Society of Newfoundland and Labrador. This checklist can be purchased for $1.00 at the Botanical Gardens in St. John’s and also is available from the Birdhouse and Binocular Shop on Duckworth Street. This list documents the occurrence and status of the birds that have been known to visit Newfoundland. Is it possible for a bird to show up that is not on the list? Absolutely! Drop everything! Make the call! The Anna’s Hummingbird was a new bird for the list, as was the Ash-throated Flycatcher that appeared at a feeder in Bonavista this year.


With all of these reported rarities showing up at feeders, I often wonder how many other rare birds have been seen but gone unreported. With a concerted effort, we could make 2013 a very “big year” for rarities by reporting all unknown birds. This can be easily done by sending an e-mail to the wingingitone e-mail listed above.


The best way to aid in the identification is to take a picture. Otherwise, sketch a picture including the size and shape of the beak, markings on the head and above and around the eye, and between the eye and the beak. Take note of markings under the chin, the presence or absence of wing bars, color of legs, overall size, color and any other distinguishing field marks. Newfoundland has had a long-standing reputation of hosting some of the rarest birds in North America. Join the team to find these birds: Feed, read and report!
Not all birds mentioned in this post are shown here. To see pictures of the Yellow-headed Blackbird or others mentioned, run a querry in the search box at the top of this page.
Note: Alignment and font is all out of whack on this post because I drafted it first in Word and then copied it over.  It didn't work out well.
Posted by Lisa de Leon at 2:19 PM