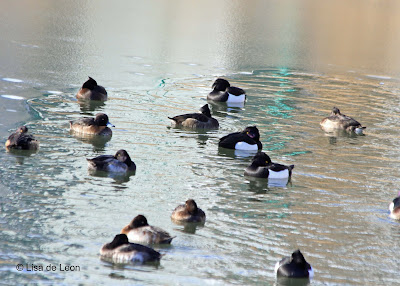 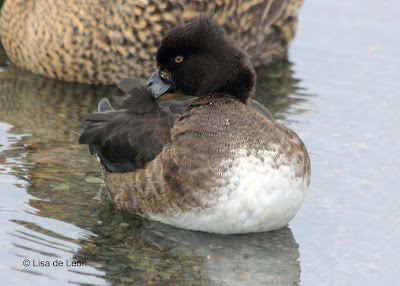 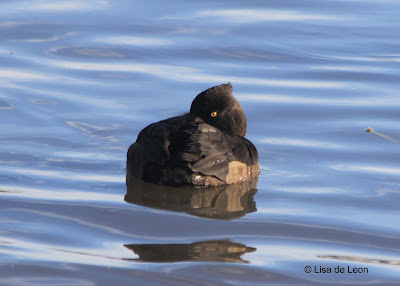 Somehow, over the last three year, I have neglected posts on Tufted Ducks. I have amassed numerous pictures of them, but never really compiled them. Today, I will try to make up for that omission. (I must say uploading pictures with Picasa is not fun. It doesn't allow me to place the pictures in my chosen order without a lot of extra effort. As a result of having to drag and drop images, the alignment in blogger gets all fouled up, making it unable to place text where I want or to break paragraphs as needed. When time permits, I will try to figure out a way around this.) 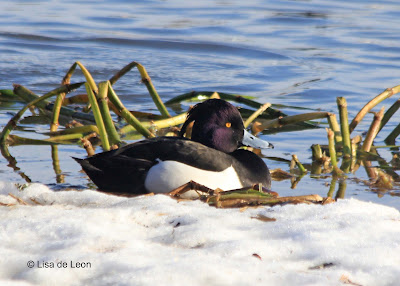 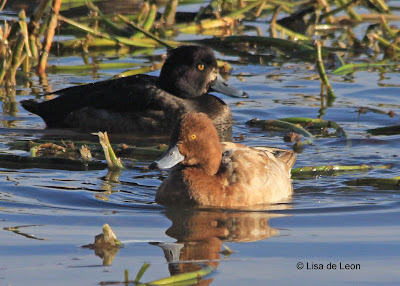 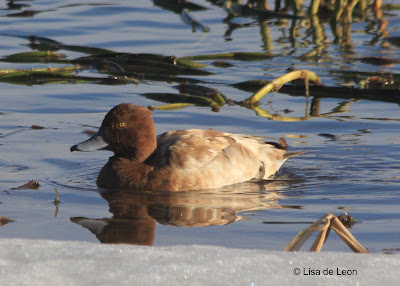 I am puzzled why the Tufted Duck is listed as "very rare" on our Newfoundland Bird List and by eBird. For my three short years of birding, I have seen groups of Tufted Ducks around St. John's each year.  This vagrant species is, however, out of its normal range.    (Again bound by the problems of blogger, I am unable to enter my text by the pictures. It's pretty frustrating.)

Tufted Ducks are pretty easy to identify, especially mature ones. The distinct tuft is a giveaway. The female tuft is much shorter than the male's and develops as the bird matures.


The picture above shows a female tufted as we expect to see her. Swimming in front is a bird that confused us all for a while. The leucistic bird showed up early in the season. As the diving ducks return to the city, tufted ducks and scaup often congregate in common areas. When appearing in mixed flocks, it was unclear what species this bird is. Then, over time, Bruce Mactavish spotted the small tuft developing on this bird. Puzzle solved. In the absence of the tuft, it is still usually possible to identify this species. On a typical female tufted duck, as seen above and below, there is very little white appearing at the base of the beak. This contrasts with the greater amount of white showing on the female scaup.
There seems to be a group of about 40 Tufted Ducks around this year, and it is pretty easy to track their movement because of the odd-one that is moving with them. As one area begins to freeze, they move to another open area, having been spotted at Kent's Pond, Burton's Pond, Quidi Vidi and even Pier 17. There was one that stayed alone a Virginia River for quite some time. 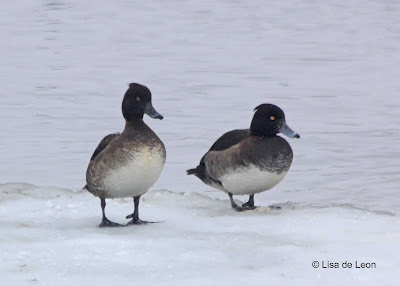 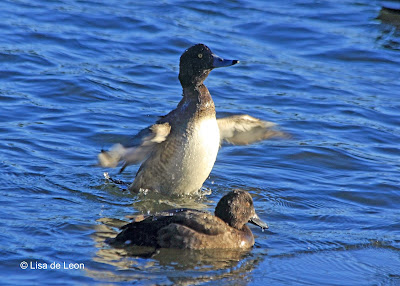 In winter the Tufted is typically found in the Mediterranean, Saudi Arabia, the Persian Gulf, southern India, Thailand and the Philippines. In North America, it is a regular in western Alaska, but is rare to the NE Coast south to Maryland and to southern California. So what is it that regularly brings these interesting little ducks to Newfoundland? Maybe the experts can weigh in on this. 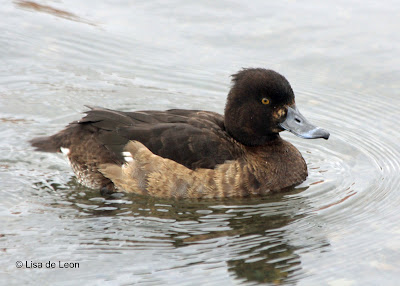 I guess the moral of this story is to be sure to enjoy the Tufted Ducks while they are here, because any year, they could just not show up.


Until then, they provide a great deal of enjoyment. By the way, there has never been a record of the Tufted Duck breeding in North America. 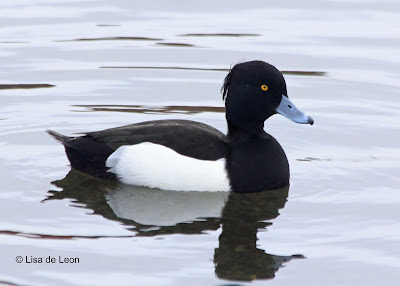