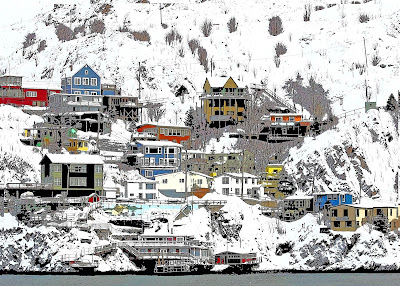 As I look outside, I see a lot of snow, frosty air, and few birds. Is this normal for January? It is a good thing I am able to review eBird reports and my own previous January posts to get a grip on this question. My year-over-year recollection can get a bit fuzzy, especially as I continue to be wide-eyed with wonder. 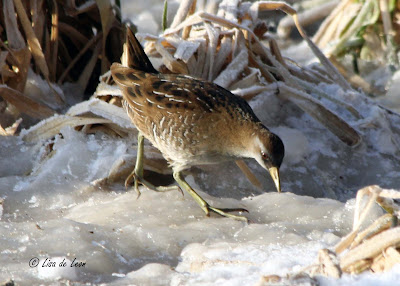 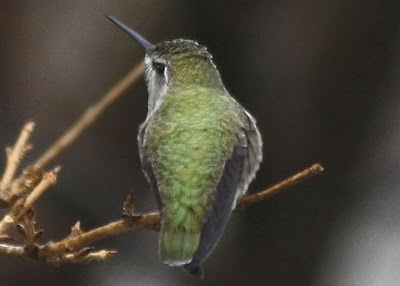 In January 2011, the most exciting bird reported was this Anna's Hummingbird. Many birders travelled to get a look at this special winter visitor. 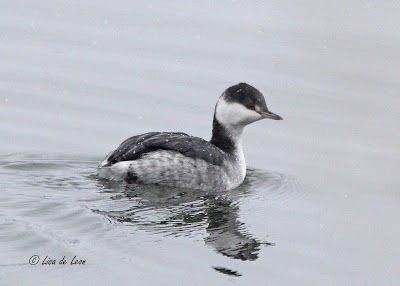 Closer to St. John's, many of us enjoyed watching this Sora  (pictured above) at Kent's Pond. Food was delivered regularly in the hopes of keeping it going throughout the winter. Our bird disappeared, and its fate was unknown. The Black-tailed Gull found earlier in the year also stayed around in January and attracted a lot of attention.

Last winter (2012) St. John's birders were treated to the arrival of a Horned Grebe at Quidi Vidi Lake. I'm not sure how uncommon this is, but it was a first for me to really get a good look at this great bird. 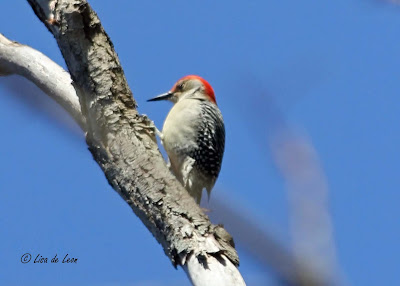 However, it was the Red-bellied Woodpecker that lingered into January 2012 that really attracted a lot of attention. It moved from Lower Rennie's River to Bannerman Park where it enjoyed suet put out in both locations. 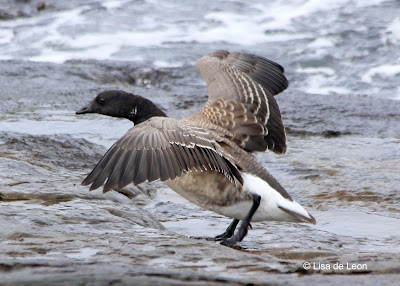 Included in the 2012 January list was the Brant seen in Harbour Grace. This year, much closer to home, a Brant has chosen to winter in Flatrock. This has provided a lot of opportunity for St. John's birders to enjoy this goose.
However, it is the Pink-footed Goose that is/was (bumped by the Fieldfare) the Bird of the Month. I think this is the first time one has knowingly wintered in NL. This bird has drawn numerous out-of-province visitors to see it at Bowring Park.

Consecutively in January, over the years we have had reports of Baltimore Orioles, Northern Mockingbirds, and of course, our regular visits of the Yellow-legged Gull and Slaty-backed Gull, which are notably absent this year. I have not seen the Yellow-legged Gull since 2011 and last year, I only saw the Slaty-backed Gull on one occasion  in January. What's going on with these gulls this year? Also notable this January are the warblers, six different species have been recorded over the last three weeks.
While January birding is somewhat predictable, there always seem to be some really good surprises, the best one so far is the report of the Fieldfare in Stephenville just this last week. Stephenville is seven hours from St. John's (during good weather, but that is not the case this week as Stephenville has been under a weather warning the whole week.) That would mean driving a minimum of fourteen hours in winter conditions to maybe see, maybe not see this very rare bird. May the winds blow it eastward!