The Story of the House Sparrow 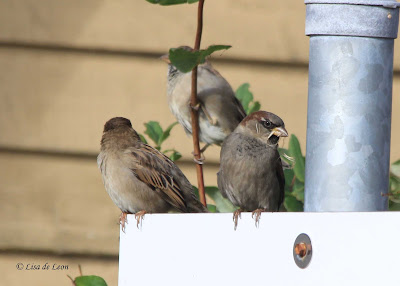 With the thermometer outside sitting at -13°, it is a sure thing I am not going out in it. This is a time for a "reach back" in My Pictures to see what I can share.  Having pondered several different topics today, I settled on the House Sparrow. This handsome little sparrow has been in the background of several of my pictures of more rare species. It is interesting to note that some of the best rare birds tend to congregate toward flocks of House Sparrows.  These include the Yellow-headed Blackbird (in Portugal Cove South), Dickcissel, Yellow-breasted Chat, American Tree Sparrow (in St. John's) and several vagrant warblers. It is also interesting to observe the types of areas that attract House Sparrow into yards in Newfoundland. These birds like cover, lots of cover. They also are often seen around wood piles, and of course, they are attracted to yards that have these features AND a feeder. As with most species of sparrows, they prefer to eat from the ground or from a flat feeder. 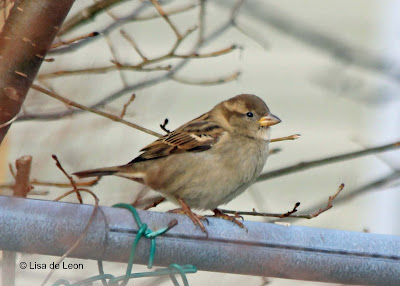 What is the back story of this bird? Well, it is not native to North America. In 1851, eight house sparrows were imported to Brooklyn, New York. When these eight didn't survive another attempt to introduce the House Sparrow was made the next year when 25 pairs were brought to New York City. They adapted and survived. Other imports were brought in. Why introduce the House Sparrow to North America? There are a lot of theories floating around the reasons. Some speculate the bird was introduced to the U. S. and Canada to provide some semblance of home and comfort to the early European Settles to these areas. 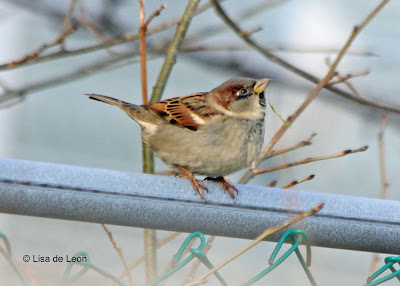 Other more earthy and economical reasons included the hope that the House Sparrows would consume the Green Worms that were damaging the foliage in Central Park, or eat the grain in the mounds of horse manure and expedite the composing process, or they would consume the bugs that were destroying the crops across the country. Were the House Sparrows effective in completing their appointed tasks? That is unknown. 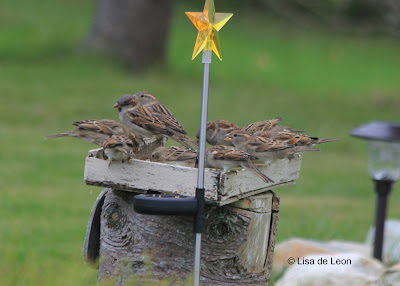 What is known is that they reproduced quickly and their abundance became a concern as they became a nuisance. It is thought that their current population in the lower 48 is 150 million individuals. As their numbers grew, their aggressive nature kicked in, and they began to chase Eastern Bluebirds from their nests, drive other insect-eating birds away from fields, and actually ate so much grain intended for the livestock that farmers felt a pinch in the cost of feed. 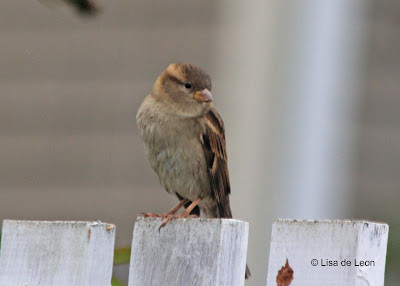 I really don't think of the House Sparrow as a nuisance, but then there is the European Starling. Now, that is another story. They, too, were introduced into Central Park, NY when 80 to 100 birds were released in 1891.  It is thought that over 200 million European Starlings cover the landscape from coast to coast with as many as 100,000 birds gathering in one flock! That is a nuisance, especially when they land in your yard! There are only three birds not protected by the U.S. government. These are the House Sparrow, the European Starling and the pigeon. Despite the lack of protection, these species are here to stay.
From my perspective, I would be really happy to see some House Sparrows move into my yard. Then again, I might be even more obsessive about staring out my window for fear I might miss a rare bird drawn in by the HS magnet.