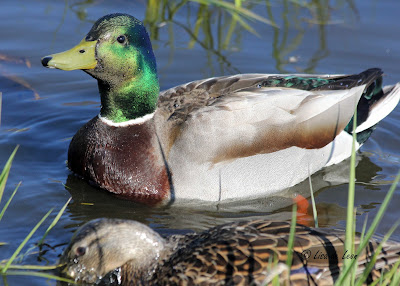 While at Kenny's Pond one evening, I watched another spring encounter. I couldn't help but feel a little voyeuristic. It started off with John and the missus having a quiet evening meal. John seemed to be keeping watch over the missus. 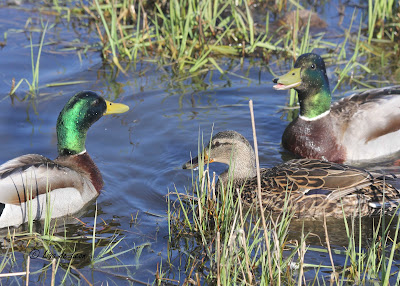 Over saunters George and John curtly says, "Beat it." The missus looks on with interest. 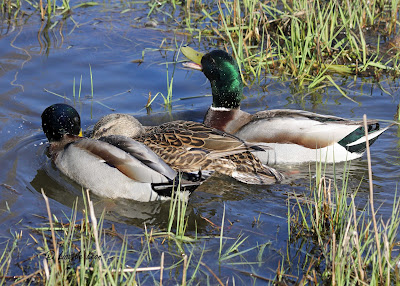 George ignores John's warning and whispers in the missus' ear. 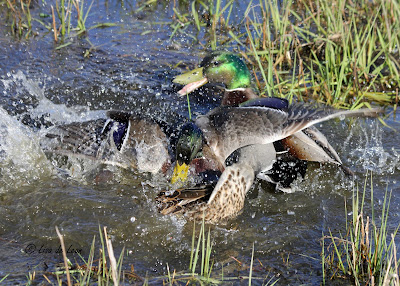 In a flash George jumped into action and John shouted at him but George was too focused to care. 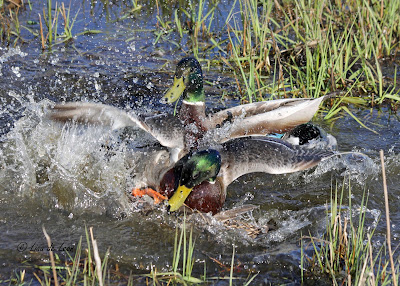 John was no fighter and stood by while George took full control of his lady. 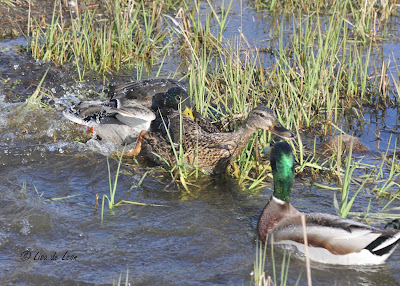 The missus managed to get her head above water and appealed to John to help her. He did nothing! 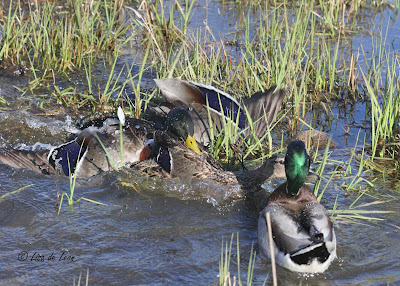 The tangle ensued. I was very surprised that John just stood by and let this happen. Where was his protective instinct? 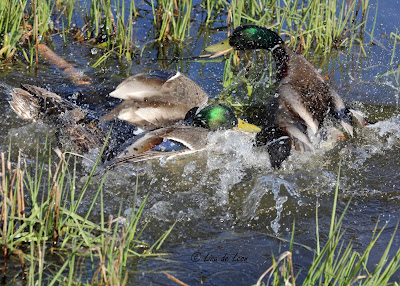 Finally, when it was too late, John jumped into action. George backed off having had his way with the missus. 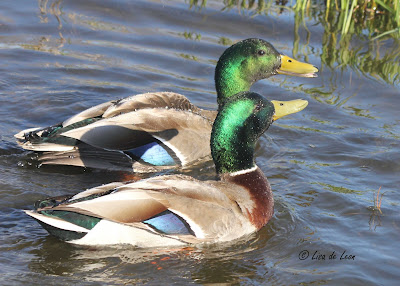 Moments after the water settled, John and George were buddies. What was that all about?


Mallards are generally monogamous but sometimes a paired male will stray. Mallards are also among the most common cross breeders. Now, this makes me wonder which of these two will hang around to raise the brood?


What do mallards eat? They are considered omnivorous as they eat both plants and animals.  They are often found by in or around shallow waters where they eat aquatic plants, insects, insect larvae, lizards, and crustaceans as well as grain, seeds, and fruit.  Their diet changes with the seasons; when one food supply is no longer readily available they will change their diet. This allows them to move around over a wider range and increase their ability to survive.  Thanks to Paul Barrett for the information relating to diet.

Be sure to click on the pictures to see larger images.
﻿
Posted by Lisa de Leon at 9:01 AM