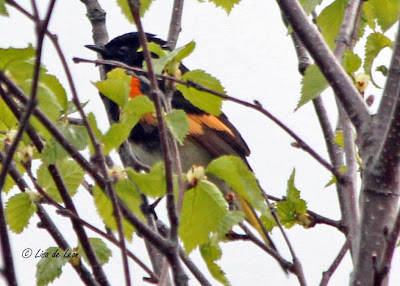 It was just a few days ago when I found a few American Redstart along the side of the road.  I could hardly see the bird but I saw flashes of orange, and I was sure what it was.  Today, I stopped by the same area where I paced a short stretch of the road for more than an hour. My patience paid off. 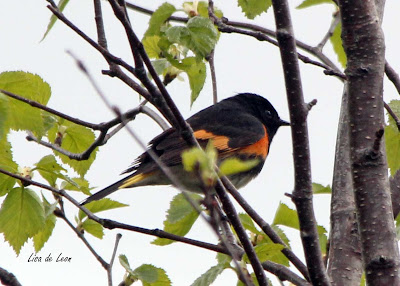 In the beginning there was no bird activity at all on the road, but I was sure the Redstarts must still be around. At last, I caught sight of one. It played the same game as last week - stayed away from the road and hidden in the branches. 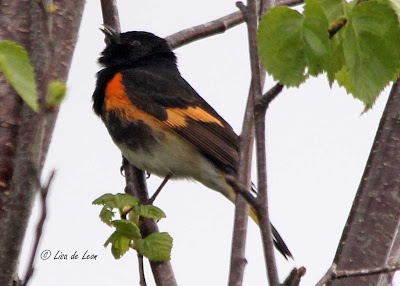 With a few twists of my bird call, it moved out into the open albeit still away from the road.  I maneuvered until I finally got a clear shot of it. 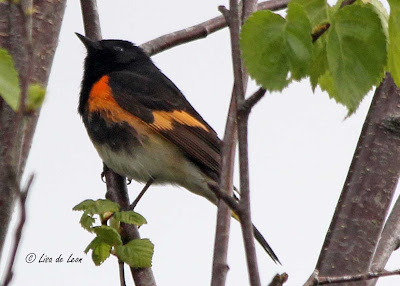 What a stunning bird and it even sat and sang me a brief song. Some people refer to this as the "butterfly  of the bird world," so named for its pattern of fluttering and the orange on its wings and tail. 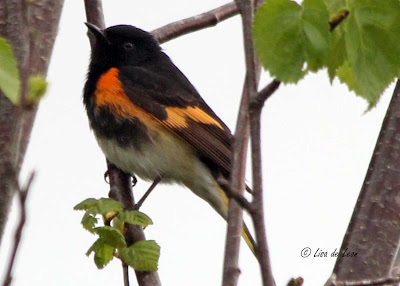 I have never had such a good look at the male American Redstart, but three females turned up in my yard two years ago.  Today, I caught sight of several females, but they simply would not come out into the open. 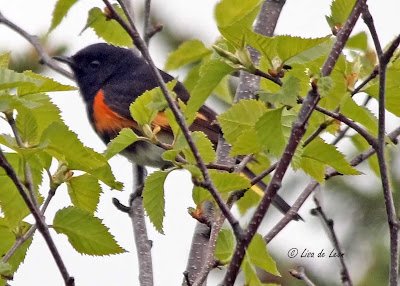 While waiting so long for the Redstart to show up, I saw one of almost every kind of bird on the go now.  The hour on this road flew by as quickly as the Redstarts.

Click on images to enlarge them.
Posted by Lisa de Leon at 3:27 PM