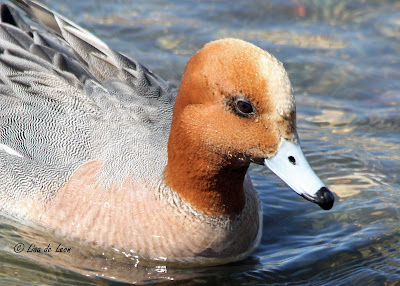 This pair of Eurasian Wigeons has been residing at Kenny's Pond for quite a while now. This uncommon bird can be seen around the city most every year, but this pair is staying so late. Is it possible that they might breed here? That would be really special. 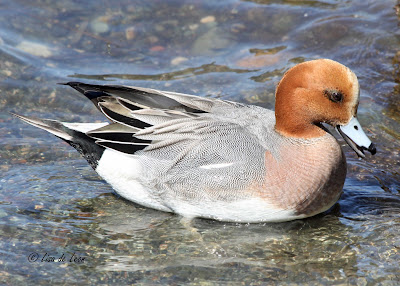 I have visited the Eurasian Wigeons at Kenny's Pond several times in an effort to get favorable lighting and capture a few good shots of this stunning male. Its rufous-brown head is brighter than I can ever remember seeing. 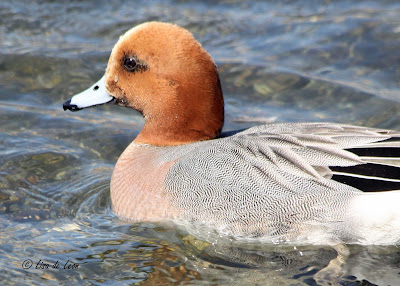 For walkers around the pond, this dabbling duck is a show-stopper. Many people paused to ask me about the bird while I was taking pictures. One regular walker said she had been walking the pond for five years and hadn't see this kind of bird before. 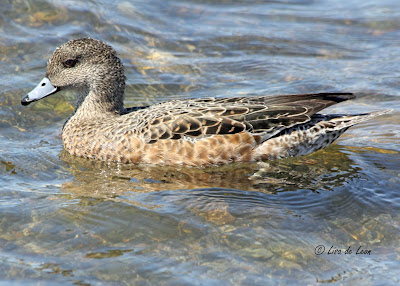 That got me thinking...what birds do visit this pond regularly and what rarities have just dropped in?  I checked the Discussion Group and came up with quite a list of the usual and unusual visitors to this small city pond.  I was astounded by the variety.  Kenny's Pond seems to be a catchment area for many birds. 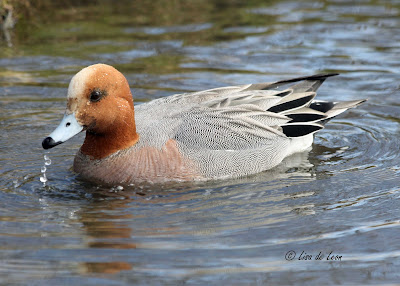 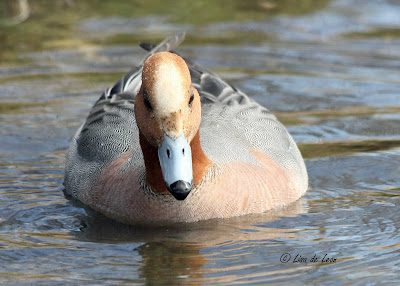 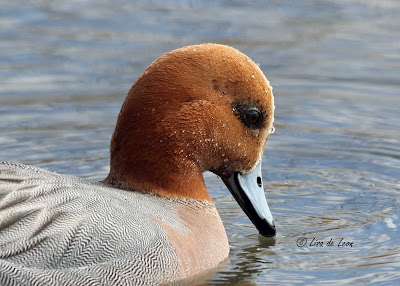 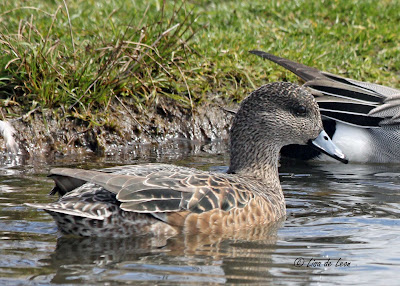 This amounts to 50 different species spotted on or around Kenny's Pond. Wouldn't it be great if residents of the retirement home could add another delightful dimension to their daily walks by learning to identify, record report their sightings. Operation Pond Watch! ﻿
Posted by Lisa de Leon at 7:12 AM