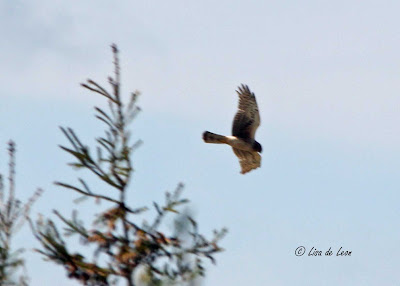 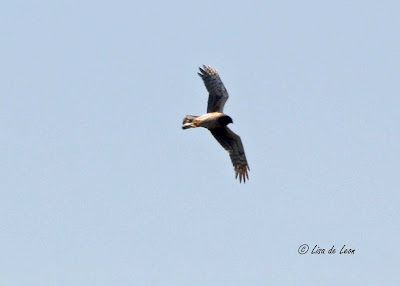 I went on about my birding the rest of the road and toward the end of my scouting, I decided to return to the area to see if I could get a picture. 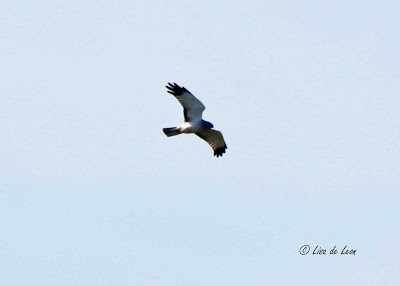 As soon as I rounded the bend at about 4 km. in the road, I saw a flurry of activity.  I pulled forward, readied my camera for any opportunity and started watching with my binoculars. 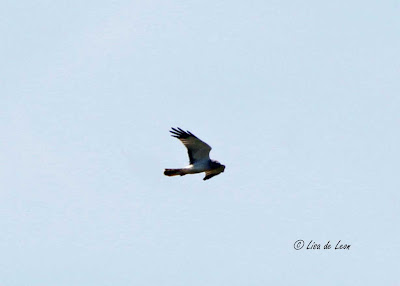 Wow! What was going on?  There were two harriers, one was clearly a male and the other, a female. But wait, there was also a Northern Goshawk among them briefly.  I didn't get a shot of it as it was too far away. 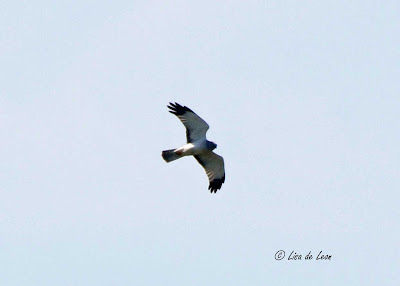 This was my first time to see a male Northern Harrier and it was stunning. 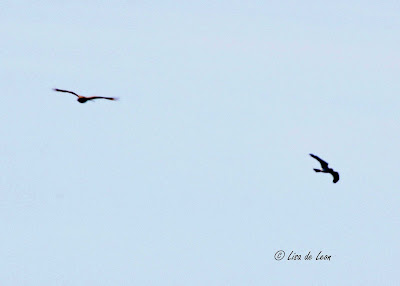 Getting to see the male and female side-by-side, I will always be able to differentiate them in the future.  I wondered if the pair might be nesting in the area.  I returned to the spot, twice, yesterday and I couldn't find any sign of them. Maybe they decided the areas was just too busy. 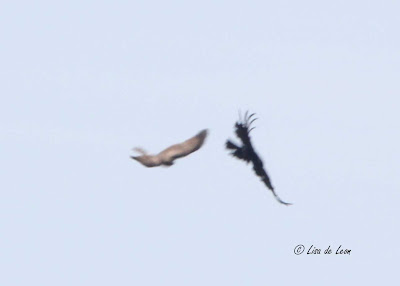 I watched as the action intensified. Both harriers were very aggressive. Of course, the crows had moved in to get in on the action. The harriers were chasing the crows.  This poor crow looked like it has been in a major fray. 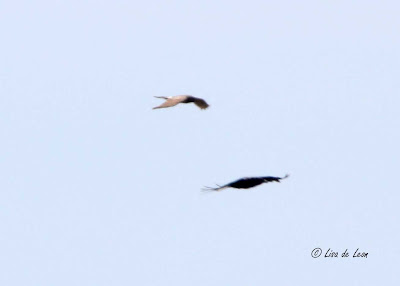 The harriers persisted until the crows were driven off. 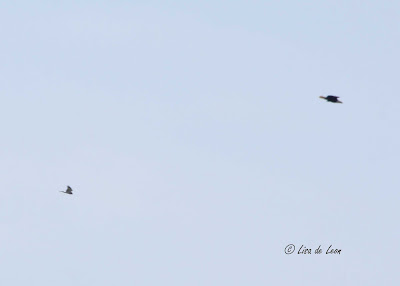 Then, a Bald Eagle moved into the area.  The harriers immediately turned their attention to the eagle and drove it off. 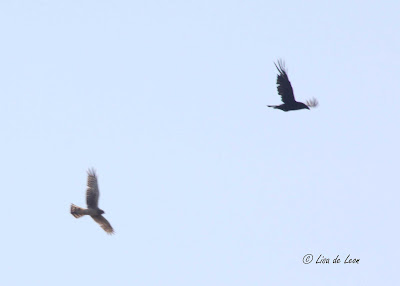 I may never see another multi-raptor event such as this again but the memory of this time will stay with me for a long time.
Posted by Lisa de Leon at 7:31 AM