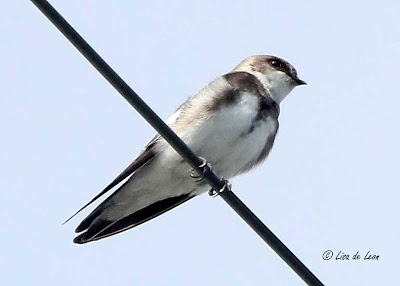 It's not every day that I get a new bird in Newfoundland. During my early days of birding it was quite common to see a new bird at least once a week. Now...not so often. In fact, it has been several months since I have seen a "life" bird. Today, I broke the long drought with this great little Bank Swallow. 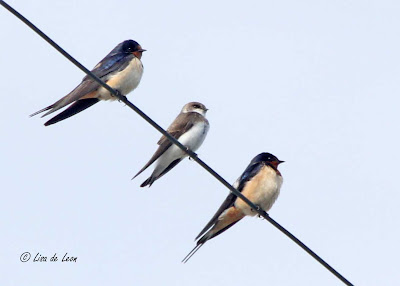 At the start of my day of birding, I stopped at Fourth Pond. It doesn't always yield birds, but when it does, they are often good ones. Last year, Catherine Barrett had a Ruff here.  Every time I almost pass the road by, I think of that great find, and I am motivated to drive down to the pond. 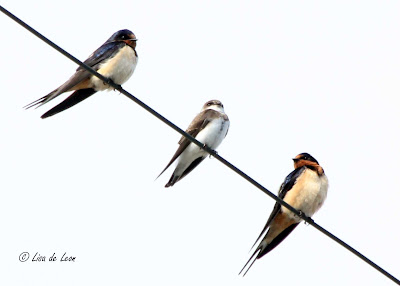 Before I reached the pond, I spotted swallows sitting on the wire. I slowly inched my way underneath them and opened my sunroof. At last, I was going to get some better pictures of the Barn Swallow.  Their colors were brilliant in the morning sun. There were also Tree Swallows about. 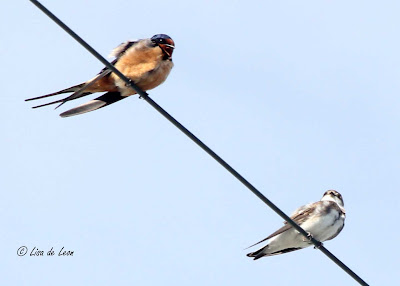 I stared at the group of swallows on the wire and finally, came to the conclusion that one of them was different. In the beginning, I thought it was a Tree Swallow, but it definitely had a dark collar and didn't have the blue/green color anywhere. 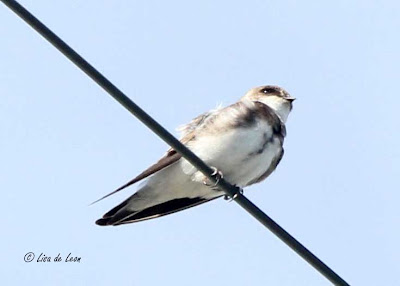 I really looked this bird over and found it to be very small, even smaller than a Tree Swallow. Its tail was smaller and different from a Tree Swallow.  Guessing, I concluded it was a Bank Swallow. I wouldn't dare take my eyes off of it to check my guide for fear that it might take off. 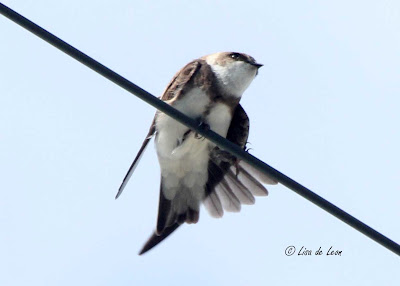 It began to squirm a bit and gave me a slightly different view. Had to be a Bank Swallow! I have never seen one, and I was pretty excited. 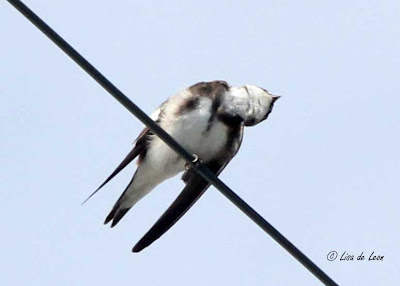 Then, it struck a fitting pose for a May 2-4 weekend. Perhaps he had a late night. 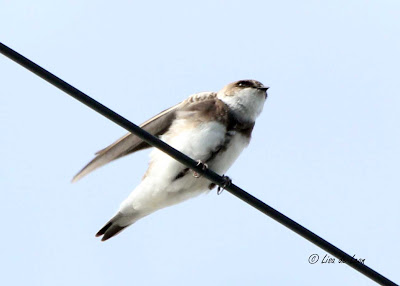 Checking the NL Bird List, I found that both the Barn and Bank Swallows are uncommon breeders in Newfoundland. I feel quite lucky to have been able to get such a good look at both species this morning.

I haven't forgotten about the Tree Swallow, but plan to dedicate a post to it in the future. The good news is that a male Tree Swallow has been in my yard for the last three mornings straight....checking out my nesting box.
Posted by Lisa de Leon at 5:20 PM