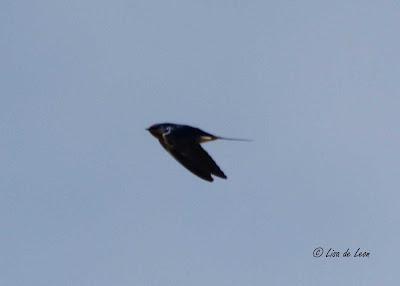 On April 20th, I stopped by Bowring Park in an attempt to get a look at the Northern Goshawk action that had been reported there.  I strolled around the back trail for a little while and headed back again. Then, I saw all of the pigeons lifted off in unison, and I started to scan the sky. I caught sight of the Goshawk flying over the trail overpass and disappear. 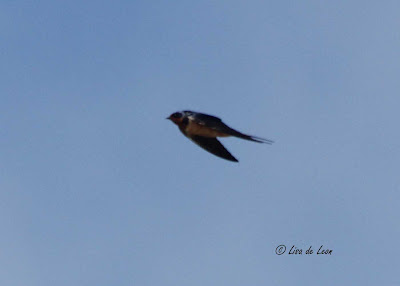 It was a nice day so I decided to sit on a bench and wait for its return.  I was enjoying the setting and sat for quite a while.  All of a sudden, I spotted a blur of brown flying into the trees near where the swan is nesting. Hmmm, I wondered what that was. 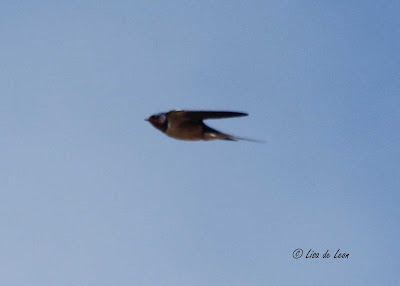 It wasn't long before the blur emerged again, and I recognized it as a Barn Swallow right away. I watched it in the hopes of seeing a pattern in its movement so that I could predict its direction and get a few pictures.  This guy showed no predictable pattern of movement - just fast! 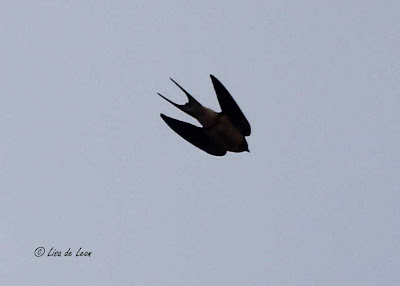 I quickly found that I had a better chance of capturing it when it was high, not when it was darting low and close to me. 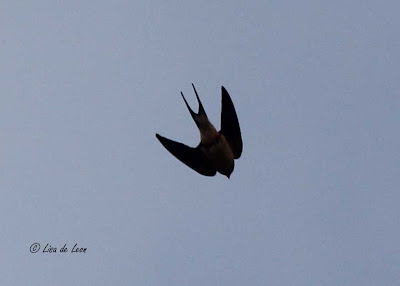 Just like in Ferryland, I began to wonder if there were two, because it would disappear in one direction and reappear from another. I ultimately concluded there was only the one very agile and very quick bird. 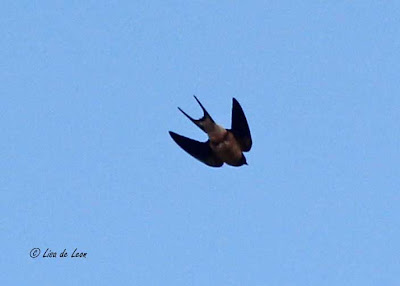 Sometimes, it disappeared for as much as five minutes and then would reappear. I was able to track its movement over the river where it flew high and far.  Then out of nowhere, it was back again. 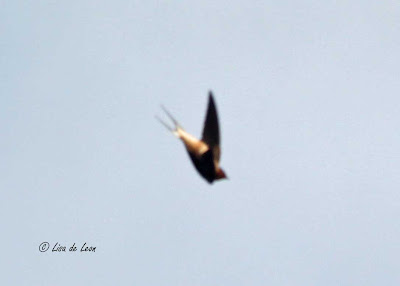 I found this shot really interesting as the swallow literally seems to be doing a full loop. 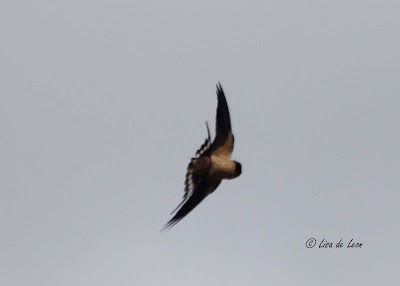 This is the only shot that I ever got of a Barn Swallow showing the tail fanned. The white tail spots on it deeply notched tail were clearly visible.
The 30 minutes that I spent with this bird were not only entertaining but also quite educational. I dropped by the area a few days later and couldn't find it again.
Posted by Lisa de Leon at 9:00 AM